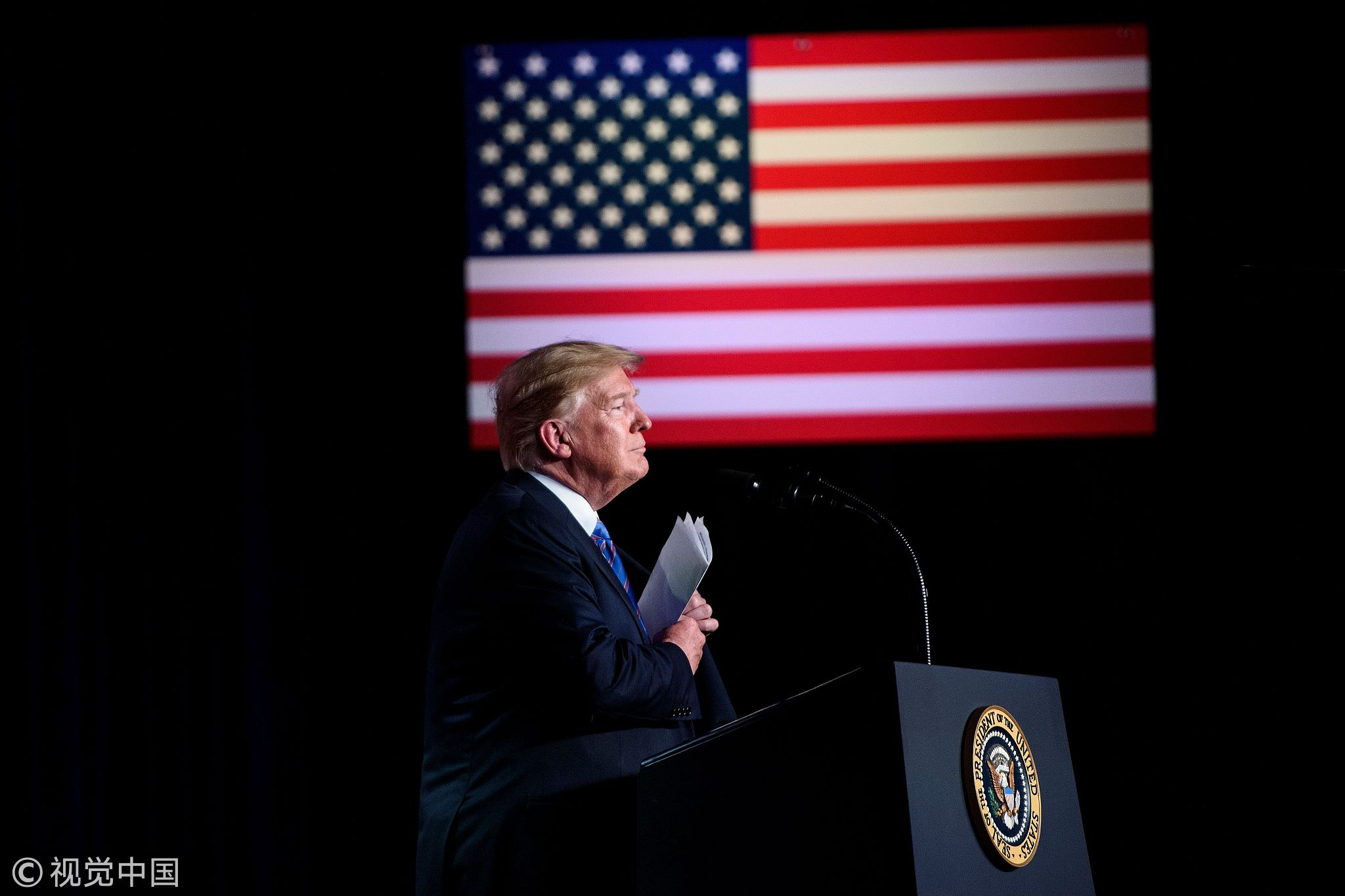 July 3, 2018: US President Donald Trump puts papers away after speaking during the Salute to Service dinner at the Greenbrier resort in White Sulphur Springs, West Virginia. (Photo: VCG)

President Trump has threatened to impose tariffs on Chinese imports worth 50 billion US dollars, more than the amount of China’s total exports to the US in 2017. This is certainly an irrational policy.

As the world's largest and second-largest economies and markets, the US and China have already developed close interdependent economic relationships. But Trump’s decision to add tariffs on all Chinese imports is meant to close the gate to all Chinese goods.

In view of this, as an import-oriented consumer country, can the US produce and manufacture all the goods on its own? Or can it find replacements overnight? If not, it is certainly American consumers who will have to suffer first.

Besides, American businesses cannot afford to lose the Chinese market, which for them, is actually a long-time pursuit.

As a matter of fact, Trump’s excuse of a deficit for waging trade wars against the world is groundless, and the so-called fair trade and trade balance reasons he offers are just preconditions for realizing his "America First" goal by looting the whole world.

Close US allies, like Europe and Canada, are also hit with the tariff imposition, as well as other countries. So far America, under the Trump administration, has withdrawn from several international organizations and said to be thinking of withdrawing from the WTO right now, perhaps even from the United Nations sometime soon.

So what is his real purpose to all of this? Can he really lead the US to be great again? Not really in the long run due to the fact that Trump is quickly losing the world and support of many people who followed the American model that used to advocate democracy, freedom and individual rights.

The American President is practicing trade terrorism right now since he cares for nobody but the "America First" goal; he cares only for short-term gains rather than long-term profit; he cares only about money and by whatever means he can get it. In order to pursue America's national interests, he is ready to sacrifice any other country’s. Only Nazi Hitler could compare with him in this regard. But Hitler’s tragic lesson tells us that he who plays with fire will be burned at last.

Even Trump’s support at home is increasing to a surprisingly high level, it does not mean he is marching in the right direction since Hitler’s policy was also supported by Germans before and during the WWII.

This means that American political system of checks and balances will not be able to curb a crazy and Hitler-like racist politician like Trump.

The American values of democracy have been surprisingly and quickly eroded by Trump’s isolationism and protectionism, as well as radical populism.

As long as Trump is in power, such a trend will not be reversed, until more and more Americans realize that it is dangerous and ready to take action to stop him. But at present, there is no clear sign to prove that there is another choice at all.

Trump is overdrawing American soft power and international moral image since he is never trusting of anybody, perhaps except his family. How can the leader of the lone superpower provide the world-leading role it once did?

Even the American allies will be cheated, offended, and periodically punished, let alone countries like China and Russia perceived as strong rivals. In one word, he does not care about how to lead the world, though he wants the world to follow him.