OPINIONS Why does Asia need a 'new' security concept?

Why does Asia need a 'new' security concept?

On May 21, 2014, Chinese President Xi Jinping delivered a keynote speech entitled "Actively Establishing an Asian Security Concept and Creating a New Situation of Security Cooperation" at the fourth summit of the Conference on Interaction and Confidence Building Measures in Asia (CICA) in Shanghai. 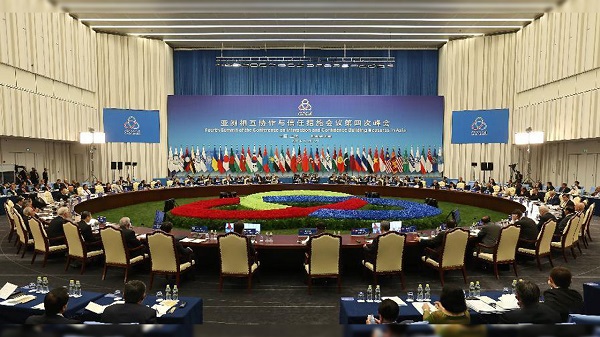 The opening session of the fourth summit of the Conference on Interaction and Confidence Building Measures in Asia (CICA) was held in east China's Shanghai, May 21, 2014. (Photo: Xinhua)

He elaborated on the meaning of a common, comprehensive, cooperative and sustainable Asian security concept and advocated a path of building, sharing and achieving win-win security in Asia. In the past five years, China has practiced these concepts in security cooperation.

The new security concept is in nature a brand new path to security. Obviously, China has its own unique understanding of regional and international security. The key element of security is that any country's security should not be built at the cost of other countries' security and a group of countries should not put the group's interests above world peace and target other countries as rivals.

Regional hot spots as well as long-term disputes constantly influence the regional stability. That's why China suggests that global governance should be strengthened. As China has pointed out, development is the foundation of security, and security is a precondition for development.

Besides, development is of key importance for resolving regional security issues, and an important element in addressing both symptoms and root causes of security, and building up a strong foundation for security. Based on the new concept of security, China endeavors to establish a community of shared future for mankind, in which countries work towards a world of common security.

Specifically, regional security cooperation needs to be improved in Asia, if not, zero-sum thinking and Cold War mentality would cause more obstacles for building mutual trust and ensuring safety, and the countries would fall into a vicious cycle of security once every country tries to serve its own security at others' expenses.

The region is in need of frank dialogue to avoid miscalculation, in order to reduce security threats. For example, it is very likely for regional countries to achieve a win-win situation in security through cooperation in some less-sensitive fields, such as environmental protection, disaster relief and anti-piracy, to start with. 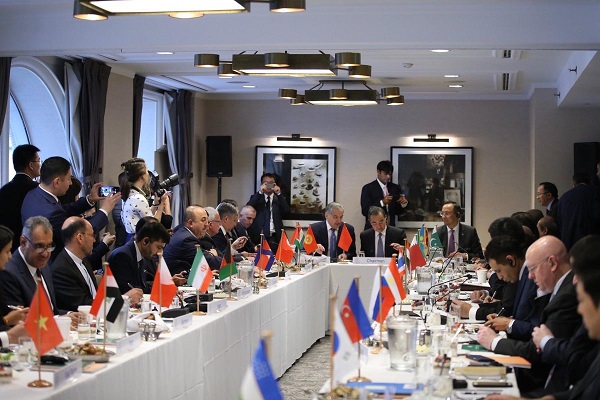 Based on the new concept, China has played a positive role in regional security. First of all, China is consistent in managing disputes with neighboring countries. With China's efforts, China and the Philippines have returned to the right track to resolve their territorial disputes through bilateral talks. China and ASEAN members have made remarkable progress in reaching a code of conduct in the South China Sea.

China insists a peaceful resolution to disputes. Since 2018, the Korean Peninsula has witnessed some positive signs. It has been proven that China's proposal for double suspension, which requires the Democratic People's Republic of Korea (DPRK) to suspend its nuclear and missile activities in exchange for the suspension of large-scale U.S.-Republic of Korea (ROK) military exercises, has called for self-restraint from related parties and cooled down tensions.

Currently, China is supporting the implementation of the dual-track approach of denuclearizing the Peninsula while establishing a peace mechanism in order to achieve a final solution to the Korean Peninsula issue.

As for Afghanistan's reconstruction, China has always underlined the role of domestic development. China believes that terrorism and violence should be dealt with through support from the willingness of local people. Development will help local people improve their living conditions and prevent them from becoming terrorists.

Chinese people are in pursuit of the Chinese dream of great national rejuvenation. Meanwhile, Beijing stands ready to support and help people across Asia to realize their own great dreams.

China's proposal of a new security concept will provide development opportunities for all countries. It is time to work with each other to strengthen regional stability.