Why DPRK snubbed the Panmunjom anniversary 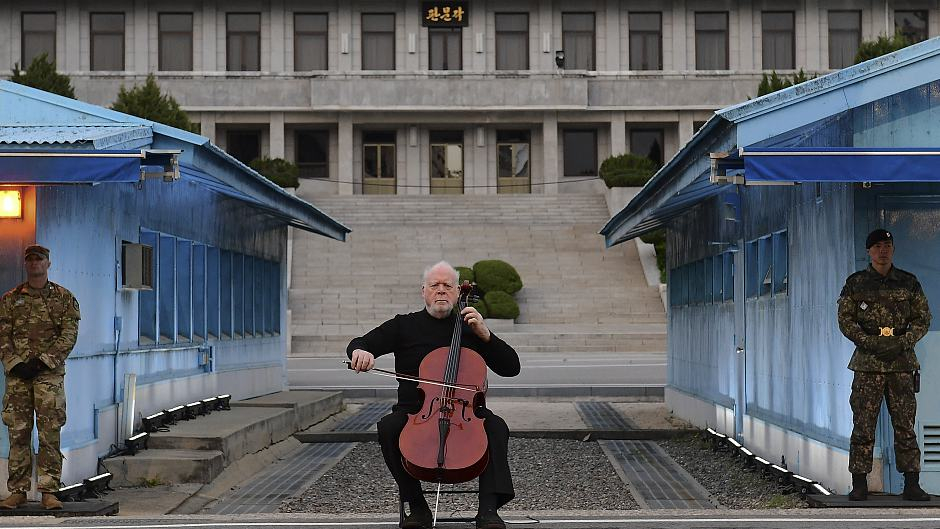 Several days ago marked one year since President of the Republic of Korea Moon Jae-in met with the DPRK leader Kim Jong Un in the armistice village of Panmunjom, famously divided between the two countries. The meeting was heralded around the world for its message of hope and optimism, as the leaders produced together a peace agreement termed the “Panmunjom declaration” which envisioned a permanent change to the status quo on the Korean peninsula, declaring an end to effective hostilities.

In the wake of that anniversary, South Korea was celebrating it. The Blue House released a statement, whilst peace activists formed a gigantic human chain which stretched from one side of the DMZ to the other.

However, something was to be noted: the DPRK had no involvement. Rather than joining in the celebration of peace, Pyongyang instead chose to sit out, its criticism of South Korea is growing by the day. A recent report found that it had also been skipping a number of meetings at the inter-Korean diplomatic liaison office in Kaesong, a key part of that very agreement signed last year.

Why is this happening? Feeling that South Korea has made a number of promises that it is failing to fulfill, exclusively in the field of inter-Korean economic engagement, the DPRK is deliberately demonstrating discontent against its Southern counterpart.

With the United States refusing to budge on the matter of sanctions relief, Pyongyang effectively sees no value in engaging further with Seoul if it will not deviate from Washington's position; seeking instead to try and directly approach the US. Such a strategy of course poses risks for the DPRK, in particular by undermining the credibility of Moon's domestic peace agenda and empowering right wing, anti-North Conservatives.

The DPRK's diplomacy towards the South cannot be understood without analyzing its own perspective towards its southern counterpart. Although Pyongyang's claims that South Korea is a direct vassal or “Puppet government” of the US are somewhat exaggerated and outdated, they are nevertheless astute in recognizing the dynamics of power in the US-ROK alliance and noting that Washington holds significant leverage over Seoul in high matters of foreign policy.

In essence, the Republic of Korea is not able to make “big” decisions related to the DPRK without American approval. This means although the two Koreas can negotiate together, there are clear limits to what South Korea can offer without requiring the approval of the United States.

On no issue has this been truer with the issues of denuclearization and sanctions relief. With extensive unilateral American sanctions blacklisting Pyongyang from the global financial and corporate system, as well as Washington holding the keys to any UN sanctions relief, the result is that Seoul is simply obligated to abide by US policy limitations whether it likes or not, with lobbying by Moon to the Trump administration falling on deaf ears.

For the Blue House, this is especially problematic, not least because within the Panmunjom declaration a number of bilateral promises were made to resume inter-Korean economic projects, which are now de-facto blocked by Washington.

Given this, in scenarios such as these when the DPRK cannot get what it wants from Seoul, who are forced to fall in line with the US, it employs an age-old tactic of simply dismissing them with the view to directly baiting Washington with the view of negotiating more firmly with them.

This can apply itself in a number of ways. Pyongyang may simply go cold on Seoul's efforts to approach it altogether, as was the case in 2017, or it may resort to more serious provocations of a military nature to force America's hand, which also constitute most of the events of 2016 and 2017.

Owing of course to the fragility of on-going talks, as well as the clear lack of temperament from the Trump administration, Kim has chosen the former. Hence now, Pyongyang are skipping liaison meetings, ignored the Panmunjom anniversary (although they have legitimate grounds to claim it's not being fulfilled), upping disgruntled rhetoric through state media and of course toying with a return to testing and confrontation if America refuses to listen.

The strategy of course poses risks for the DPRK too. Although Moon Jae-in is rendered powerless to act further on inter-Korean issues due to the US, nevertheless by shutting out Pyongyang effectively serves to undermine his domestic peace agenda and empower his opponents who are arguing that attempts to engage with the north are a waste of time. This may in the long run serve to turn Seoul more hostile, closing a window of opportunity which the Blue House managed to open in the first place.

Thus in summary, if things are to move forwards between the two Koreas, it will ultimately hinge on the results of Pyongyang's negotiations with the United States. If that doesn't change, then Seoul will largely receive a cold shoulder.