OPINIONS Why is Ecuador so eager to get rid of the 'stone in the shoe'?

Why is Ecuador so eager to get rid of the 'stone in the shoe'? 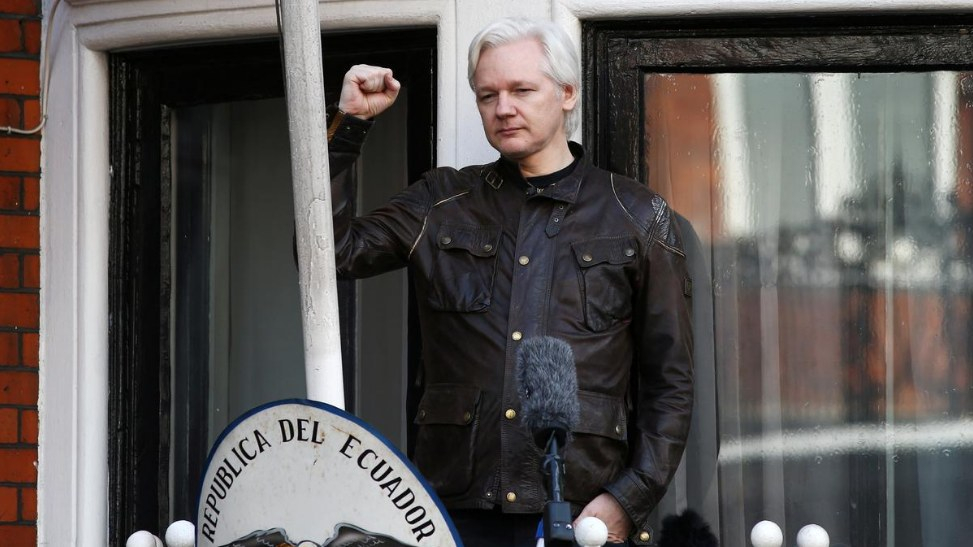 A group of UK police entered the Ecuadorian embassy in London on April 11 and arrested Julian Assange shortly after the South American country had decided to revoke the WikiLeaks founder's Ecuadorian citizenship and rescind his asylum, which brought the seven-year diplomatic marathon to an end.

It all started back in 2012 when the Ecuadorian government decided to shelter the Australian who had already leaked thousands of classified files revealing war crimes, human rights abuses, and corruptions of the US, making himself a thorn in the flesh of the world's sole superpower.

The decision of the former leftist President Rafael Correa was at that time considered a vigorous act against hegemonism and was highly praised by other Latin American leftist leaders.

But seven years later, everything has changed.

For the Ecuadorian government, sheltering Assange has become a heavy burden. In a presentation before Ecuador's parliament, the foreign minister, José Valencia, listed nine reasons why Assange's asylum had to be withdrawn, including rude, ungrateful behavior and meddling in Ecuador's relations with other countries.

According to Valencia, Ecuador had spent more than 5.8 million US dollars on its guest's security between 2012 and 2018, which is quite a lot of money for a small Andean country.

Ecuadorian President Lenín Moreno had made little secret of his desire to oust Assange from the embassy building in west London. He has been repeatedly talking about revoking Assange's asylum ever since he won the presidency in 2017.

In a video address on Thursday, shortly after the police took Assange away by force, he accused Assange of breaching the "generous" asylum conditions offered by Ecuador, installing forbidden electronic devices and "threatening the government of Ecuador," trying to defend his decision sharply criticized by those standing for press freedom.

The president's argument sounds persuasive, but besides what he has said, there may be more reasons for him to get rid of the "stone in the shoe."

Firstly, Moreno is trying his best to differentiate from his leftist predecessor, Rafael Correa. Moreno was the candidate for Correa's Alianza País party in the 2017 presidential election, but he soon distanced himself from Correa by altering Correa's political and economic policies, as well as eliminating Correa's qualification for re-election in a referendum.

As the relationship between the two presidents has switched from close comrades to bitter enemies, Moreno's top political concern is to eradicate all the “inherited problems” that was once Correa's political legacies. Unfortunately, giving Assange unconditional support is one of them.

Moreover, the political environment has shifted dramatically after Moreno came to power. The decade-long leftist movement, known as the Pink Tide, of Latin America, has come to a decline as the Venezuelan late President Hugo Chaves passed away and Mauricio Macri started to lead a right-wing government in Argentina. Protecting a political refugee and going against the US is no longer seen as a heroic act but an inappropriate decision that would not receive any support from Ecuador's neighbors.

Last but not least, Moreno wants to eliminate all impediments to a better relationship with the United States. In recent years, Ecuador´s economy is facing serious trouble. It has seen a GDP growth of just 1.4 percent last year, and its external debt accounted for 38.2 percent of the country's nominal GDP in 2017. The Andean country has not yet recovered from the devastating earthquake in 2016, only to find itself struck by more input social problems after the so-called Venezuela Crisis erupted.

In order to improve the country's external environment and acquire more financial aid from the international market, Moreno has few options but to spare all efforts to get close to the northern superpower, especially when Ecuador has just received 4.2 billion US dollars from the IMF, an organization under the influence of the US Surrendering Assange in exchange for the support of the US sounds like a good bargain.

Unsympathetic as it is, for a small developing country whose currency in circulation is US dollars, Ecuador doesn't seem to have much choice.