OPINIONS Why is English a pivotal tool for Greater Bay Area?

Why is English a pivotal tool for Greater Bay Area? 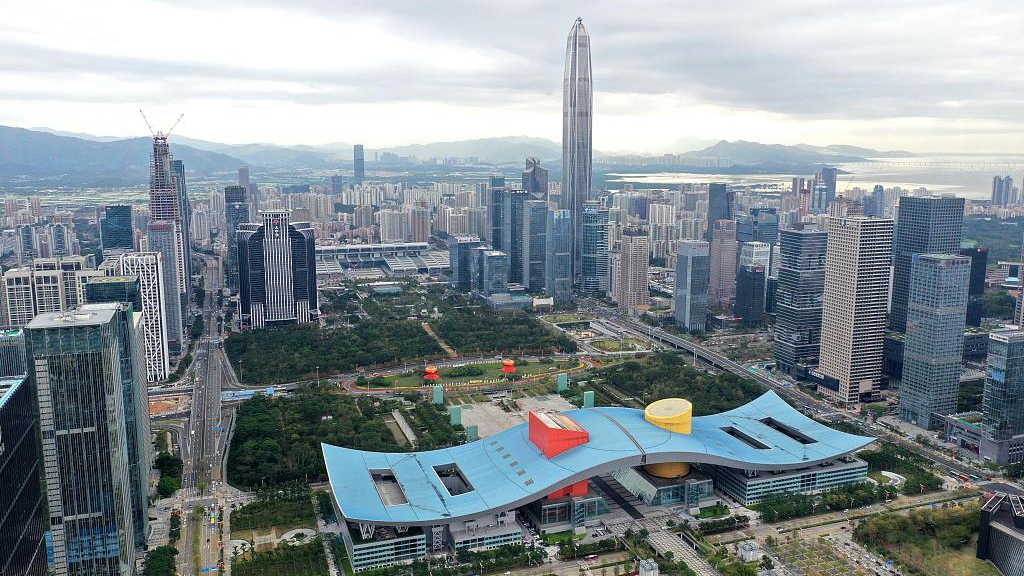 Editor's Note: Feng Da Hsuan is chief adviser at the China Silk Road iValley Research Institute and former vice president of research and economic development at the University of Texas at Dallas. The article reflects the authors' opinion, and not necessarily the views of CGTN.

On February 18, China issued a development plan for the Guangdong-Hong Kong-Macao Greater Bay Area (GBA), with the goal of developing the region into a global innovation center in science and technology.

As expected, the plan stimulated a torrent of discussions regarding GBA's conditions to be so transformative.

One such discussion was related to the English proficiency of the people living in GBA. In today's world, especially in the fields of science and technology, to communicate and interact with the outside world is a must. And to do so, the use of English is critical and irreplaceable.

With that as the goal, proficiency in the English language appears to be a must and not a luxury for the GBA region when it has such a grand mission outlined by the government.

Without question, at least in today's world, English holds a dominant position in communication. As the Financial Times put it, “The British empire carried English to all those countries on which the sun never set; American economic and cultural clout ensured English's Global dominance after the British empire had faded."

In the 21st century, knowing sufficiently well the English language carries another vital reason. Furthermore, it is now well recognized that in the geo-economics arena, having proficiency in the English language, especially understanding the nuisance of the language with its rich and robust cultural underpinnings, has a positive relationship with per capita exports, per capita income and service economy, especially for export-oriented economies.

Yet, unlike say several decades ago, regions which are behind the advanced nations in science and technology can assimilate the knowledge first and follow by copying or reverse engineering to produce a better product.

Certainly, after WWII, this was the modus operandi of Japan. Of course, to do so was in general very time-consuming.

In the GBA today, especially in Guangdong Province, much of its internet and technological enterprises are still following the Japanese modus operandi of the '70s, namely extensively improving the concepts and products of the European and United States.

Unfortunately (or fortunately,) in today's information age, rapidity is the name. The current process is no longer acceptable.

For example, the primary reason for a number of the modern-day Chinese technological enterprises is successful not because they are “copy-cats.” They are successful because they rely heavily, if not exclusively, on the companies' aggressive and internally well-funded and talented R&D teams to pursue advanced technology and marketing research.

To be successful in such an endeavor, just as their peers in the global landscape, such companies must immerse in totality in the global environment.

Indeed, without an all-around and deep cultural and nuisance understanding of the foreign peers, business partners, collaborators even competitors, namely a global mindset, this could only be comprehensively achieved with the extensive usage of the English language.

There is no doubt that all this would be very difficult if not impossible for such companies to be as successful as they have been in the global landscape.

We know that in the past half-century, high technology has emerged as one of the driving forces in the globalization of modern industry and economic growth.

Therefore, to fully appreciate the profound meaning and to understand its technical complexities, the general usage of the English language is a must.

Over 80 percent of the scientific papers submitted are presented in English; it is essential to have a profound understanding of English for the latest global scientific development and technological innovation.

It is similar to that in the field of online information, in which more than 60 percent are conveyed in English. It is in this sense we refer to English as a tool to communicate with the outside world.

Having GBA's aim so clearly spelled out, it is nevertheless true that according to reliable data, there is indeed significant room for the population in the GBA to improve the English cognition skills.

For example, according to the survey carried out by the International Education Group “EF Education First,” which ranked the English proficiency of regions/nations for Asia, Hong Kong is ranked the fifth, after Singapore (ranked first,) Philippines, Malaysia and India, and Macau is the eighth (even Korea and Vietnam are ahead of it.)

We should point out that having a sufficient understanding of English is no guarantee for the GBA to attain a high level of scientific and technological innovations and developments.

If the overall English cognition in Guangdong, Hong Kong and Macao, especially among government officials who are responsible for setting up scientific and technological policies can only carry out their vital tasks by relying on translations, it will surely be very cumbersome, if not difficult, for GBA to keep up with the rapid pace of global developments.

Indeed, if because of the insufficiency of English level for GBA were to cause relevant policies' developments and research capabilities to lag behind, then the consequence will undoubtedly be the retardation of the progress of GBA reaching its goal.

In summary, raising the English cognition is crucial for the GBA to become a global center of scientific and technological innovations of China. However, it must be recognized that improving the level of English for the GBA general public is merely a “tool” to achieve such a lofty goal and not a panacea.

After all, in the call for the GBA to become such a center, the ultimate aim should not and cannot simply be just economic prosperity. It must render the GBA to be a transformative icon for the nation in particular, the world in general, to become an important force for humanity's betterment.