OPINIONS Why is Greenland's election being watched by the global mining industry?

Why is Greenland's election being watched by the global mining industry? 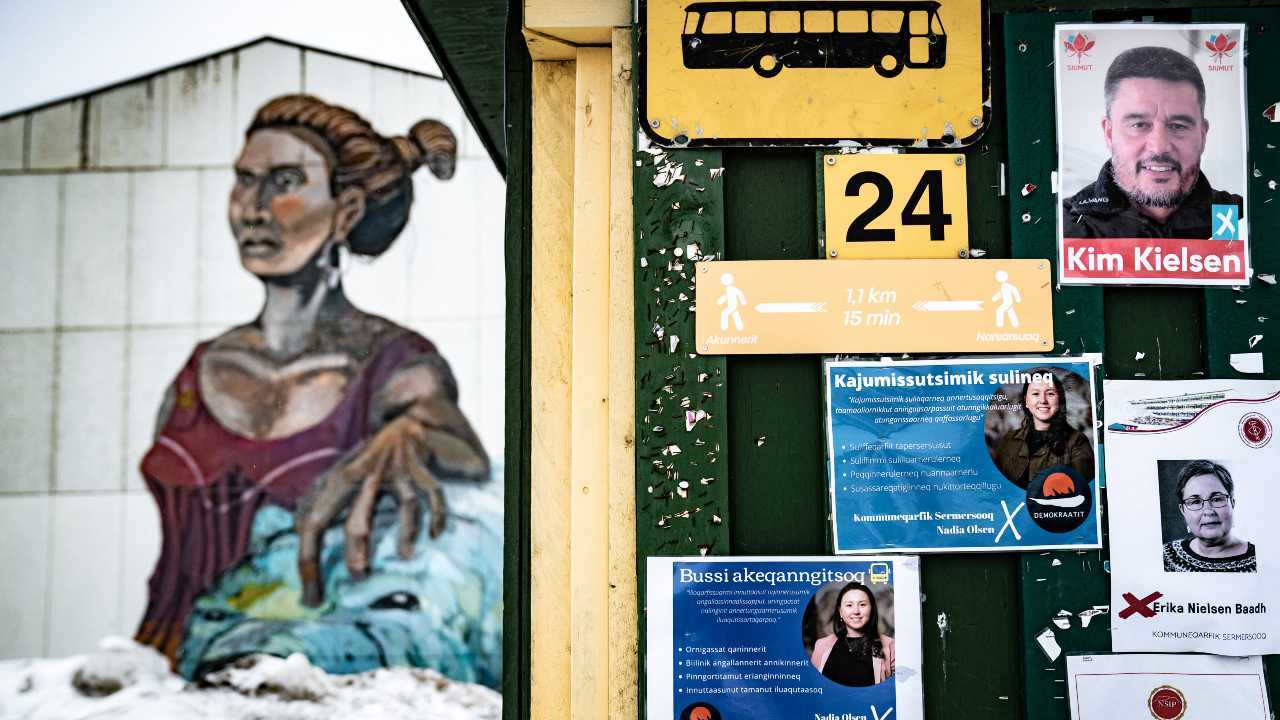 Greenland is heading to the polls on Tuesday in elections largely seen as a referendum on a controversial mining project of rare earth metals that are key to the Arctic island's hopes of economic recovery and independence.

The government of the autonomous Danish territory called the early elections for its parliament's 31 seats after a political crisis erupted in February when a junior party quit the coalition over the potential impact of the mining project on Greenland's pristine environment.

Greenland, which is home to just over 56,000 people, obtained ownership of its vast mineral reserves in 2009, when its self-rule powers were widened. But these resources – described by the U.S. Geological Survey as the world's biggest undeveloped deposits of rare earth metals – as well as its geopolitical relevance and easier access to the Arctic due to melting sea ice from climate change, have made the country increasingly attractive to the world's superpowers in recent years.

In 2019, then U.S. President Donald Trump even offered to buy the island, but while Denmark and Greenland made it clear the territory was not for sale, the capital Nuuk is keen to attract foreign investment to help it some day cut its financial umbilical cord to Copenhagen.

International mining companies have been racing for the right to exploit these deposits, which include uranium and rare earth minerals – a group of 17 metals used as components in high-tech devices such as smartphones, flat-screen displays, electric cars, wind turbines and weapons.

A rare earth and uranium mining project proposed by an Australian company and backed by Chinese investors in the south of the island in Kuannersuit (or Kvanefjeld) could provide a massive windfall that would supplement Greenland's main industry, fishing.

But opinion polls show the biggest party in the next parliament could be Inuit Ataqatigiit (IA), the opposition left-green party, which opposes the project because the site also contains radioactive materials. 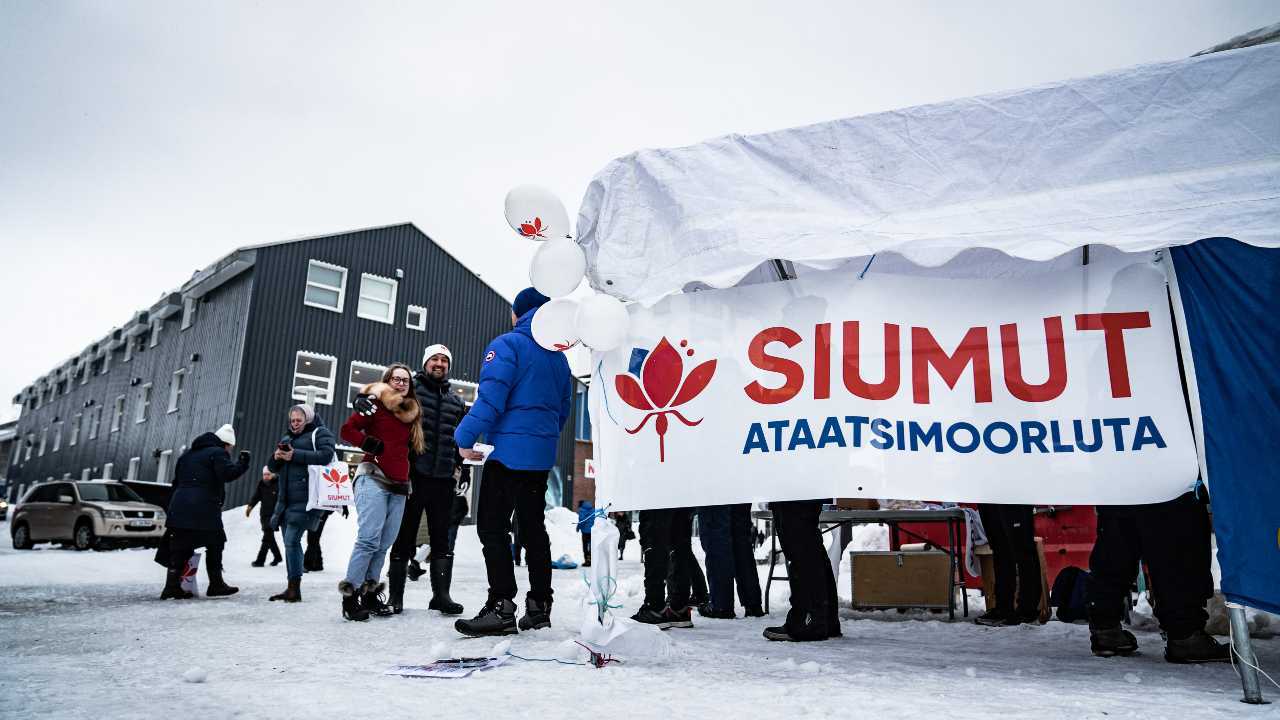 Greenland's main parties are divided over the mining project, with the island's largest party backing the economic benefits of the project.

Social democratic Siumut, Greenland's largest party, has dominated island politics since autonomy in 1979. Currently trailing in the polls, it backs the mining project.

But if IA can form a coalition, it is possible the project will be halted or delayed, with potential repercussions for global mining investors.

"We have to say no to the mine and allow ourselves to develop our country our own way," Mariane Paviasen, an IA member of parliament and leader of the anti-mine charge, told AFP.

"In Greenland, we have clean air and unspoiled nature. We live in harmony with nature and we aren't going to pollute it."

Acting Minister of Resources Vittus Qujaukitsoq has warned that if Greenland backtracks now, it could scare away mining investors and "the credibility of the whole country is at stake."

"If we don't attract capital and create new jobs, I'm not sure what the future looks like for our country," Jess Berthelsen, head of Greenland's biggest labor union SIK, told Reuters.

In 2010, Australian company Greenland Minerals obtained an exploration license for the Kuannersuit deposit, but while the company's environmental protection plan was recently approved, authorities still need to approve the project before an operating license can be issued. 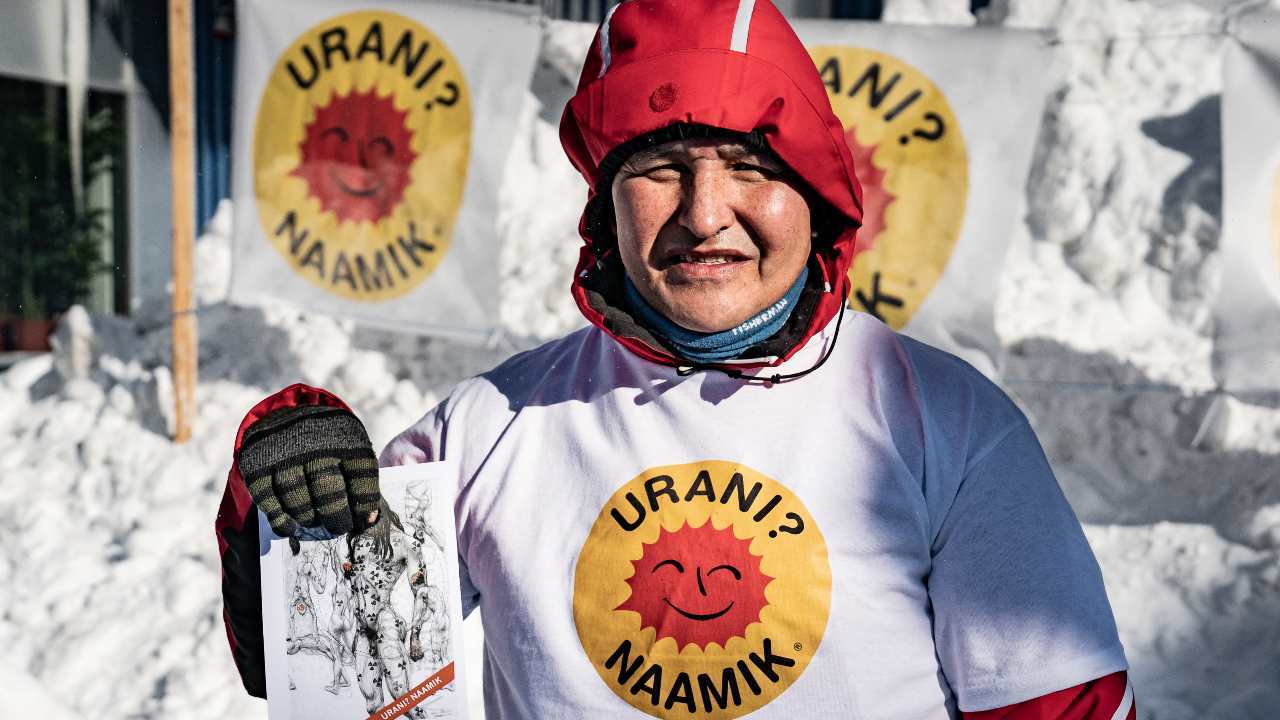 Environmental groups and Greenland's left-green party, which is currently leading in the polls, oppose the environmental fallout from radioactive materials of the mining project.

An economic revival is also widely seen as vital for the prospects of greater independence in Greenland. A self-governing territory of the Kingdom of Denmark with a gross domestic product of only around $3 billion, Greenland has a population that mostly relies on fishing and grants from Copenhagen.

Nuuk relies on annual Danish subsidies of around $620 million, representing a third of its national budget.

While the mine could boost the island's budget by 1.5 billion Danish kroner ($235 million) according to Greenland Minerals, that would reduce Denmark's annual subsidies by half that amount due to a revenue-sharing deal with Copenhagen, which is not opposed to Greenland's dream of independence.

Economic experts say Greenland needs to look beyond the mine to diversify its economy – developing sectors including tourism, agriculture, and the export of sand and natural fertilizers – improve acute healthcare and housing problems and tackle social problems including widespread alcoholism, sexual abuse and the world's highest suicide rate.

The Kuannersuit project has been debated for years, supported by Prime Minister Kim Kielsen and his governing Siumut party, but after he was ousted as party chief in December, doubt has been cast on the project.

Opponents of the mine, located in the island's only agricultural region, say it would deprive locals of their farmland and hunting grounds. They argue it reeks of colonialism in a region already coping with the devastating effects of climate change.

"People in Narsaq... feel they will have to leave," Greenlandic political scientist Nauja Bianco told AFP.

"The mine will destroy everything," said Jens Davidsen, a fisherman in Narsaq who can see the Kvanefjeld mountain top from his kitchen window. "We are afraid dust from the mine will hurt our fishing grounds and drinking water," he told Reuters.

For now, fishing makes up most of the local economy and 90 percent of exports, but climate change has been hurting many hunters as retreating sea ice shortens the season when they can head out on the ice with dog sleds to hunt.

The Arctic has been warming at twice the rate of the rest of the world since the 1990s. And yet, Greenland has not signed the Paris Climate Agreement. IA has vowed to do so if it comes to power.

If IA wins power and delays the project, "they will face the challenge of having to explain to the global mining industry that Greenland actually wants mining, and that it is only this particular project that is problematic," said Rasmus Leander Nielsen, assistant professor at the University of Greenland.