OPINIONS Why is post-Brexit Britain adopting different path with EU toward China?

Why is post-Brexit Britain adopting different path with EU toward China? 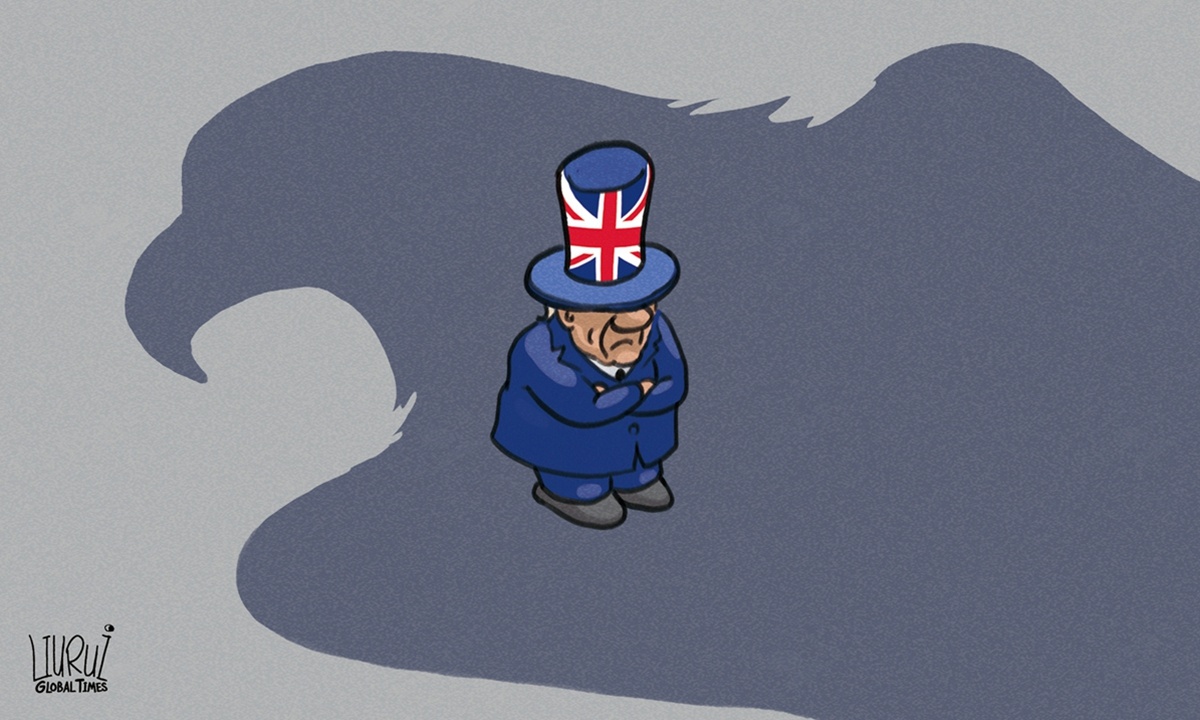 In 2015 Britain announced a "Golden Period" of relations with China. Chinese President Xi Jinping was invited to a successful state visit to Britain while Huawei's head was a guest of British Prime Minister David Cameron.

By the end of 2020, this policy was largely reversed - Huawei was excluded from the development of the British 5G system and Britain openly interfered with China's internal affairs in Hong Kong. However, almost simultaneously, the European Union (EU) signed a Comprehensive Agreement on Investment with China despite US opposition.

These different trajectories of the UK and EU were reflected in public opinion trends. These largely reflected government pressure. According to opinion polls, more than 62 percent of Britons now hold negative views of China - the highest among 13 European countries surveyed.

Why, therefore, have UK relations with China gone from the best in Europe to among the worst? More tellingly, why in contrast has the EU rejected US pressure over the investment treaty? The explanation does not lie within individual European states but in their different relations to the US.

It is widely understood that the US has launched aggressive policies attempting to block China's national rejuvenation. But it is also crucial to grasp that the means used by the US to attack China also assail the populations of other countries. All of this is due to measures the US forces them to adopt.

Within the US itself, the Western economic consultancy Oxford Economics group calculates that imposing tariffs on all goods from China costs the average US household over $800 a year. In India, banning China's software applications such as TikTok not only deprives its people of a source of entertainment but destroys local Indian companies that developed to meet TikTok's users' needs. The UK's ban on Huawei means higher prices for mobile phone users.

Attacks on China to meet US demands therefore create damage for countries pursuing them and thereby risk unpopularity and problems for government's following them.

This outcome has been made even worse by the recession due to COVID-19. The IMF projects that in the period up to 2025 China will account for 31 percent of world growth and the US for only 11 percent. Any country subordinating economic policy to the US is therefore orienting itself to a much more stagnant economy than China.

It is economically irrational for any country to give into US demands given these clear realities. But for a number of countries, they will crave into political and military links with the US. Australia, for example, has pursued a provocative policy towards Beijing despite China being its largest trading partner. Canada sabotaged previous attempts to develop good economic relations with China via actions such as the arrest of Huawei's Chief Financial Officer Meng Wanzhou.

This balance between economically rational policies and political pressure from the US varies sharply in different parts of the world. In most developing countries, governments do not have economic room necessarily for maneuver to pursue economically irrational policies. This means putting up prices, and limiting trade opportunities, and so on. Therefore, most governments in developing Asia (except for India), the Middle East, Africa, and Latin America refuse to implement the US' anti-China policies. Meanwhile, the US ruling class feels confident in its ability to control people. Anti-China policies are thus easily adopted in the country.

Between these contrasting extremes, Europe presents one of the most complex situations. It is one of the three great world economic centers with strong trade and investment interests tied with China. Due to COVID-19's impact in the first three quarters of 2020, China eclipsed the US to become the EU's largest trading partners.

Economically speaking, it is therefore highly logical for the EU to seek good relations with China. But simultaneously, the EU believes it must rely on the US for military protection. The EU consequently attempts to strike a path where it follows an independent economic policy. It therefore has finished the talks about the bilateral investment treaty with China, and refuses to join US inspired political provocations against China. It also simultaneously seeks to avoid any central political clash with Washington.

London is far more subordinate to Washington than Berlin and Paris are. Historically, from the late 19th century onwards toward Britain's decline, decision-makers in this formerly world's greatest power decided that it could only preserve its international interests by subordinating itself to the rising US. Even when Britain was part of the EU, since 1973, it was always the most pro-US country in the bloc. For instance, whenever there was a US-EU clash, Britain always took the fundamental side of the US.

Britain's medium sized economy cannot pursue an independent path from the two huge economies of the US and EU. As US-EU tensions mounted, Britain again chose Washington. As Washington brays at Beijing, London will follow Uncle Sam more than the stuffed shirts in Brussels. The New Year message for 2021 issued by Nigel Farage, the historic leader of the pro-Brexit movement in Britain, encapsulated this message: "the next big challenge is…China… China are doing their absolute best to take over the world… 2021 begins my next campaign… to make sure we are no longer dependent on China." Similar pro-Brexit politicians, such as former Conservative Party leader Iain Duncan Smith, advocate the same policy.

As Brexit subordinates Britain to the US, the world can expect 10 Downing Street to march lockstep with 1600 Pennsylvania Avenue. As long as the US is hostile to China, the UK will follow suit. The EU, however, will within limits pursue a course more independent of the US. This explains different paths adopted by European countries at the beginning of 2021.

The author is senior fellow at Chongyang Institute for Financial Studies at Renmin University of China, he was formerly director of Economic and Business Policy for the Mayor of London.