OPINIONS Why is the population demographics a reflection of Xinjiang's development

Why is the population demographics a reflection of Xinjiang's development 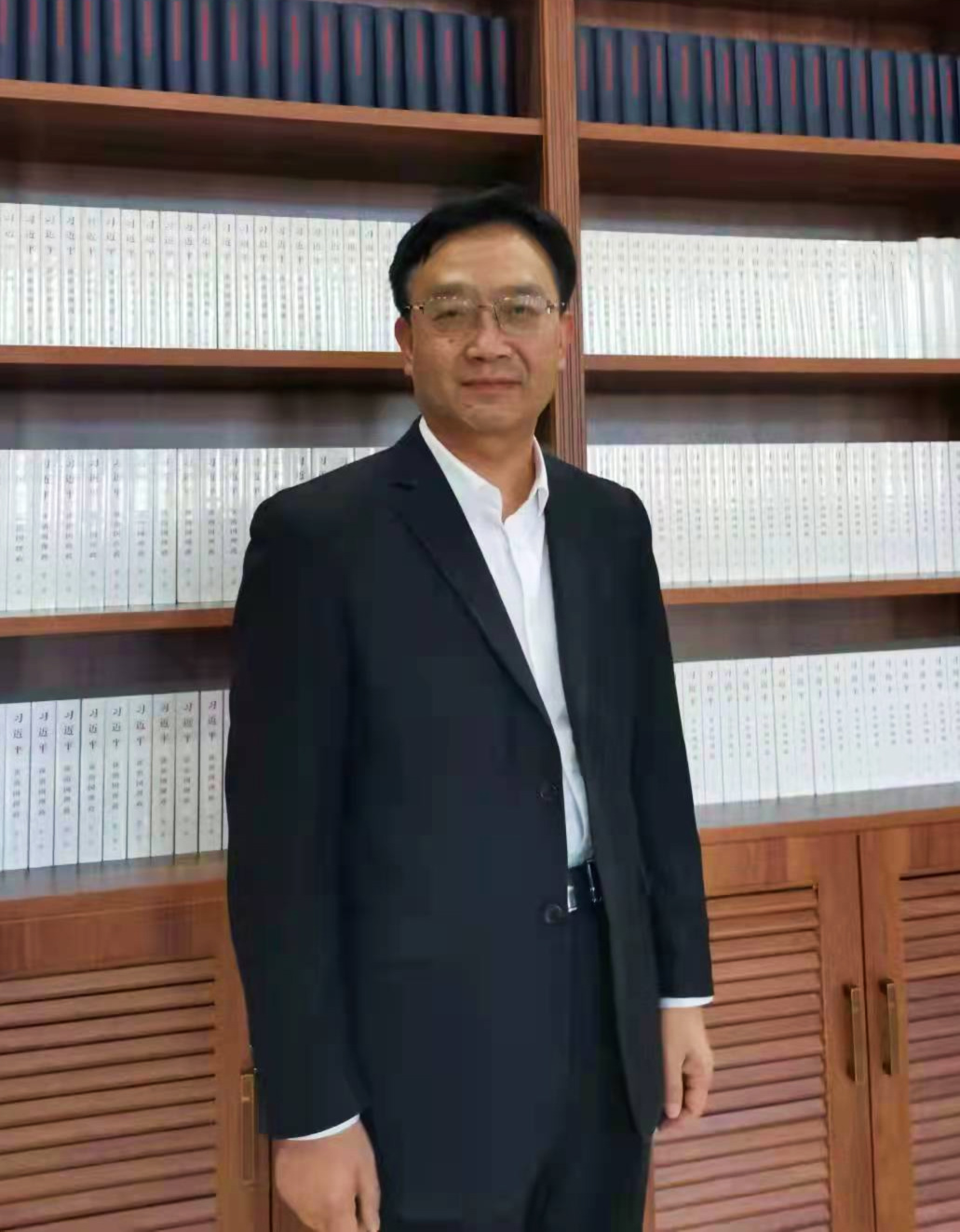 Since the founding of the People's Republic of China(PRC), the population in Xinjiang has been developing rapidly, with the quality of life for the people much improved. The standard of living of the indigenous ethnic groups, individual life expectancy, and educational advancement has developed noticeably. Liang Yuchun, Principal of the Higher Institute of Nationality and Society, Xinjiang Normal University, stated in a feature interview with "W.E. Talk" from the China News Service "The development of the population of Xinjiang since the founding of the PRC is world-shaking, historic and continuing." Through analyzing the development of people native to Xinjiang, Yuchun explains his opinion that the improving quality of life in Xinjiang is an obvious result and clear example of social progress.

Here are excerpts from the interview.

China News Service: Can you elaborate upon your opinion that the population development in Xinjiang is equal and healthy?

Liang Yuchun: Over the past 70 years, the census population statistics in China show that the various ethnic groups in the Xinjiang Uygur Autonomous Region have maintained a relatively high growth rate. Reviewing the demographic data on the population, one can see that the development of the population in Xinjiang has occurred equally and is collectively healthy.

According to the 7th National Population Census in 2020, the population of the ethnic groups has increased steadily. The population in Xinjiang is 25.8 million, with an increase of 4.0 million over 2010. The yearly average growth rate is 1.71%, with the percentage of provincial population growth ranking 8th in China.

The age distribution of the population in Xinjiang is relatively balanced and better than the other provinces in China, with the youth being the main part of the labor force and the number of the old and the children relatively small. This is revealed by the following statistics: in 2020, children between 0 to 14 years old accounted for 22.46%, between 15 to 59 years old(the working force) 66.26%, and the elderly above 60 years old 11.28%.

People living in cities in Xinjiang have increased, with urban residents accounting for 56.53% of the population and countryside residents 43.47% in 2020. The proportion of the city dwellers has increased by 13.73% since 2010, suggesting the remarkable effects of promoting people-centered planning in the region.

Because of good social planning in Xinjiang, social change has occurred in an orderly fashion, while the transportation improvements such as railway, aviation and highways have been developing very fast. The living and working environment here is improving, with more jobs available. One can witness every day positive, productive and frequent communication among people on agricultural farms, while conducting business and investment, pursuing academic study or traveling anywhere within Xinjiang. Whether it is in an area where various ethnic groups co-exist or in those locations where a single ethnic group will be found, the community lives and works together. With a fluid movement of the population to meet the demands of a modern economy, Xinjiang is experiencing an unprecedented population migration. Continuous and positive communication between ethnic groups is recognized as important.

China News Service: Why do you say the population demographics of Xinjiang are a reflection of the development and progress of Xinjiang?

This reveals that the population in Xinjiang has increased steadily over the past 70 years. This could only happen because of the corresponding achievements in economic and social development.

Xinjiang has endeavored to build a moderately prosperous society together with all of China, with standards of living of all ethnic groups is noticeably improved. A visitor to Xinjiang would find the people there live and work in peace and contentment.

China News Service: What is the principle of universal population development?

Recently, the economy and the standard of living in Xinjiang continue to improve, promoting a high-quality development affecting human lives. Consistent with the universal principle of population development, individual lives of all the ethnic groups in Xinjiang have improved. The population's concepts of marriage and birth have changed a lot. More and more individuals voluntarily choose to marry late and have fewer but healthier babies. We find that in 2018, the population in Xinjiang remained steady, even slightly increasing, which is consistent with this universal principle of development.

China News Service: Why do you say the ethnic Uygur minority in Xinjiang has entered the best period of their history?

Liang Yuchun: The quality of life for all ethnic groups, including the Uygurs, has clearly improved. The Uygurs, as an example, were the ethnic group with the largest population in Xinjiang in 1949, the founding year of the PRC. And this has not changed.

At the same time, we find the quality of life of all ethnic groups in Xinjiang improving continually. The educational standards are rising, the number of years of schooling per capita, and the population attending universities is increasing. Again, let's examine the example of the Uygur population. The White Paper(see above) shows that the years of schooling for individuals above 15 years old has increased from 7 years in 2000 to 9 years in 2020. For every 100,000 people, there are 8,944 with a college degree, an increase of 6,540 from 2000.

The age distribution of the other ethnic such as the Kazak is similar to that of the Uygurs. With the rapid improvement of medical and health care, and the community program "Actions to Build a Healthy China"(2019---2030), the quality index of physical and mental health of the ethnic groups are improving. Infant mortality rate decreases noticeably and the average life expectancy improves steadily.

China News Service: What about the so-called genocide in the Xinjiang Uygur Autonomous Region?

Liang Yuchun: The fact that the population of various ethnicities is growing steadily, especially the population of Uygur(first in all the ethnic groups in Xinjiang), fully testifies to the complete fabrication of any so-called genocide in Xinjiang. This is a deception by the anti-Chinese forces from the US and the West. It is a total lie.

The anti-Chinese forces from the US and the West consciously slander and unfairly criticize the Chinese government's governing policy in Xinjiang. They seek to deny the remarkable achievements accomplished in Xinjiang. It is a mean conspiracy to provoke disharmony in ethnic relations in Xinjiang, to contain China's growth by disrupting Xinjiang, and curb China in order to prevent China from continuing its development.

The disreputable acts of certain anti-Chinese forces within the US and the West, generally, are strongly condemned by representatives of all ethnic populations in China, including the ethnics in Xinjiang. At the same time, these ugly stories are described as contemptible by the International Community. For example, many people in the world who know better, such as the French journalist Maxime Vivas, wrote books or publish articles to disclose the absurdity, the deception, and the malice of the so-called genocide allegations in Xinjiang. This indicates that other people in the world have their own senses of what is true. These claims never win popular support in defaming another country by resorting to unsubstantiated deceptions designed solely to prevent the development of other countries.

The living conditions of the people from Xinjiang are a clear outcome and a natural consequence of the economic and social development of Xinjiang during the last 70 years. The continuous improvement in the living standards and happiness of the people of Xinjiang speaks for itself. Since 1949, China has had a history of constant progress, tremendous investment, and national respect for all the ethnic groups in Xinjiang. We have every reason to believe that, with the continued commitment to progress in Xinjiang which is reflected in the improvements, anyone can see, have been achieved, the people who call this beautiful land home will improve their life quality still more, achieve greater prosperity and provide an example of human rights protected in China.

Liang Yuchun is deputy dean of the School of Marxism, Xinjiang Normal University.