OPINIONS Why is Trump’s immigration policy described as hypocrisy? 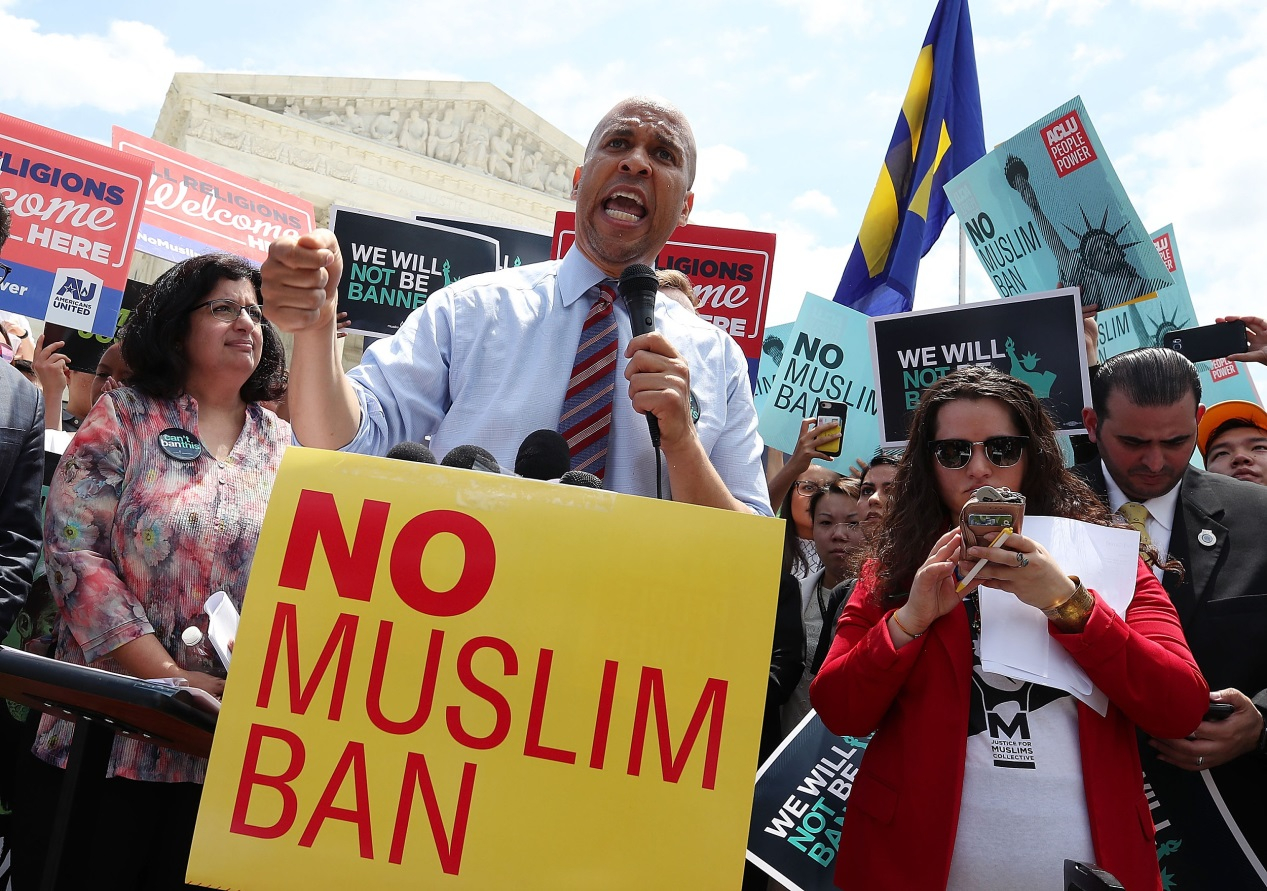 The US Sen. Cory Booker (D-NJ) speaks about US President Trump's travel ban outside the US Supreme Court following a court issued immigration ruling, June 26, 2018, in Washington, DC. (Photo: VCG)

US President Donald Trump wants it to end to protect national security. But his wife, First Lady Melania Trump who immigrated to the US from Slovenia, just used chain migration to make her mother and father naturalized US citizens last Thursday.

Trump is against chain migration. One tweet from last November read: “CHAIN MIGRATION must end now! Some people come in, and they bring their whole family with them, who can be truly evil. NOT ACCEPTABLE!”

This isn’t the first time Trump’s immigration policies have sparked controversy. A few months ago, he triggered outrage over the zero-tolerance policy that separated parents from their children along the US-Mexico border.

He also moved to phase out the DACA program (Deferred Action for Childhood Arrivals), which provides amnesty to certain undocumented immigrants, many of whom came to the US as children, and his so-called “Muslim ban,” which restricts travel to the US from several Muslim-majority countries, which the Supreme Court upheld on June 26 of this year.