OPINIONS Why is US mulling ending zero tariffs for India?

Why is US mulling ending zero tariffs for India? 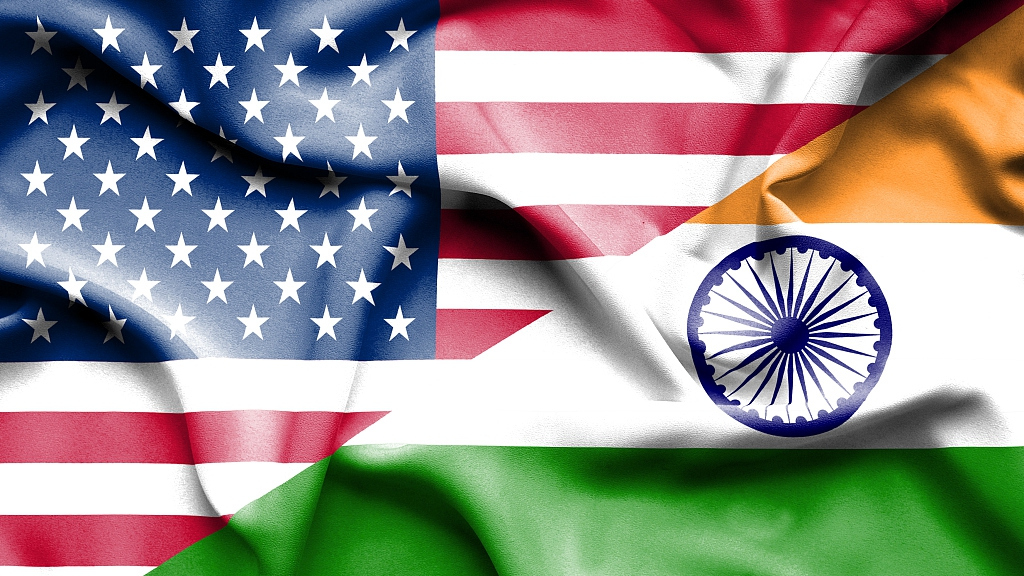 On February 8, several reports suggested that the US is considering the withdrawal of zero tariffs for Indian imports. Once India is excluded from the list of America's zero-tariffs countries, it could lose a vital US trade concession. India currently enjoys zero tariffs on 5.6 billion US dollars' worth of exports to the United States. The withdrawal will provoke disputes over US relations with India.

US seeks to draw India on its side

Lou Chunhao, the deputy director of the Institute of South Asian Studies, China Institutes of Contemporary International Relations, shared his insight with CGTN on the issue. He believes that despite potential trade conflicts, Washington will continue improving its cooperation with New Delhi. Ever since its independence, India has maintained good relations with the US, with close political, economic and military cooperation.

Lou pointed out that Washington will maintain close proximity with New Delhi for the sake of its global strategy.

"Given that the US sees the rise of China as a threat to its global supremacy, the value of India in Asia has been highly recognized by American ruling elites, especially when Donald Trump became the president in 2016," Lou told CGTN.

On August 3, 2018, the US designated India as a Strategic Trade Authorization-1 (STA-1) country. It not only enabled India to buy highly advanced and cutting-edge sensitive technologies from the US but also indicated that India will be treated as one of the most trustworthy American allies such as NATO.

By now, there are only 36 countries on the STA-1 list. According to Lou, India is the only South Asian country on that list. Apart from India, only two Asian countries were designated the STA-1 status, Japan and the Republic of Korea (ROK), America's most important allies regarding military, politics and economy in Asia.

"Washington will keep improving its ties with New Delhi in an anticipation of holding back Beijing's global ambitions," Lou told CGTN.

Lou pointed out, although India has been developing good relations with the US for a long while, India has never treated itself as the final stronghold of American interests in South Asia. Instead, strategic autonomy has always been the bedrock of India's diplomatic policies.

According to Lou, unlike the US' core allies (Canada, Japan, ROK, etc), India will not unconditionally tilt towards the US in the international arena. Ever since it established its diplomatic policies, India has pursued its own interests as a starting-point.

Furthermore, when the US interests have infringed upon Indian interests, India seeks to uphold its own interests. Even as the US has in recent years held back China's development and tried hard to get India involved in that, giving all sorts of preferential treatment to India, India has steadfastly refused to make the US interests the core of its foreign policy.

When China's relationship with the US faced troubles due to trade frictions last year, Indian Prime Minister Modi visited China in April and expressed his hopes for India and China to enjoy closer economic cooperation.

On the Iran issue, when the US stepped up economic sanctions against Iran, India chose to cooperate with Iran in November 2018, agreeing to trade with Iran in Indian rupee instead of the US dollar.

US expresses its anger through tariffs

According to Lou, India's move agitated the United States. The US believes that India did not completely give in to the US on some sensitive issues, as it had initially assumed.

"India is seeking a kind of balance between different powers for the sake of maximizing its own interests," Lou told CGTN, adding that Trump hopes to use trade to make India more supportive of the US in international affairs.

"In my opinion, the timing of this news is very subtle, because Indian general elections will be held between April and May," Lou told CGTN.

In Lou's opinion, the US has chosen this very important moment to publicize that it will cancel India's zero-tariffs status, pressurizing the Indian government to render more support to the US in international affairs.