OPINIONS Why Mongolia is showing interest in SCO

Why Mongolia is showing interest in SCO 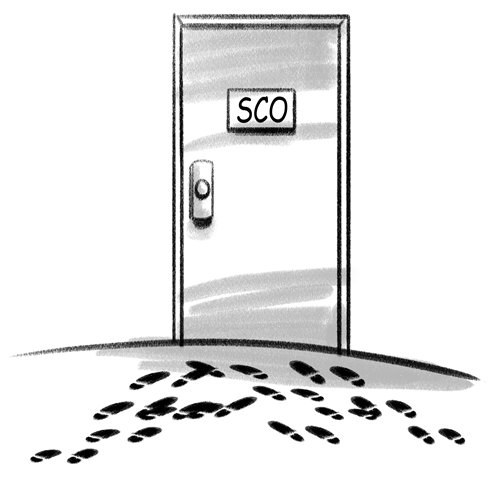 During the 18th Shanghai Cooperation Organization (SCO) summit earlier this month in Qingdao, Mongolian President Khaltmaa Battulga said that his country is studying the possibility to upgrade the level of its participation in the SCO and a discussion on this matter has been launched in political and social circles in Mongolia. This is the first time that a Mongolia president expressed such a view.

Before the SCO, Battulga took part in a meeting on "The prospect of Shanghai Cooperation Organization-Mongolia's participation" in May together with Mongolia's former foreign ministers, security and strategy specialists and experts, foreign relations academics and senior diplomats. Soon after the meeting, Mongolia's leadership discussed the country's participation in the SCO. Such frequent discussion about this issue shows it is being mulled inside the country.

As the first observer state of the SCO, Mongolia enjoys stable internal security. Its important geographical position and abundant mineral resources lend it the potential to become the energy and transportation hub of the region. Meanwhile, the country has established good relations with surrounding nations, the UN and international society. Hence, Mongolia is qualified to become a SCO member.

If the SCO has Mongolia within its fold, it will expand the organization in Northeast Asia, connecting it with Central and South Asia. This will not only help SCO members plan and link their infrastructure connectivity, but promote members' common development with Ulan Batar's advantages in mineral resources, livestock farming and tourism. Therefore, China and Russia have constantly encouraged Mongolia to elevate its participation in the SCO.

However, Mongolia has not applied to become a SCO member, which may be due to three reasons. Strategically, Mongolia follows multi-pillar and "third neighbor" foreign policy. Proactively developing ties with the US, Japan and the EU is an essential part of its diplomatic and security policies and its strategic choice to balance relations with surrounding countries. It still has doubts about the positioning and development of the SCO, worrying about its diplomatic independence and relations with third neighbors after the participation.

Besides, Mongolia is not troubled by the three forces of "terrorism, separatism, and extremism." The security topics discussed at the SCO are not urgent for Mongolia. And Mongolia's economy mainly depends on trade ties with Northeast Asia and the Asia-pacific instead of Central Asia.

Ideologically, since the 1990s, Mongolia has established and implemented Western constitutionalism, sharing the same values as basis for its ties with the West. For instance, Mongolia has established a so-called democratic trilateralism with the US and Japan. Highlighting the uniqueness of Mongolia's values and ideology, some politicians and scholars inside the country wish it maintain distance from the SCO.

In spite of concerns and doubts, reasons attracting Mongolia to the SCO are developing. The SCO's underlying values, including mutual trust, respect, equality, respect for diverse civilizations and pursuit of shared development have been increasingly clear. The first expansion of membership revealed the organization's openness and inclusiveness over geopolitics. The SCO includes different cultures, religions and development paths and is not dominated by one power. Diversified development and innovativeness will to some extent alleviate Mongolia's concerns that its diplomatic independence and flexibility will be limited if it joins the SCO. With its third neighbor India included in the SCO, Mongolia can communicate and cooperate with surrounding countries and India within the framework of the organization, which will not prevent its multi-pillar diplomacy.

Besides, the SCO has grown to be more relevant to Mongolian development. The China-Mongolia-Russia trilateral meeting is built on the SCO and some cooperation agenda discussed in the SCO are related to Mongolia's development. Mongolia's deepening communications with Central Asian countries in recent years are also among the factors that prompt it to seek SCO membership.

Like adopting permanent neutrality, joining the SCO is relevant to Mongolia's diplomacy and security. As a landlocked and buffer state, Mongolia insists on maintaining a neutral and balanced foreign policy. Some Mongolian politicians not only worry that joining the SCO will affect the country's independence, but also want the country to keep a distance with neighbors to attract the attention of developed countries like the US, Japan and the EU. Hence, Mongolia is extremely cautious on this issue.

Whether Mongolia will join the SCO depends on when the country is able to dispel disputes and misunderstandings about the organization. The SCO's future development, relations with the US and links between Mongolia and Central Asia will affect Ulan Batar's decision.