Why new Asian security structure is needed for emerging puzzles 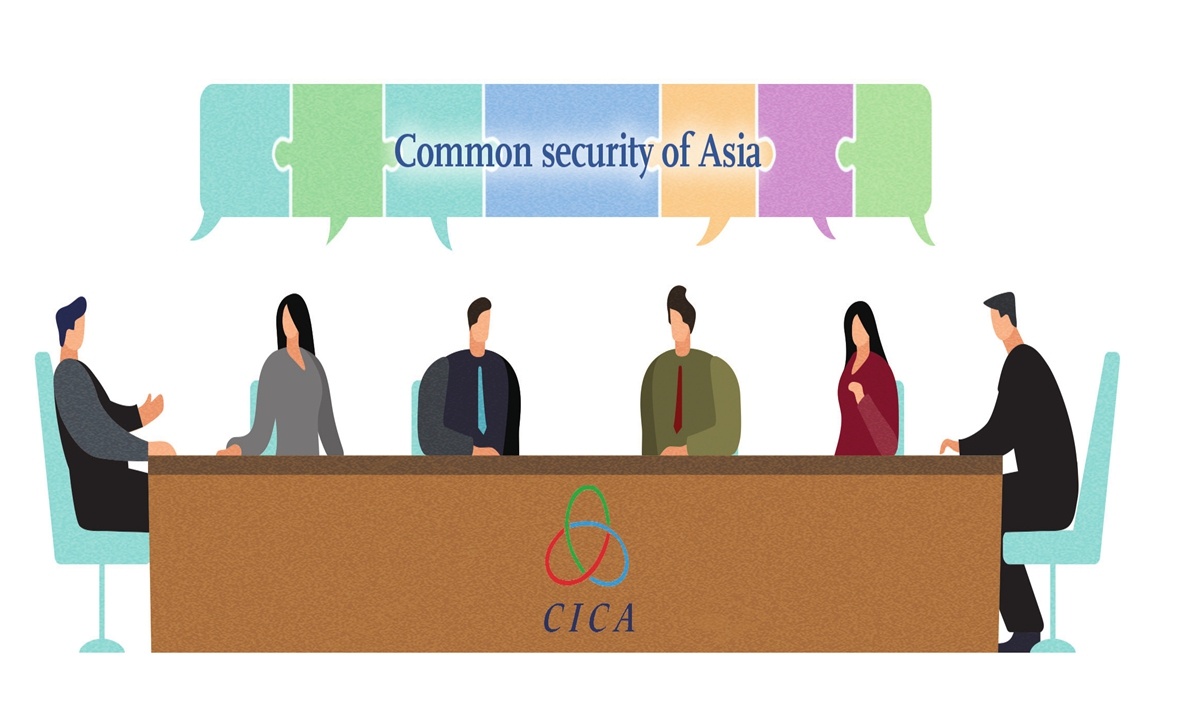 Asian countries are faced with common security threats and challenges. However, the current security system in the region is based on two primary frameworks - bilateral alliances centered on the US and the Quadrilateral Security Dialogue between the US, Japan, Australia and India. This formula has not been and will not be key to stopping security concerns in Asia.

The US-dominated Asian security system nominally emphasizes collective security for the region. But in fact, it maintains US security interests in Asia. Such a structure can lead to insecurity as it deepens the regional strategy paradox. In this sense, while many Asian countries have close economic and trade relations with China, they tilt toward the US for security in order to strike a balance between the two powers.

In this context, China needs to play a leading role to actively provide public safety products in the region to complement security vulnerability and help build a security framework dominated by regional countries. At the same time, the US' constructive participation in the framework is welcomed.

The current security framework in Asia is leftover from the Cold War and is based upon a common imaginary enemy. It is a zero-sum structure in which some countries strengthen their national security, and others feel more insecure. There are no winners under such security concepts.

The US, a non-regional power in Asia, should have played a positive role. Instead, it has been sending out misleading messages that have complicated some countries' claims on territorial and maritime issues. With the rise and growth of Asian economies, a worn-out security order can no longer address conventional and nonconventional security threats faced by the region. This being the case, new approaches are needed.

A security construct with common security concept should be established in Asia. With the wisdom of ancient Asian civilizations, regional countries can set up more inclusive security mechanisms. It should not be based on power politics but on Eastern philosophy. As a Chinese saying goes, "Do not impose on others what you yourself do not desire."

It has become an urgent task for Asian countries to establish a more common and more inclusive new security mechanism, based on which countries can adapt to and coordinate with sub-regional security mechanisms. A new regional security framework needs to be flexible enough to accommodate the needs of the vast majority of regional powers and provide them with reasonable strategic room. The important characteristic of an Asian co-operative security mechanism is its inclusiveness - the US is not excluded but is welcomed. In addition, the new Asian security mechanism should emphasize comprehensive security. Asia is facing realistic nonconventional security challenges including the COVID-19 pandemic and poverty. Meanwhile, conventional threats - such as China's challenge to US power in Asia - are imaginary and not real. In this process, China should play a leading role in building a co-operative security mechanism for the whole region. Geographically, China links Northeast Asia, Southeast Asia, South Asia and Central Asia. Due to China's growing economic and military power, together with its political and institutional influence, China has increasingly become the core element in the process of building regional order and security mechanisms.

With unprecedented changes in the world and the rampant pandemic, there exist increasing uncertainties and instabilities as well as a lack of public security products in Asia. It is urgent for everyone to work together to adhere to bottom-line thinking and tackle shared threats and challenges.

In fact, Asian countries have already had a base for their own security platform - the Conference on Interaction and Confidence Building Measures in Asia (CICA). It was created in 1999 and covers 27 member states, eight observer states, and five observer organizations.

Having established cooperation with important international organizations in the region, such as the Shanghai Cooperation Organization, CICA not only meets the practical needs of regional security consultation, but it also paves the way for its gradual upgrading and development in the future. As such, it can provide a basic framework for Asian security mechanisms to flourish. It will be more efficient to build up a new security apparatus upon the basis of this existing mechanism.