OPINIONS Why Putin said the US is walking Soviet Union's path

Why Putin said the US is walking Soviet Union's path 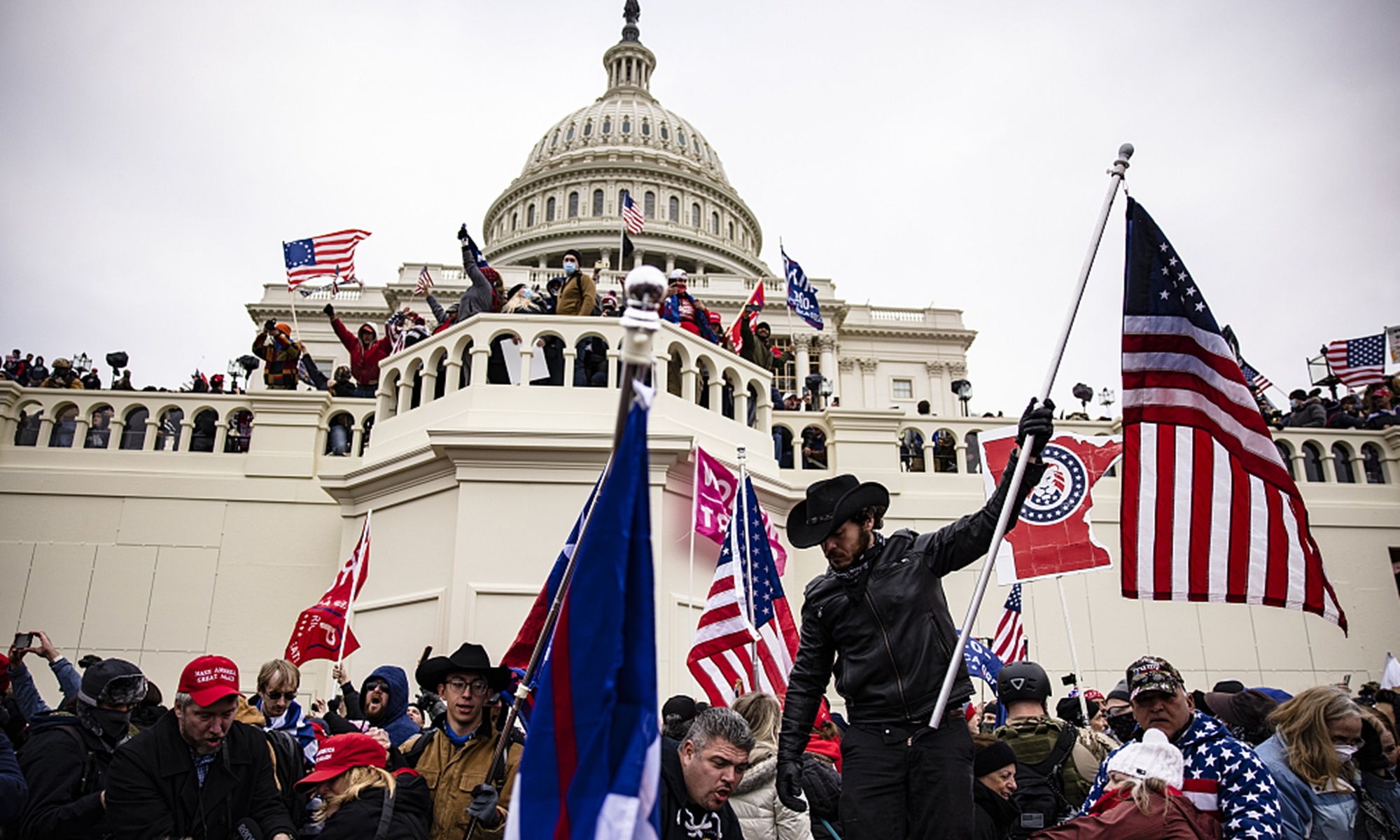 Russian President Vladimir Putin said on Friday that he was convinced that the US is following a typical scenario of an empire: Confident of their unlimited power, empires create unnecessary problems for themselves until they can no longer cope with them, according to Russian News Agency Tass.

A summit between Putin and US President Joe Biden is scheduled to take place on June 16. Putin's intent may be to send a message to Biden before their meeting that the US should act as a responsible great power, playing a big role in contributing to global stability and coordinating relations between countries, instead of resorting to extreme measures to mess up the world.

Tass reported that Putin said empire rulers are confident they can intimidate, persuade, or buy the loyalty of various countries or groups, and think all their problems can be solved this way. "But problems keep piling up. And, at some point, they are no longer able to cope with them. And the United States is now walking the Soviet Union's path, and its gait is confident and steady," Putin noted.

The US has fallen into such a scenario: While turmoil has been widely spotted at home, it has stirred up troubles at abroad. In a bid to maintain its hegemony, the US has repeatedly sanctioned or threatened some other countries. But the fact is that Washington's national strength and global influence has been waning. It is incapable of both securing domestic stability and maintain global leadership.

Putin's rhetoric toward the US has been very accurate, Li Haidong, a professor of international relations at the China Foreign Affairs University, told the Global Times on Sunday. "US political elites are failing to govern the country. When they realize they cannot tackle the severe social division, they irresponsibly attempt to divert domestic attention by creating crises or even waging a war overseas, or passing the buck of domestic problems to key rivals like China and Russa," Li said.

But the US is not as strong as these US political elites have been propagandizing. Its above-mentioned attempts have not produced desired results. For example, the US has not only lost almost all wars it has launched in the 21st century, but also mired in the Middle East. Many US companies have suffered huge losses due to the trade war the US launched against China. As a result, instead of helping political elites better cope with domestic problems, these attempts have caused more denunciations from the US public against these elites.

Putin is not the only politician to convey the idea that the US is walking the Soviet Union's path. Former Soviet Union leader Mikhail Gorbachev, who precipitated the disintegration of his country in 1989, said in January that the Capitol riots called into question the US' continued existence as a nation. Some media outlets interpreted it as Gorbachev believing the US will follow the path of the Soviet Union to disintegrate.

To many who witnessed the collapse of the Soviet Union, the US does have some characteristics of the Soviet Union before its disintegration. Its political polarization and social divisions are too severe to reconcile. As a result, extreme events like the Capitol riots could take place. Former US president Donald Trump made a return to the public arena on Saturday, with a speech to the North Carolina Republican convention in Greenville, according to the POLITICO.

Li said that if Trump, who was accused of inciting the violence of the Capital riots, returns, the US will continue to be in disarray. Populism, as exemplified by Trump, will take the US in a direction that is more divided, internally confrontational, torn apart and in decline.

The current tendency indicates that the US will decay internally, making it difficult to play an effective role at home and at abroad.