OPINIONS Why ROK is slow to implement Panmunjom Declaration

Why ROK is slow to implement Panmunjom Declaration 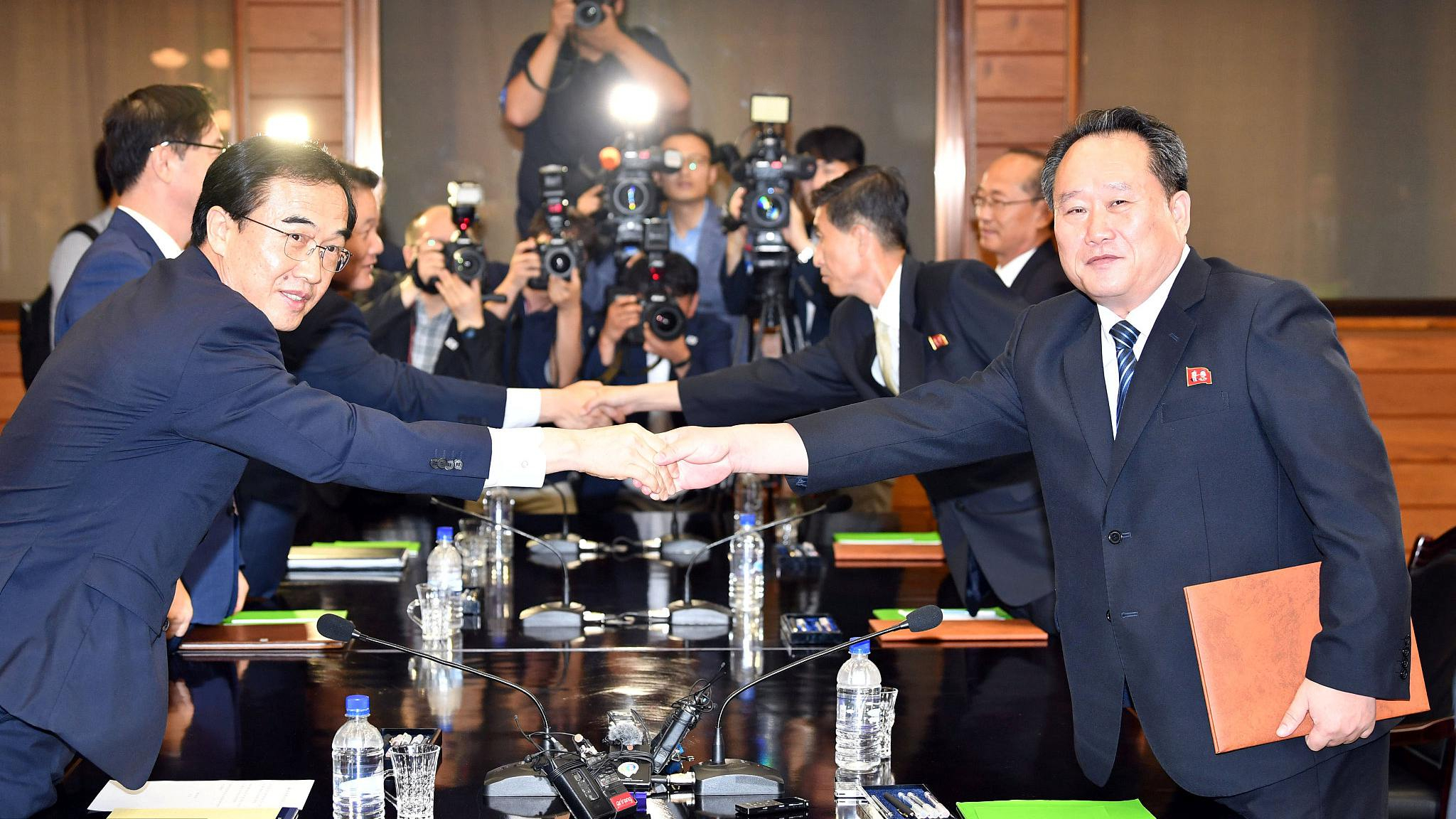 The Democratic People's Republic of Korea (DPRK) (DPRK) and Republic of Korea (ROK ) had high-level talks at Panmunjom on August 13 to review the process of carrying out the Panmunjom Declaration which was adopted on April 27 during a historic summit between ROK President Moon Jae-in and the leader of DPRK Kim Jong Un.

Just one day ahead of this scheduled meeting, a DPRK external news website, Uriminzokkiri, blamed the ROK for slow progress and its "blind obedience" to US-led sanctions.

Cheng Xiaohe, a professor at the School of International Studies at Renmin University of China and a senior researcher with Pangoal Institute, analyzed the implementation of the Panmunjom Declaration and the potential topics for the inter-Korean relations.

Cheng said that both Koreas have made progress on the implementation of the accord. "They had meal-to-meal talks and military communications. And also, the two Koreas agreed to set up the liaison office in Kaesŏng," he said.

And talks on several areas have taken place. For example, talks on modernization, on connections of railways and roads, and the environment.

However, according to Cheng, on the side of the ROK, the progress is relatively slow. Cheng gave some explanations for this.

The first reason is the fact that mutual suspicion is deeply rooted and this will take time for the two sides to overcome. Secondly, some difficult issues, like denuclearization and the peace treaty, make things much more complicated.

Cheng thinks that the ROK is more than a middleman between the DPRK and the US. It plays two other roles. One role is as the DPRK's competitor which ROK has been for more than 70 years. In the other, it tries to play the DPRK's partner, given all the cooperation and mechanisms that they have built.

Cheng thinks the South will seize the chance with the DPRK leader to explore a realistic action plan and to make things happen, including denuclearization. And they will also explore the possibility to make denuclearization the end of the war. These two issues connect with each other. "Nonetheless, one of the sides needs to take the lead," added Cheng.