OPINIONS Why Russia commands strategic arms talks with weakening US

Why Russia commands strategic arms talks with weakening US 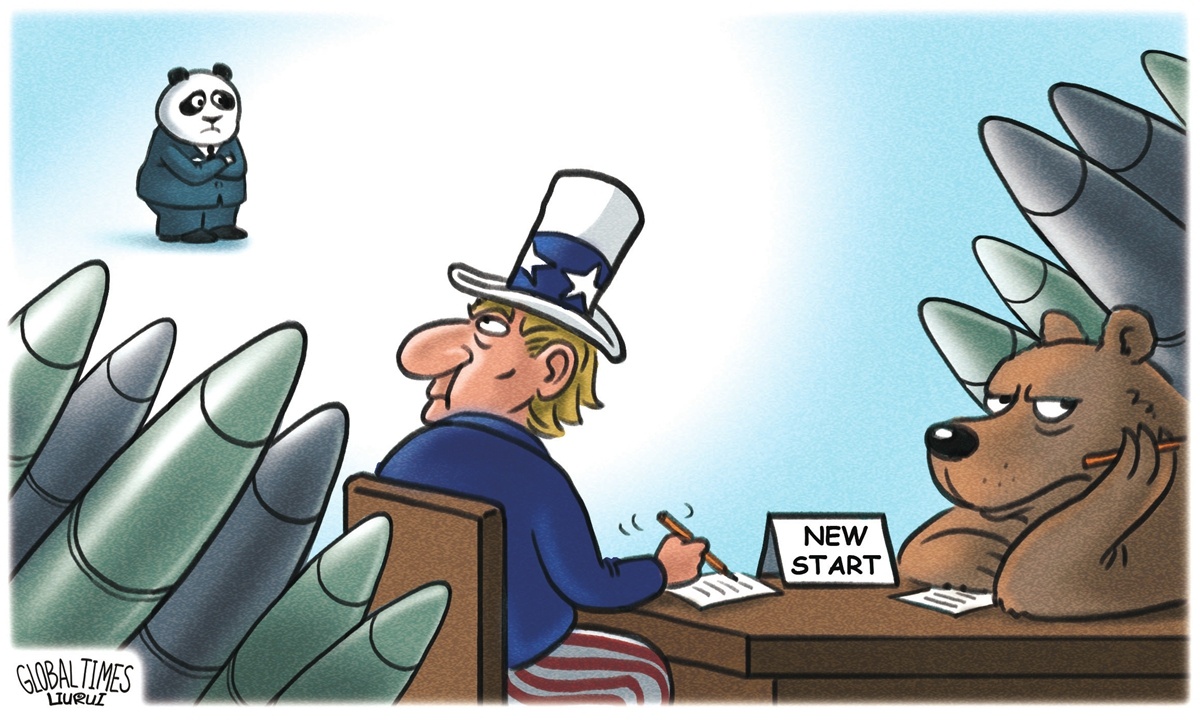 Russia has proposed to extend the New START (Strategic Arms Reduction Treaty) for one year. It is also ready to join hands with the US to undertake a political commitment to freeze the number of nuclear warheads held by both sides during this period, Russia said in a statement on its website of Ministry of Foreign Affairs on October 20. Meanwhile, the US said in a statement that it "is prepared to meet immediately to finalize a verifiable agreement." Thus, the previously gloomy treaty has once again seen its potential life extended.

US President Donald Trump has focused on foreign affairs in the past two months to win over swing voters with his diplomatic achievements amid his reelection campaign, which is losing strength with both polls and fundraising.

For Trump, the results are mixed so far with the New START. He had hoped to draw China into the talks. That didn't happen. Yet he could still earn extra diplomatic points by making sure the treaty is not abolished, thereby preventing international strategic arms control from falling apart.

For Russia, the value of extending the treaty and freezing the numbers of nuclear warheads for both countries is far greater because it will help Russia consolidate its position as a strategic power. Moscow's overall power is decreasing and its relative position is declining, so extending New START is well suited to the current needs of the country.

For Russia, even if it still has a strong weapons arsenal, another strategic arms competition with the US and other major powers will definitely overdraw its already limited financial resources. Moscow has been trying to avoid this for a long time.

Indeed, Russia does not have much financial resources to invest in a strategic arms race especially since the pandemic. Therefore, extending the New START and freezing nuclear warheads can maintain the status quo for a short time — and stabilize Russia's position in this field.

Secondly, the continuation of the dual dominant mechanism of the US and Russia in the field of international strategic arms control is conducive to the maintenance of Russia's status as a great power.

After the Cold War, and especially following the 2008 financial crisis, the only areas where Russia still maintains strategic advantages are diplomacy and security. Maintaining an equal position with the US in the international strategic arms control field could help sustain Russia's national confidence.

Thirdly, Russia is giving some leeway with the treaty. It wishes to restart talks on the future of global stability mechanisms after the US presidential election. The extension of the treaty is a strategy to avoid being bogged down by election uncertainties.

On the whole, Russia now has the upper hand in the New START negotiations - it pushed back Trump's call for China to join in; it had temporarily extended the existing mechanism; and now, it is promoting the treaty's extension, seeking a freeze on nuclear warheads.

Moscow has made moves at its own pace, taking the initiative in framing the agendas. The reason for this lies not only with Moscow's rich experience in tackling diplomatic and security issues, it also has something to do with Washington's inability to unite its allies to suppress Russia. This inability stems from Trump's continuous destruction of the global arms control mechanism that was established during the Cold War. Besides, Beijing's support for Moscow to maintain the existing international strategic mechanisms is also very important to Russia.

The extension of the New START only means a delay of the negotiations, but they will still take place. The talks will define the future of rules that set the stability of global security. After all, we can expect to see big powers like the US and Russia mapping out their next strategies with more intensity and ferocity.

The author is a post-doctorate researcher from the Centre for Russian Studies, East China Normal University. opinion@globaltimes.com.cn