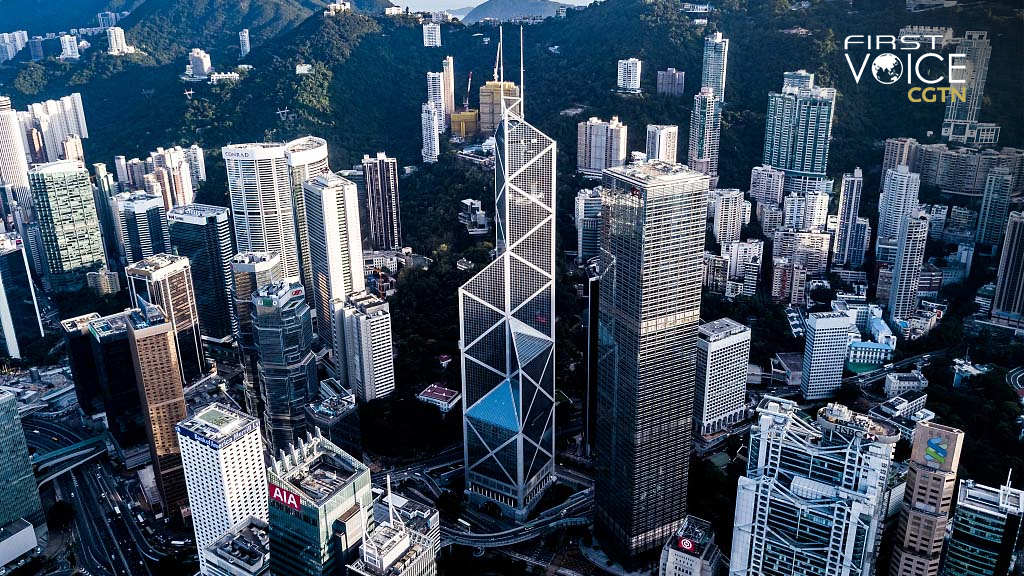 Over the past few weeks there has been a campaign circulating on social media called "Save12HKYouths." The campaign, shared by Hong Kong protest leaders, anti-China voices, some British politicians and even Swedish environmental activist Greta Thunberg, alleges that 12 Hong Kongers have been "arbitrarily detained" within the Chinese mainland following an attempt to escape by boat to Taiwan.

Those advocating the campaign portray those who have been caught as innocent refugees fleeing persecution, and also allege that the arrests are a violation of the "One Country, Two Systems" principle by exposing them to the mainland's legal system.

However, those pushing this aren't giving you all the facts. Instead, there's a large omission and act of deception going on. Clouded by the persistent assumption that all Hong Kongers who face legal trouble must automatically be innocent, Western commentators who are peddling the campaign are not being told the facts that those arrested are facing criminal charges of acts which would be constituted as blatant terrorism in any Western country, and that they are not refugees but fugitives who were caught in the mainland's territorial waters. It's time to look at the facts.

Western media and governments have painted a narrative that Hong Kong's national security law is unjust and is nothing more than oppression. In doing so they have further peddled the assumptions that every single person prosecuted under the law is an innocent victim of political persecution, and that the provisions of the law which include fighting separatism, foreign influence, insurrection and terrorism must always be illegitimate. Therefore in turn, every Hong Konger who flees the city facing arrest is automatically a refugee.

For example, on the first day of the national security law's implementation, a Hong Kong resident attempted to flee to Britain after stabbing a police officer. Although he was caught on the plane and therefore arrested, if he had succeeded and escaped, authorities in London would have treated him as a refugee and denied the Hong Kong authorities the chance to pursue justice. The point being, the law is not being given a balanced assessment. There is a belief, as there has been with the violent protests from the beginning, that Hong Kong activists can truly do no wrong, no matter how heinous their crimes.

And this could not be more the case with the so-called "Save12HKYouths" – who are not refugees, but fugitives. What the Western narrative is not telling you is that these individuals were part of a radical, ultra-violent group known as the "Dragonslayers" – as the name suggests, the group set out to pursue violent activities against police officers and the public at large. Members of the group who had fled the city are accused of planting bombs in public places, including at a college in Wan Chai. Reporting from the South China Morning Post also details that the authorities had confiscated firearms from the group.

In any country, such a group pursuing violence and planting bombs for political gain would be considered a terrorist organization. There is no ambiguity about it. Yet, the world is drip fed the narrative that these people are unjustly persecuted. Boats full of fugitives in America or Australia for one, would not be tolerated, so why not the mainland? There is no arbitrary or unjust detention here.

Given this, once again the world is being misled over Hong Kong by assuming the binary take of "good Hong Kongers" vs. "bad China and the national security law." The "Save12HKYouths" campaign pretends that those accused of terrorist activities are innocent refugees fleeing persecution, and the use of the term "youth" is used to try and push this narrative.

Facts are being seriously omitted. These people were wanted by authorities for wrongdoing which is objectively a danger to the public; in turn they also illegally entered the waters of the mainland in the attempt to escape to Taiwan. There has been a great deal of misinformation pushed to glorify the unrest in Hong Kong, and this particular incident could not be a more clear cut case of deception on behalf of the likes of Joshua Wong.