OPINIONS Why some people keep rubbing salt in China-Pakistan ties

Why some people keep rubbing salt in China-Pakistan ties 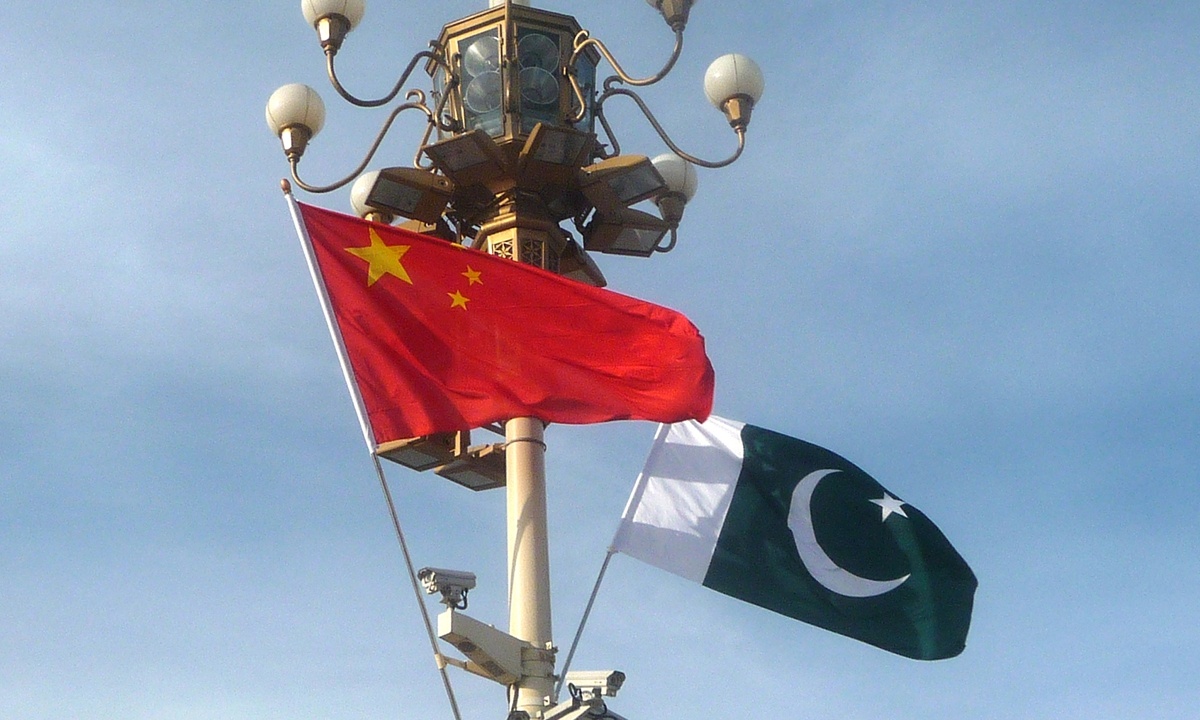 May 21 marks the 70th anniversary of the establishment of diplomatic relations between China and Pakistan. Islamabad is Beijing's all-weather strategic cooperative partner. In the words of Pakistanis, the time-tested strategic partnership is higher than the Himalayas, deeper than the Arabian Sea, sweeter than honey, firmer than steel, and more precious than eyes. In Chinese words, it is "iron friend."

For more than six years, the China-Pakistan Economic Corridor (CPEC), as the flagship project, has been riding the wind and waves. Even during the COVID-19 pandemic, the CPEC didn't stop. However, some in the world who are jealous of Pakistan's prosperity and progress, and the profound development of the friendly China-Pakistan relations, always want to stir up troubles.

Late on April 21, a terrorist attack hit the Serena Hotel in Quetta, the capital of Balochistan province, Pakistan. Nong Rong, Chinese ambassador to Pakistan, and Li Bijian, Chinese consul general to Karachi, who were on an official working visit to the province, stayed in this hotel. Fortunately, they survived untouched for they were out for official duties at that time.

We must firmly condemn any terrorist act. However, some Western media racked their brains, speculated maliciously and made false allegations about this incident. For instance, they alleged that Pakistan is absolutely unsafe, and that it is very dangerous to invest there. Besides, they described the terrorist attack was not only local armed force's retaliation for China's so-called infiltration into Balochistan, but also a warning to the CPEC.

What is the truth? According to an assessment in February, Pakistan has made indelible achievements in the anti-terrorism war since 2009.

Pakistan has made great sacrifice for the international anti-terrorism cause, and also executed remarkable achievements. The reason why the CPEC can forge ahead is based on the great improvement of Pakistan's security. Individual terrorist attacks cannot blacken the fact that Pakistan's overall anti-terrorism situation is improving. Therefore, it is futile to defame Pakistan in a bid to force the CPEC to slow down and make Chinese investors flinch from the country.

What is the latest development of CPEC today? I want to quote the words from Yao Jing, former Chinese ambassador to Pakistan. He said that the Chinese people sincerely hope that the Pakistani people will live a good life. Many Pakistani friends have really felt that as their life has significantly improved. For example, the CPEC has helped Islamabad out of the problems of blackout, which troubled local people almost every day by 2014. And Pakistan's first ever metro line that was constructed by Chinese companies and opened service in October 2020 has facilitated the traveling of 250,000 passengers daily.

Since the construction of CPEC projects, China has provided more than $10 billion in assistance to Pakistan, which has created direct employment of more than 70,000 and indirect employment of more than 1 million Pakistanis. In the fight against COVID-19, Pakistan and China have supported each other. Moreover, Pakistan Prime Minister Imran Khan got vaccinated with COVID-19 vaccine made in China to show his trust and respect for China.

In contrast, what has the superpower on the other side of the Pacific Ocean done? So far, the government and people of Pakistan have not received any anti-pandemic materials from the US. Besides, the summit on climate change hosted by Washington didn't invite Prime Minister Khan as it has ignored Pakistan's status as a great country.

It can't be denied that there still are terrorist organizations in Pakistan. Even if they have been severely hit, extremism remains. But who on earth should be hold accountable for allowing terrorist attacks in Pakistan and Afghanistan? Who used their own aid agencies in these two countries to help print various pamphlets to promote jihads?

Relevant countries and Western public opinions shouldn't forget the bloody tragedy of 9/11 attacks and shoot itself in foot again. It's high time to stop groundless move to rub salt on China-Pakistan relations.

The author is a senior researcher of Chongyang Institute for Financial Studies, Renmin University of China.opinion@globaltimes.com.cn