OPINIONS Why Trump has been unable to end endless wars

Why Trump has been unable to end endless wars 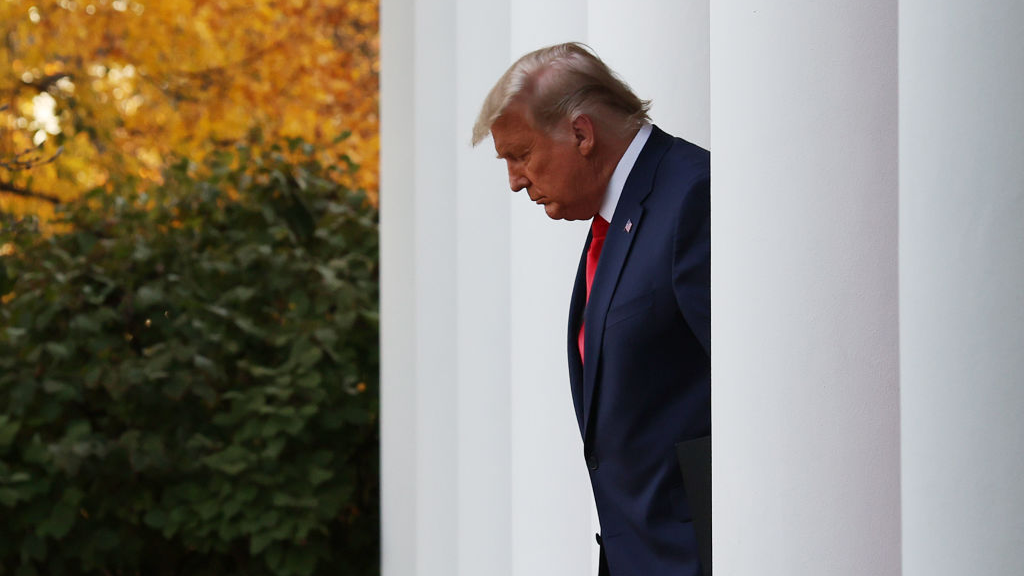 U.S. President Donald Trump walks up to speak about Operation Warp Speed in the Rose Garden at the White House in Washington, November 13, 2020. (Photo: Getty)

It has now become clear that Donald Trump's recent installation of loyalists in top Pentagon jobs is for the purpose of fulfilling his long-term pledge to bring an end to America's "endless wars." It was expected that Trump would order the withdrawal of 4,500 troops from Afghanistan and end 19 years of "occupation."

However, according to Christopher Miller, the Acting Defense Secretary, U.S. forces will only be decreased to 2,500 troops by January 15, 2021. As such, the U.S. "occupation" will continue.

At any rate, the reported number of troops stationed, here or there, must be taken with a grain of salt considering recent reports that the U.S. military has deceived President Trump about the number of troops in Syria.

Christopher Miller, placed in his position by Trump, is in fact against withdrawal, saying in a recent memorandum that "we are on the verge of defeating al-Qaeda and its associates, but we must avoid our past strategic error of failing to see the fight through to the finish." In addition, logistical concerns have been raised about how to withdraw so quickly without avoiding chaos.

However, if 19 years of occupation, by the mightiest military force of our modern age, has not yet led to a suitable conclusion, then how much longer does the U.S. need to complete its mission in Afghanistan which has been an unmitigated disaster. It, along with Libya, Syria, and Iraq, represents one of the gravest human rights violations of the 21st century.

There are now 2.7 million Afghan refugees worldwide, while Afghanistan's GDP per capita stands at a paltry $531. the country now cultivates over two-thirds of global opium and has 2.4 million opium addicts. Tragically, the U.S. spent $52 billion "occupying" Afghanistan in 2019, which is more than twice Afghanistan's GDP at $20.68 billion.

As such, Trump's efforts to bring an end to the occupation of Afghanistan and end U.S. wars are commendable. In contrast, the mild-mannered but often hawkish Biden will unlikely take the same line. While he has not always supported military action, he nevertheless believes in the U.S. hegemonic right to use hard force. For example, Biden supported the catastrophic 2003 illegal invasion of Iraq, and he pushed for NATO's expansion eastwards.

However, Trump's actions, in regard to ending U.S. occupations, are too little too late and will only result in a withdrawal of some troops. In terms of Afghanistan, Trump could have joined with China to end the U.S. quagmire but instead, he concentrated on a self-destructing economic war. It must be asked why Trump has been distracted by China at the expense of fulfilling his pledge to "bring home the troops?"

The president is able to recognize the unease of working-class America, which is commendable. However, he has also bought into the same propaganda disseminated by the U.S. elites. This propaganda which always raises the specter of a foreign "bogeyman" is used to justify foreign invasions and distract the U.S. working-class from their homegrown problems which arise out of their own homegrown class contradictions. 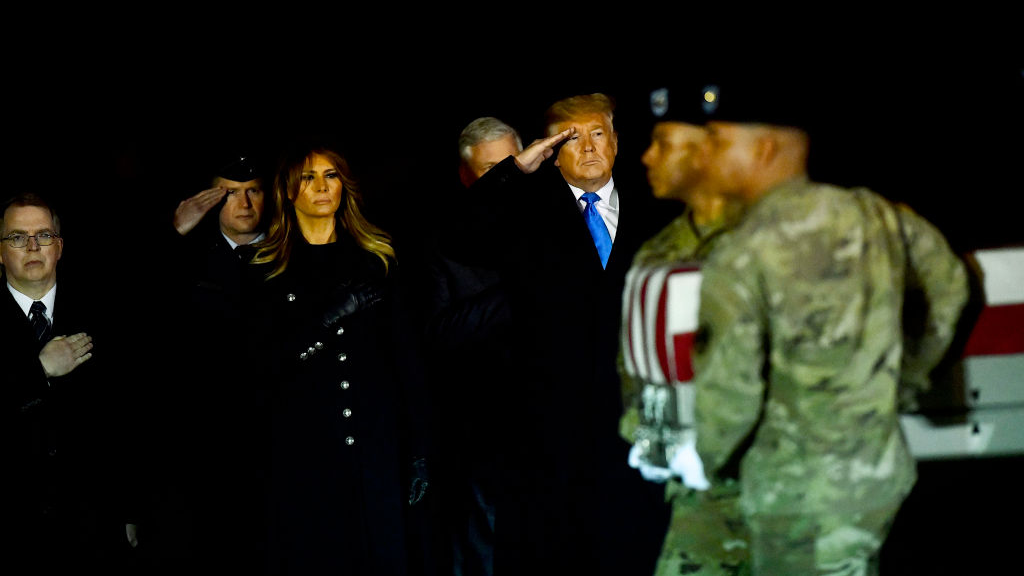 Trump, being a billionaire, has been unable to see that unfettered U.S. capital, both in their national and transnational forms, represents the nucleus of where America's primary contradiction emanates.

On the one hand, Trump has supported capital with avaricious tax breaks. On the other hand, the military-industrial complex is a business itself that feeds on the suffering of never-ending wars. As such, if Trump wanted to tackle U.S. wars, then he would have had to bring capital to heel, something he is ideologically opposed to.

Trump taps into working-class discontent that has been sidestepped by the inordinate power of U.S.-based transnational capital which has shifted production to Asia. However, Trump falls into the distracting elite jingoist propaganda by vilifying China as a "stealer" of U.S. jobs instead of recognizing that China is as much an innocent party as the American working-class who are taught to hate China.

The U.S. mass media, which is in the hands of transnational capital, have long before Trump's presidency disseminated anti-China and pro-war propaganda. The foreign bogeyman and pro-war propaganda are, in fact, just different stages of the same process of U.S. imperialist strategy. Firstly, the enemy is morally denounced leading to the next stage where U.S. citizens support wars against the denounced.

Consequently, the U.S. corporate mass media uses wars and "foreign-devils" not only to distract the U.S. working-class but to indoctrinate them into supporting their foreign wars to achieve their strategic and economic goals. The lesson is thus – Trump cannot be simultaneously anti-China and anti-war. Economic war with China has not only arisen from believing simple narratives disseminated by his own class, it also makes a real war with China more likely.

Trump, with his hypermasculinized personality, has tapped into the unease of an "emasculated" working-class. He, like the working-class, knows there is something deeply rotten at the core of U.S. society and that "fake-news" indoctrinates Americans with a false consciousness.

However, Trump, who is ideologically naïve, has been unable to extradite himself from the swamp he is a part of. As such, the U.S. will continue on its never-ending wars from which transnational capital and the military-industrial complex profit handsomely.