OPINIONS Why Trump, Kim choose to meet in Vietnam in late February?

Why Trump, Kim choose to meet in Vietnam in late February?

WASHINGTON — US President Donald Trump on Tuesday announced in the annual State of the Union (SOTU) speech a second meeting with the top leader of the Democratic People's Republic of Korea (DPRK), Kim Jong-un, on Feb 27-28 in Vietnam. 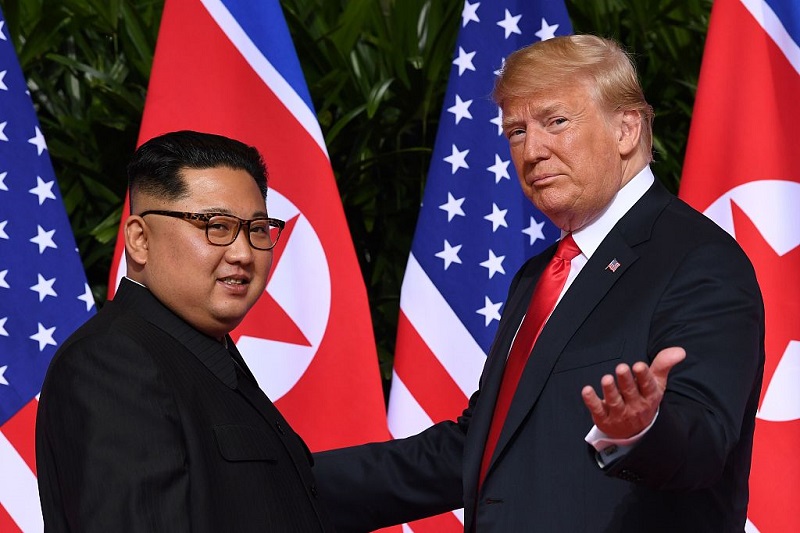 US President Donald Trump (R) gestures as he meets with North Korea's leader Kim Jong-un (L) at the start of their historic US-North Korea summit, at the Capella Hotel on Sentosa island in Singapore on June 11, 2018. (File photo: VCG)

US experts believed that the two sides chose the meeting timing and location based on multiple considerations.

WHY FEBRUARY IN VIETNAM?

Douglas Paal, vice president for studies at the Carnegie Endowment for International Peace, told Xinhua that the two leaders' meeting venue has to be in "neutral territory with enough hotel rooms to accommodate the crowd."

Speaking of the reason for the two sides to choose late February, the expert said that "Trump needs a win after the elections and shut down" and "the SOTU and Tet (lunar new year 2019 holiday) new year makes end February the soonest time."

Kyle Ferrier, a US-based scholar of Korean studies, told Xinhua that Vietnam is the choice because of "logistics and symbolism."

Speaking of the timing, he told Xinhua that the end of February timing for the second summit "seems to be more a function of how quickly both Trump and Kim want to meet."

"Working level talks between the US and North Korea broke down last October soon after Secretary of State Mike Pompeo and Special Representative for North Korea Policy Steve Biegun visited Pyongyang. These talks have only just recently been restarted and a late February summit date was likely picked to give them some cushion to work out substantive and logistical issues," he explained. 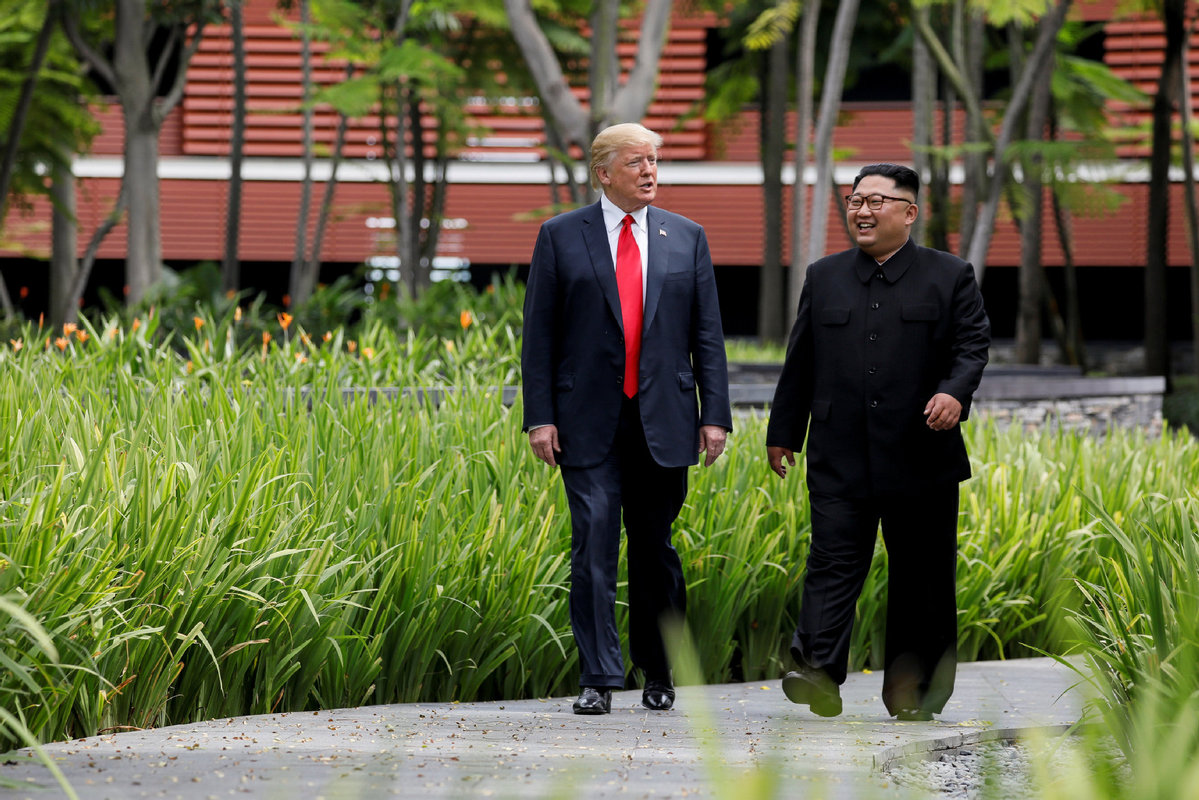 US President Donald Trump and DPRK's leader Kim Jong-un walk together before their working lunch during their summit at the Capella Hotel on the resort island of Sentosa, Singapore, June 12, 2018. (Photo: Agencies)

While announcing the meeting, Trump did not give its specific location in Vietnam.

Jenna Gibson, a Korea expert at the University of Chicago, told Xinhua that it is widely speculated that the second Trump-Kim summit will take place in Da Nang, although the location has not officially been confirmed yet.

"Trump's team may still be working on details to make sure both sides walk in on equal footing despite the location," she said.

"He was in office during a time when North Korea had finished its nuclear program to the point where Kim was willing to come to the negotiating table. At the same time, our ally South Korea elected a president who was very active and willing to put in the work to make progress on engagement with North Korea," she said. "To his credit, Trump was willing to seize this opening, and agreed to the historic summit in Singapore last year."

"It's good to see North Korea included in this year's speech, but the amount of time Trump spent discussing his North Korea policy has shrunk significantly compared to last year," she said.

Trump met with Kim first in Singapore last year on June 12, reaching several points of general consensus that have led to the improvement of the US-DPRK relations. However, differences between the two sides remain over key issues including the scale of denuclearization, US sanctions on the DPRK and whether to issue a war-ending declaration.

Speaking of what the Trump administration wants to get from the meeting, Paal cited the end of conflict declaration, moderation of UN sanctions, and inspection of nuclear and missile test sites, adding that it is possible that the two sides could achieve what they want during the meeting.

However, Dan Mahaffee, senior vice president and director of policy at the Center for the Study of the Presidency and Congress, told Xinhua that he doubts the Trump administration could find a solution that will end the DPRK's nuclear and missile programs.

Other experts noted the importance of reciprocity in the process.

Ferrier, for his part, told Xinhua that "going into a second summit, the Trump administration will be looking for Pyongyang to commit to taking real steps towards denuclearization, which will need to be met with reciprocal concessions from Washington."

Gibson, while saying that the Trump administration needs to get from the second summit "something concrete," noted that "for Trump to be successful and for this summit to be worth it both policy-wise and politically, he needs a specific change, not just a promise from Kim."

"One likely candidate for a concrete take-away is movement toward declaring an official end to the Korean War. Stephen Biegun, the US special representative for North Korea, specifically mentioned that President Trump is willing to talk about such a declaration, along with other trust-building moves," she said.