OPINIONS Will Beijing bow to Washington pressure to ditch its high-tech industry plan?

Will Beijing bow to Washington pressure to ditch its high-tech industry plan? 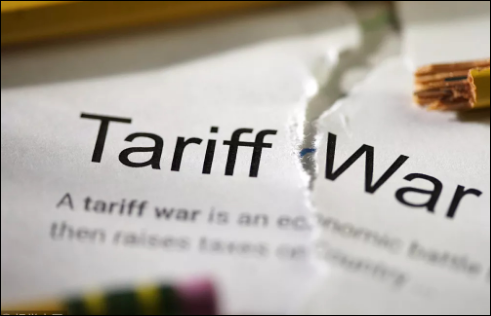 Addressing a press conference at the White House on Wednesday, US President Donald Trump claimed China has given up its "Made in China 2025" plan. Following the claim, some US media outlets expressed doubts that China had dropped what they call "China's tech ambition."

One of the reasons behind the trade war initiated by the US against China is US concern over the "Made in China 2025" plan. Washington believes that Beijing's subsidies to State-owned enterprises (SOEs) to promote the country's manufacturing upgrading undermined the competitiveness of US companies. And it suspects that the Chinese government may encourage Chinese companies to steal the intellectual property of US companies, and that China may eventually take over the "global technology leadership." The discontent and concern the US has over China also exist in other developed countries to various degrees.

As the trade war against China continues to unfold, we noticed that "Made in China 2025" gradually faded away from the official documents of the Chinese government and media reports. We believe that this change reflects China's gesture to not irritate the US and shows China's goodwill by being considerate in addressing the concerns of the outside world.

The entire Chinese society did not expect that the "Made in China 2025" plan would elicit such a strong reaction from the US and other Western countries. China is developing at its own pace. The development of the high-tech industry is the only path toward the country's modernization. State-owned enterprises (SOEs) are the main force in China's high-end manufacturing industry. What's wrong with making a plan for it?

In the age of globalization, China is bound to have frictions with the outside world. These frictions are also one of the ways for China to understand the world. This year's trade war has made many Chinese people think in new ways.

The continuous development of high-tech industries is the basis to improve national production efficiency and the only way to increase our per capita income as well as build a better life. This is the right of the Chinese people. The US and other Western countries hope to maintain their advantage in high-end technologies in a way they can accept, and it is understandable. Perhaps a balance should be found between China's rights and US wishes.

Washington should step out of its technological hegemonic mind-set, and respect Chinese people's hard work and wisdom. Beijing should take US complaints more seriously, listen to the views of outsiders over its way of achieving scientific and technological progress and make the necessary adjustments, including addressing issues like SOE subsidies.

Can China and the US work toward the same direction and make adjustments? This is perhaps a challenge for both sides. Some people in the US are used to being overbearing. What they refuse to accept is not China's way of developing high technologies, but the reality of China's scientific and technological progress. They arrogantly believe that they can prevent such progress in China as long as they adopt a containment strategy toward Beijing.

Some people in China would think, "Why should we make adjustments to meet US demands?" They should realize that China is highly integrated into globalization. The US and other Western countries are the world's largest intellectual property developers and largest markets. China is still at a disadvantage. We need to coordinate our development plans with the US and other Western countries, otherwise China will face more difficulties and low efficiency.

China is unlikely to see a strong rise in the high-tech sector given various restrictions both at home and abroad. In decades to come, or even until the end of the century, the US high-tech capability is very likely superior to China's.

China should neither slacken nor be impatient. Holding on to globalization is the nation's best choice.