OPINIONS Will Biden succeed in rebuilding bridges in Latin America?

Will Biden succeed in rebuilding bridges in Latin America? 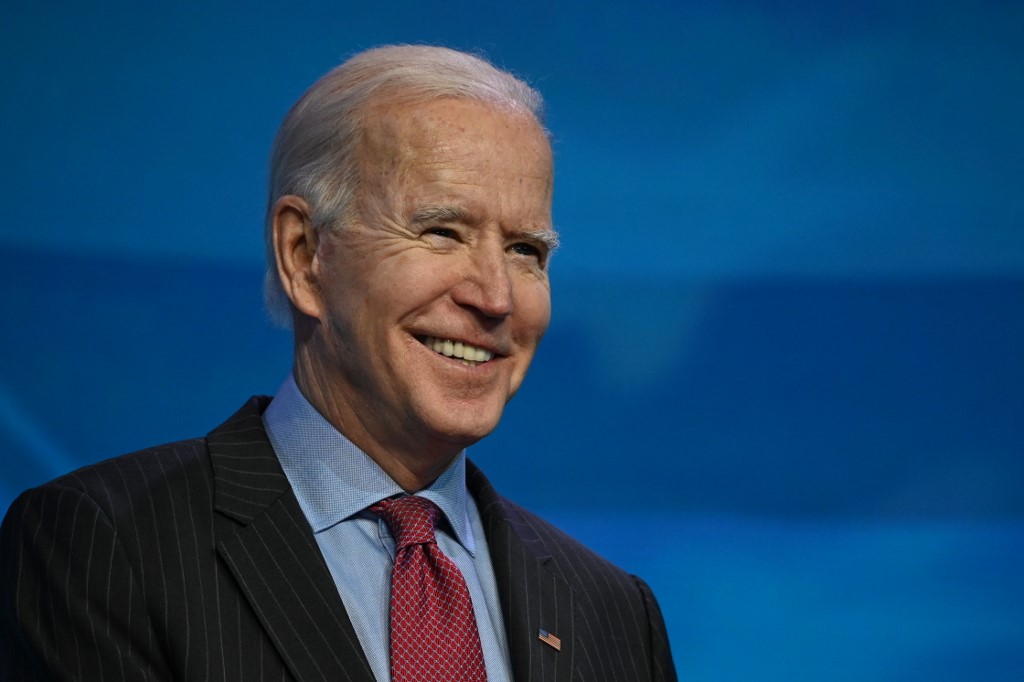 US President-elect Joe Biden speaks at The Queen theater in Wilmington, Delaware on January 8, 2021, to announce key nominees for his economic and jobs team. (Photo: AFP)

Joe Biden's extensive experience working with Latin America has given rise to expectations that he will pay far greater attention to the region than the man he is replacing as United States president.

Donald Trump showed scant interest in Latin America during his four years in office, except when it conflicted with his America First policy on immigration, or with his domestic agenda to appease the Venezuelan and Cuban diasporas in Florida.

The departing president paid just one visit to America's so-called backyard – and that was in 2018 to attend a G20 summit in Argentina that focused on global rather than regional issues.

In contrast, Biden, as vice president to Trump's predecessor Barack Obama, was a point man on the region, visiting 16 times in the eight years.

He has tended to view stability and prosperity among Latin American nations as vital to America's economic and security interests.

"They should be on notice that Trump's incompetence and neglect in Latin America and the Caribbean will end on day one of my administration," Biden told Americas Quarterly last March.

In his first phone calls with Latin American leaders in November, Biden "emphasized the need for even deeper hemispheric cooperation on advancing economic prosperity, combating climate change, strengthening democracy, and managing regional migration flows, among other shared challenges," according to a statement from his transition team. 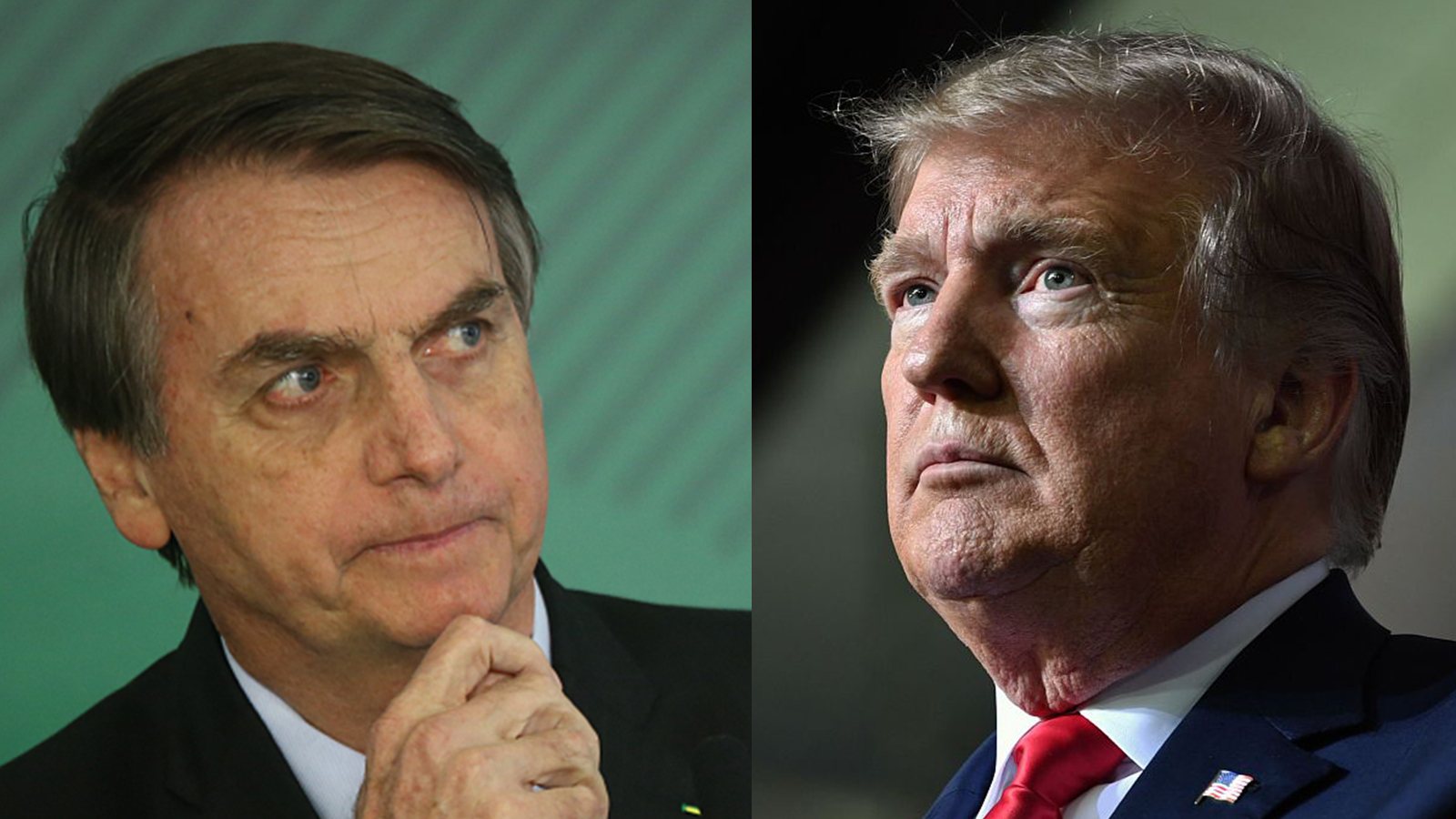 The admiration of Brazil's President Jair Bolsonaro (left) for Donald Trump could complicate relations with the Biden administration. (Photo: VCG)

But even in the two months since then, a lot has happened. The seemingly never-ending coronavirus pandemic and deep fault lines in the U.S. body politic exposed by the recent Capitol riots mean that the incoming president has more pressing priorities in a piled-up in tray.

Latin America has itself undergone upheaval since the last time Biden was in office. Many expected the social unrest over rampant inequality that broke out in 2019 in some countries to spill over into 2020, but pandemic put paid to that. The virus has hit the region the hardest and made dire economic conditions even worse.

Leaders supportive of Trump, cheered by Brazil's Jair Bolsonaro, have also come to the fore, adding some spice to the geopolitical mix.

And democracy is taking a beating in the region. A survey of 18 countries in 2018 put satisfaction with democracy at only 24 percent, the lowest level since polling organization Latinobarometro began asking the question more than 20 years ago.

In this environment, analysts still predict a return to diplomatic orthodoxy under Biden as the minimum expected across the region after Trump's wild ride.

"A U.S. administration led by president-elect Joseph Biden may promote constructive U.S. re-engagement with Latin America, although the near-term focus in both the U.S. and Latin American countries will remain on domestic issues," Fitch Ratings said in a post-election assessment.

For starters, Biden has set out a plan to reset relations with a sub-region of Latin America, Central America, particularly Honduras, Guatemala, and El Salvador, by pledging to develop a comprehensive four-year $4 billion strategy to address the poverty and insecurity driving migration from the area to the U.S.

Trump's toxic rhetoric on immigration from these three Northern Triangle nations and Mexico, Central America's largest country, helped drive the Biden plan, which draws on one started when he was vice president. But there is another deeper reason as well, according to a longtime friend of the incoming president.

Senator Tom Carper of Delaware told the Atlantic that Biden feels a moral obligation for the U.S. to be active in Latin America, especially the Northern Triangle nations that have long been bedeviled by drug-fueled violence.

"He believes that we – the U.S. – are the root cause of much of the violence and crime and the lack of economic opportunity in these three countries in Central America," Carper said.

Latin America has been badly hit by the pandemic and faces a tough road toward recovery.

"If it weren't for our dependence and our reliance on illegal drugs, fostering the sale and the transport of these drugs … life in these countries would be a lot better."

However, the fact that the plan emphasizes such sensitive areas as combating corruption and investment in civil society organizations in pursuit of economic development may ruffle some feathers.

Analysts say Biden's approach is unlikely to be as heavy-handed as Trump's. His administration will also have a broader focus than just on punishing bete noires Venezuela and Cuba, which the White House redesignated as a "state sponsor of terrorism" on Monday in an 11th-hour announcement that will stymie Biden's stated desire to improve U.S.-Cuban relations.

"When President Biden takes office, he will not approach Latin America with a blank checkbook or magic formulas for hemispheric comity and recovery, but he will offer his characteristic humanity, his belief in the region's promise, and his administration's steadfast engagement," said Michael Camilleri of Inter-American Dialogue, a Washington-based think tank, in a view that's widely shared.

Only time will tell whether a softer, gentler approach will work in a region where there is widespread distrust of American hegemony sitting alongside genuine admiration for the noisy neighbor to the north.