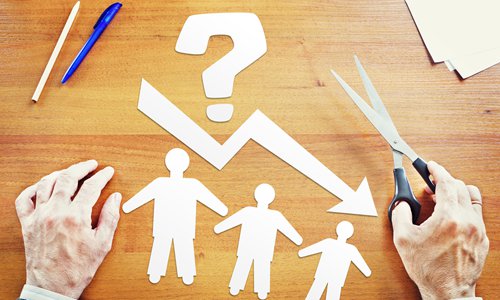 South Korea made headlines recently after the government data showed the total fertility rate fell to 0.98 in 2018. Countries need a fertility rate of 2.1-2.2 if population is to be kept stable. Although 2.5 is the global average, this number has halved dramatically in the past 50 years and more countries fall below 2 and even 1.5.

Birth rate in Japan has hit its lowest level since records began in 1899, as stagnant income levels, long work hours, fierce competition and rising consumption tax only make the financial burden greater and thus, make it less attractive for couples to start a family. Sure Japan is handing out cash incentives as well as other programs such as dating services and proposed paternity leave, but improvement takes time. The struggle will stay, so will the adverse effects of low birth rates, which has led to a shrinking work force, and strained retirement and social services for the elderly.

Despite the relaxation of the one-child policy, China is also facing a similar challenge. We are not alone since it is not just Asia with a ticking time bomb and a declining active population but also US, Bulgaria, Latvia and more.

While some countries have seen the birth rate rise mostly due to immigration and rely on migrants to sustain the work force, they come and go - so that is definitely not a fixed solution.

Fewer babies. Fewer marriages. Rise in the single population and divorces. Traditional concepts will face more questions since for the young workforce, having children and a family and compromising one's own goals do not make sense.

The current world we live in is changing, is highly competitive, unpredictable and stressful. Governments do need to do something, but why would anyone be easily seduced by some government policy or incentives to have babies? This is a personal decision and the question is how far governments can and should go and whether any government incentives would really reverse and stop the social and economic bomb from exploding.

I admire housewives and mothers for their hard work because they are so selfless. I see so many of my female friends being the only caregiver. Fathers are often invisible. Cost is way too high - is it worth it? I am not fond of children. I do not see having them as a sound investment. I enjoy and care more about work. Perhaps I will change, however right now I don't have the money, time or emotional capacity to start a family. In the event that I do, it should and will be done out of careful planning. Money is a key factor since it is irresponsible to bring a child into the world if you are not even financially stable.

The time and opportunity costs that women have to face when starting a family, coupled with their empowerment from personal pursuits to education level, do little to add to the benefits of having kids.

No doubt that governments and policies are aware of the long-term detrimental effects that low fertility rate could have on the labor force, economy etc, however, what must be done goes beyond just research and repetitive reports on something so obvious.

Finally, while it is easy to focus on the size of one's population, we need to focus on human capital and gender resources - the need to have both males and females in the workforce, to have them start families and be supported so that - as part of the circle of life - the elderly could be supported. Better long-term investment in human capital is needed. It is time for good governance and positive policies, or we just watch from the sidelines and continue to read a few more similar articles in the coming years.