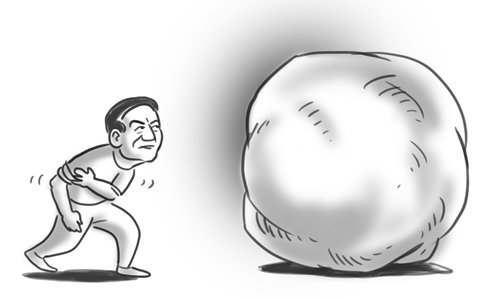 The Myanmar President Office announced on March 21 that President U Htin Kyaw resigned from his post to rest. Myanmese people generally believe the resignation stemmed from Htin Kyaw's health issues, instead of speculation that he was at odds with Myanmar State Counselor Aung San Suu Kyi or he was forced to step down by Western pressure over the Rohingyacrisis.Myanmar quickly initiated a new presidential election. U Win Myint, a senior member of the National League for Democracy (NLD) as well as former speaker of the House of Representatives of Myanmar, was elected the nation's new president Wednesday. It mirrored the fact that the NLD still has absolute control over the nation's parliament and government. Win Myint was once a lawyer of the Supreme Court of Myanmar. He joined the NLD in 1988, became the lower house speaker in 2016 after the NLD won the 2015 general election. He is a senior NLD member and is 66 years old. This is to his advantage. Most NLD leaders are over 70. With his rich experience and strong ability, Win Myint is believed to be competent as the heavily tasked president. Win Myint also has won the trust of Suu Kyi, who is widely seen as de facto leader of Myanmar, although she is ineligible to become the country's president as her late husband and sons are not Myanmar citizens. During Win Myint's time in the lower house, he strictly followed Suu Kyi's demands in disciplining members of parliament as well as implementing her reform plans. After he assumed office as president, he will no doubt implement Suu Kyi's as well as the NLD's policies. Myanmar will not see major changes in its power structure and policies.The Myanmese public expects the new president to strengthen the crackdown on corruption and tackle external and internal conundrums so as to lead the country to rapid development. However, as a Myanmese proverb goes, the country is "overwhelmed by 16,000 problems." After Win Myint takes office on Friday, he, Suu Kyi and the Myanmar government will keep facing multiple challenges. The third session of the 21st Century Panglong Peace Conference was originally slated to be held in the last week of January, but was delayed by sharp conflicts between the government and ethnic armed groups and inadequate preparations for the meeting. It is now scheduled to be held in late April or early May, which means it will be postponed nearly half a year. Major ethnic armed groups such as the United Wa State Army and Kachin Independence Army have not yet signed a cease-fire agreement. Military conflicts are continuing in northern Myanmar. There is still a long way to go before the country reaches national reconciliation and lasting peace. The Rohingya crisis in western Myanmar's Rakhine State, which has lasted for over half a year, is still going on. Hatred between Buddhists and Rohingya Muslims in Myanmar is festering, with both sides launching violent strikes against each other. It was reported that since the fierce clashes on August 25 last year, more than 500,000 Rohingya Muslims have fled their homes. Now the work to take them back to Myanmar has just started. Due to concerns that extremist militants may pretend to be refugees and go back to Myanmar to launch attacks, the task to resettle the refuges is full of difficulties. Sanctions from the outside world due to the Rohingya issue have also led to a diplomatic predicament in Myanmar. Economic growth in Myanmar has slowed and Myanmese people are becoming increasingly discontent with the sluggish economy and living standards.NLD leaders are mostly over 70. Cultivating a new generation of young leaders is also an urgent task for the party. The 2020 election is not far away. Suu Kyi is already 72. The NLD government is facing a heavy task of consolidating and expanding its voters so as to ensure its victory in the next general election.