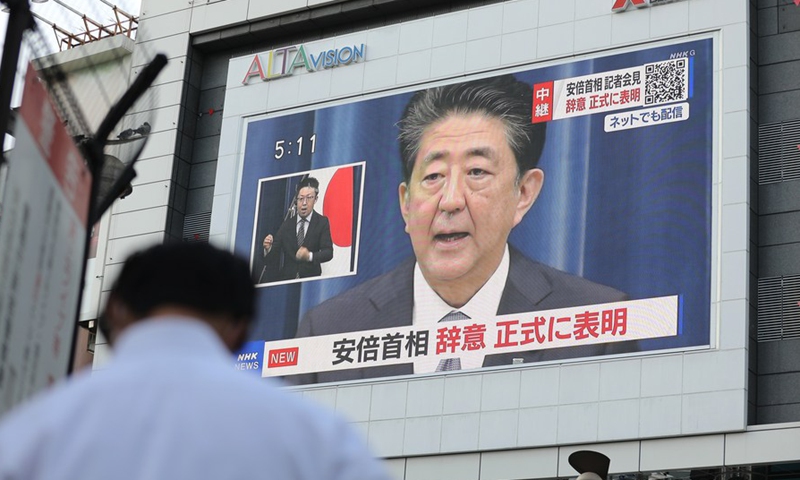 Japan's longest serving prime minister, Shinzo Abe, resigned on Friday due to health issues, but will remain in office until Liberal Democratic Party successor is chosen.

Japanese media reported there are likely 10 potential successors and several have clearly indicated they intend to run for party leader, which would immediately elevate them to the position of prime minister.
Among the frontrunners is Fumio Kishida, who is regarded as a legitimate successor, Shigeru Ishiba represents the 'Anti-Abe' option, and Taro Kono, who has received a lot of attention recently.
At his press conference, Abe mentioned that as the Prime minister of Japan, there are three major political issues that have not yet been resolved, including revision of the Constitution of Japan, the conclusion of a peace and friendship treaty with Russia, and the issue of  abduction of Japanese citizens by North Korea.
Abe didn't indicate who he favored as a successor, which means the leadership race will be between the different factions of the Liberal Democratic Party. Whichever candidate receives the support of Abe's own faction, and the support of two key figures - Taro Aso and Toshihiro Nikai - is likely to win the race to assume the prime minister's office.
A new Japanese prime minister will likely have a great impact on China-Japan relations. If there is little policy continuity, neither China nor Japan will benefit. Whether Abe's successor can inherit his moderate China policy will be key to China-Japan relations in the long run.
Chinese Foreign Ministry spokesperson Zhao Lijian said at a regular press conference on Friday the naming of Abe's successor "is an internal matter of Japan and we have no comment on it. China and Japan are close neighbors. China is ready to work with Japan to continue to improve and develop bilateral relations."
Continuity would be a basic affirmation of Abe's administration, especially its China policy during the later part of his administration. There were two distinct stages in Abe's administration over the past eight years. The first was dominated by confrontation and containment, while the second emphasized a return to "normal." For the Abe cabinet, China-Japan relations are a positive rather than a negative. Since 2017, leaders of the two countries have exchanged visits and reached broad consensus in the fields of economics and trade, such as cooperation on third-party markets and currency swaps.
Regrettably, many of the established political agendas between the two countries have not been realized due to the impact of COVID-19. Electoral politics and the international situation are likely to mean all potential candidates will be critical of China to some degree. The "Kishida faction" led by Fumio Kishida has taken over the political mantle of former prime minister Kakuei Tanaka, which held relatively moderate policies on China. Recently, Kishida has been more critical of China, and raised objections to issues concerning the national security law for Hong Kong and President Xi Jinping's official visit to Japan.
Shiba Shigeru, who is a hawk, has made few critical remarks on China-related issues, which seems to be an attempt to curry favor with Toshihiro Nikai, a "pro-China" boss of the Liberal Democratic Party. However, it's widely believed that these two candidates' view of China issues mainly stem from the need to win an election. Whoever becomes Japan's next prime minister is unlikely to pursue confrontational policies toward China. Japanese politicians will inherit and further develop China-Japan relations that are in line with their national interests.