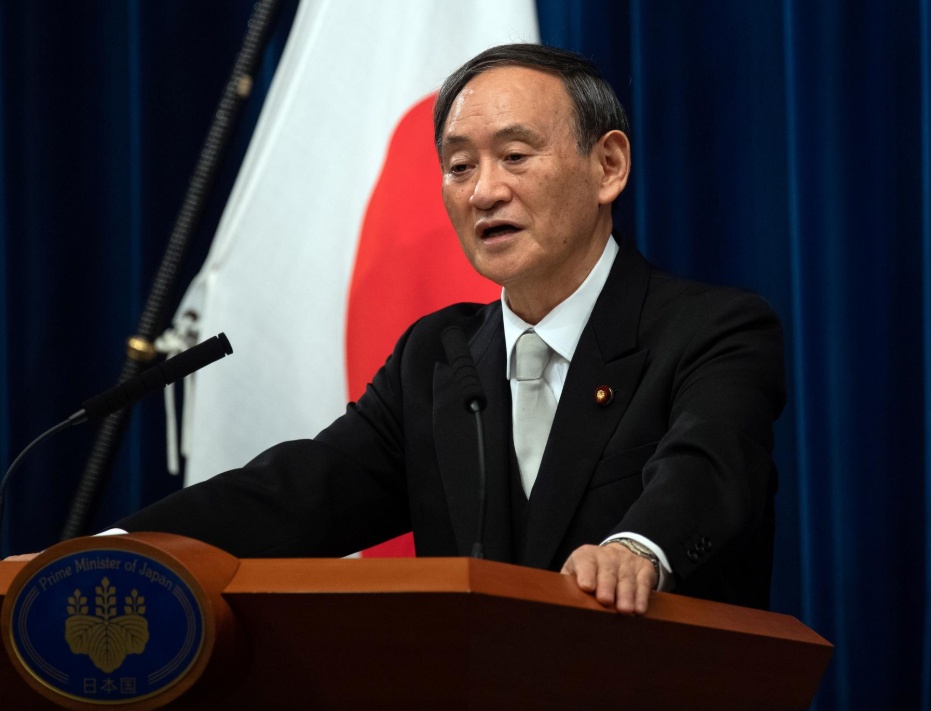 Essentially, the Suga Cabinet will continue the domestic and diplomatic policies of Shinzo Abe, the longest serving Japanese prime minister who resigned due to ill health recently, particularly because Suga's tenure is scheduled to end in September 2021, the remaining term of Abe. But apart from Abe's ill health, some behind-the-scene politics were also involved in Suga's election as Japan's leader.

The contraction of Japan's economy due to the novel coronavirus pandemic, and diplomatic tensions with its neighbors including the Republic of Korea meant that if Abe remained in office until next year's election without resolving the burning issues and reviving the economy, the ruling Liberal Democratic Party could lose seats in the Japanese parliament－and Abe's opponents within the LDP could win the party president's post.

As for Suga, different from other politicians, he has risen to power despite not coming from a political or influential family, or having the monetary backing to become the country's leader. His promise to push forward Abe's policies was the main reason he defeated Toshihiro Nikai, former secretary-general of the LDP in the leadership's election.

Also, Suga was elected by bypassing the rank and file of the LDP. But despite working for nearly eight months as Abe's "right-hand man", Suga demonstrated enough industriousness and strength as a leader.

The immediate priority for the Suga Cabinet is to cope with the pandemic, and balance the pandemic-control measures and economic development. It will also have to maximize Japan's national interests by striking a balance between the country's ties with the United States and China at a time when Sino-US relations have almost hit rock bottom.

Suga also has to balance the interests of different LDP factions. The LDP Cabinet lineup, for example, reflects intra-LDP coordination. The five LDP factions that endorsed Suga's candidature for leader have been rewarded accordingly.

That Suga has said he would follow Abe's policies means he will partly promote nationalism and strive to derive maximum national interests from the US-Japan alliance. After all Abe attached more importance to constitutional amendment so Japan could build a normal military.

Abe stepped down without realizing his dream, but he urged his successor on Sept 11 to propose an amendment to Japan's pacifist Constitution so the country can develop a first-strike capability on enemy bases to defend against imminent attacks. So close attention needs to be paid to the new Japanese Cabinet's defense policies and Washington's response to Japan's requirement, because Abe's younger brother, Nobuo Kishi, has been appointed defense minister.

Yet Suga can benefit from the stable development of China-Japan ties, because Nobuo Kishi and Japan's Foreign Minister Toshimitsu Motegi are more moderate than their predecessors, and Toshihiro Nikai appears to be friendly toward China. Besides, Suga did not actively support the US' anti-China activities and instead has proposed Washington and Beijing settle their disputes through dialogue.

Moreover, Suga has new ideas such as administrative reforms and development of the digital economy, and has stressed the continuation of diplomacy, the significance of the US-Japan alliance and the importance of stable relations with neighboring countries. As such, the new Japanese government is more likely to make rational choices in its interactions with the US and China.

But it will face tough challenges, especially because the opposition parties have been putting pressure on the LDP-Komeito coalition. Finance Minister Taro Aso learned a lesson while serving as Japan's prime minister in 2008-09, as his Cabinet's approval rating nosedived because it couldn't boost the economy following the global financial crisis which ultimately resulted in the LDP losing power in an election.

However, since "where there is a will, there is a way" is Suga's motto, let us hope he can lead Japan to a new phase of development and not only promote Sino-Japanese ties but also deepen regional cooperation.

The author is a research fellow at the Institute of Japanese Studies, Chinese Academy of Social Sciences.