OPINIONS Will the pandemic spell the end of US dollar’s dominance?

Will the pandemic spell the end of US dollar’s dominance? 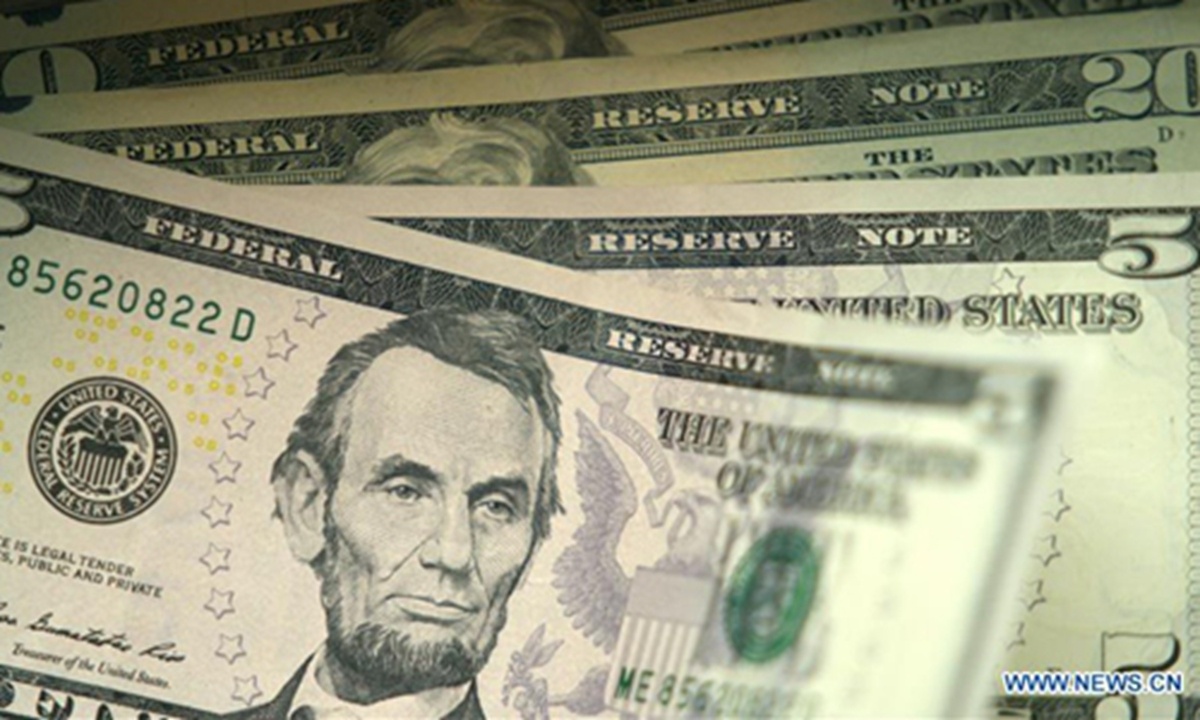 The US dollar has maintained international payment dominance for decades. To this day, the dollar remains the primary global reserve currency, and plays a prominent role in global trade and financial flows.

The widespread use of a single dominant currency like the US dollar has important implications for global financial stability. The reliance on dollar funding can be a source of potential financial vulnerability.

During the COVID-19 crisis, US dollar funding conditions became tense in March. Though the strains were somewhat short-lived, it serves as a reminder of how the dominance of the dollar in the global financial system can in fact create system vulnerabilities, particularly in times of stress.

The world is facing a challenging time. In the US, there has been a resurgence of coronavirus infections, which will likely weigh on the country's economic outlook. There are also considerable uncertainties surrounding the 2020 US presidential election, which is just days away.

Against this backdrop, an assessment of the future dynamics of the US dollar seems timely.

The first factor is the bleaker prospects of the US economy. According to the IMF's latest projections, the US economy is expected to contract by 4.3 percent from last year in 2020. As the virus is yet to be brought under control in the US, concerns over a worsening of the health crisis, as well as expectations of further stimulus, have led to a significant weakening of the dollar in recent months. But depreciation does not mean decline. Any change in the current dominance of the US dollar would likely be a result of more fundamental and structural movements.

Secondly, a more structural factor is the US' debt dilemma. The US is highly indebted, and the country's massive spending in response to the pandemic is likely to take US public debt to even higher levels. Some argue that elevated debt could divert investment away from key areas underpinning the US economy's competitiveness, which will erode the preeminence of the dollar.

Debts sustainability of the US government may be underestimated due to the fact that the real interest rate could be lower than the real GDP growth rate in the medium term, and therefore the debt burden will tend to shrink as soon as the US economy recovers.

The third goes to geopolitics. The pandemic may go hand in hand with heightened geopolitical tensions. A few months back, there were media reports that some US lawmakers who blamed China for the pandemic were floating the idea of canceling some of the debt the US owes to China as a way of "making China pay." Obviously, this is highly unlikely given the potentially dangerous repercussions of such a drastic move, as well as the fact that it would undermine the US' trustworthiness as the world's largest borrower.

However, this kind of talk only serves to demonstrate the antagonistic, politically-motivated sentiment that could influence economic activities and potentially undermine the attractiveness of the US dollar over time.

And, the continuing abusive use of the US dollar as a tool for sanctioning other economies may force countries to resort to self-protectionist measures in order to establish alternative international payment systems.

In the short and medium run, in the absence of any self-destructive mistakes made by the US - or any viable alternative - the US dollar will likely maintain its dominance, but history tells us that currencies are subject to cycles of rise and decline.

The benefit of the internationalization of some other currencies, including the yuan, could be economies like China's to reduce currency mismatch and associated exchange risks and transaction costs. But the world is now facing an unprecedented crisis and incredible uncertainty that may bring about more fundamental and structural changes. The extent to which factors will cause material impact on the US dollar remains to be seen.

The article was compiled based on a speech made by Jin Zhongxia, executive director for China at the IMF, at the seminar on "US Dollar Dynamics in the Evolving Global Environment" held by Chongyang Institute for Financial Studies, Renmin University of China on Saturday.