OPINIONS Will US brandish tariff stick against China amid COVID-19

Will US brandish tariff stick against China amid COVID-19 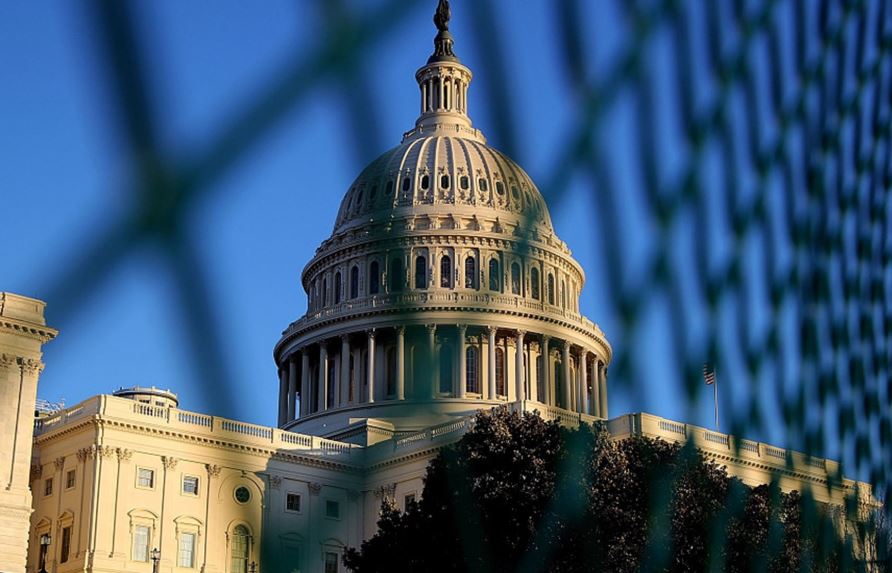 Since the COVID-19 outbreak, the Donald Trump administration has intensified its war of words against China. With the death toll continually rising in the country, high-level American officials reached a tacit consensus in blaming China for starting and spreading the virus.

How Washington's aggravated anti-China rhetoric will impact the two states' trade ties deserves attention, especially as the global economy is suffering heavily from the ongoing crisis. For decades, the United States harbors deep-rooted prejudices against China. Although their bilateral relations thawed in January when the historic phase one deal was clinched, Washington's anti-China bias intensified during the COVID-19 pandemic.

This is widely believed to have put Beijing-Washington trade ties at risk. "The more economic pressure the United States feels from COVID-19, the more likely the country's leadership would launch a new round of tariff fight against China," Xin Qiang, the deputy director of the Center for U.S. Studies at Fudan University, told CGTN.

The U.S. economy is estimated to have contracted in the first three months of 2020 at its sharpest pace since the Great Recession, Reuters reported. Millions of Americans have started to seek unemployment benefits on COVID-19 hit. Economists predict the job losses in April would be the biggest in the record since 1939.

In this context, Trump, with employment rate a strong factor aiding his re-election, is like a cat on hot bricks, eager to re-open the country's economy. Despite the soaring infection rate, American leadership is pushing citizens to return to work physically. But apparently, the resumption of work is not enough to revive the economy.

The businessman-turned-president has thus turned to other approaches, for instance, tariffs. "The Trump administration is keeping a close eye on China's implementation of the phase one deal. Any potential flaw by China is highly likely to incur a new round of tariff 'retaliation' by the United States," Xin said.

A slew of hawkish American politicians and media outlets have already started to bang the drums of a renewed trade fight with China. Earlier, Trump threatened to kill the historic phase one deal if Beijing fails to buy 200 billion U.S. dollars more in American goods.

While some observers believe Trump's tariff threat, to some extent, is posturing without substance in the election year, Xin noted that the president, known for his capriciousness, is highly likely to act his words in an attempt to win over his rival Joe Biden.

Election polls, COVID-19, and the U.S. economy, as Xin believed, are three major factors in determining Trump's final decision on the potential trade war against China. If the pandemic continues to spiral out of control, the country's economy will, for sure, suffer losses. Slowed economic growth will inevitably result in Trump's declining popularity among voters. As a result, Trump would play the tariff game again for his re-election, Xin said.

In the global fight against COVID-19, no one with common sense is happy to see intensified trade tensions between the world's largest two economies. In March, more than 100 American businesses wrote to Trump, calling for a halt on duties imposed on Chinese goods and global steel imports.

Neither China nor the U.S. would win in the trade fight, as while the U.S. is overly dependent on China for manufacturing, China has to rely on the world's innovative powerhouse for high-tech products.

Trump understands this. But still, the wayward president may brandish tariff stick for his personal gains. After all, this is not surprising in the United States, where voters have the final say. In this context, China must prepare for the worst, Xin warned.