OPINIONS Will US withdraw its troops from Afghanistan as planned?

Will US withdraw its troops from Afghanistan as planned? 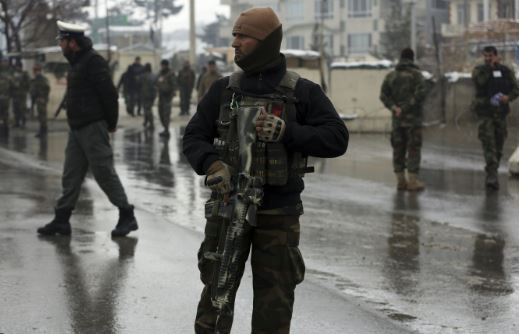 Editor’s note: The author is a scholar at the Middle East Institute based in Washington DC, and former Assistant Director of the Middle East and Central Asia Department of IMF.

A sense of stalemate on both sides

The peace agreement between the US and the Afghan Taliban was largely driven by a sense of stalemate on both sides. The Taliban leadership had realized that they were strong enough to indefinitely resist the US military but not strong enough to defeat it and its local partners outright and take over Afghanistan.

At the same time, the US had come to realize that an outright defeat of the Taliban would call for a dramatic increase in its (and NATO’s) armed presence which would be politically unacceptable, financially prohibitive, and destabilizing for the region including the Middle East, thus inconsistent with US strategic interest.

There was an increasing awareness in Washington that even if it defeated the Taliban, it would not be able to establish a self-sustaining and durably stable governance structure. The cost of maintaining such a structure would be prohibitively expensive relative to its strategic benefits. There was also a sense that the fear of "terrorists" using Afghanistan as a base to attack US interests had mitigated enough to be acceptable.

The US’ initial strategy called for establishing a government in Afghanistan that would eliminate the threat of so-called terrorism against the US and its allies, and to act as a vehicle for furthering US strategic interests in central Asia and the Middle East as part of its evolving Asia strategy. The strategy has since evolved, in part, because of changing regional dynamics, shifting priorities in the Asian theater and increasing US entanglement in the Middle East.

Also, the enemy Taliban have proven to be much harder to defeat while the puppet government in Kabul has failed to elicit support of the Afghan population at large. Hence the path of a negotiated end to conflict through the Doha Agreement which allows a respectable end to the conflict but abandons the objective of establishing a durable non-Taliban government.

The gradual withdrawal of US/NATO forces following the Doha Agreement is in line with the modified US objectives. These objectives include assurances against the use of Afghanistan as a vehicle for terrorist entities to attack US interests, and the establishment of a government that would uphold the US sponsored constitution and guarantee human rights (especially for women) that are accorded by the constitution. It is also expected that the new Afghan government would not oppose US interests in the region.

These are not necessarily mutually consistent objectives and would, even if a new government were to take over, require continuous compromises by the US to achieve. It is not clear that variations in the size of the US military presence in Afghanistan, even if possible, would be adequate to achieve these mutually conflicting objectives. At present, the US might find it difficult to withdraw its remaining forces, including on the pretext of keeping the terrorist forces from using Afghanistan as a base.

Quite clearly, the longest war in US history, even though its human cost is substantially lower than of other conflicts, has had two important effects: the horrendously high economic cost has deprived the economy of achieving other objectives; and the political cost of an unending conflict has risen, making it more difficult to intervene elsewhere to protect US national interests.

While there has been partial achievement of its anti-terrorism objectives, this intervention has spawned other conflicts in the region which appear to have weakened America’s ability to pursue its strategy, especially in the context of the South Asia region. This has also adversely affected US standing in the region, increasing the cost of meeting other regional objectives, thus calling for greater effort to achieve its regional objectives.

These developments, in part, reflect changing objectives and a mismatch of decision-making in Washington and operational/implementation structure in the field. A greater and more rigorous control of operations in the field may have been beneficial.

There is an increasing awareness that success calls for having precise objectives, closer interaction of policy makers and operational entities, and using more actively nonmilitary vehicles to achieve objectives.

The question always has been how to use domestic Afghan political forces to support the peace process and for effective governance. There are two primary challenges. First, Afghanistan has never been a cohesive national entity. Tribes are the primary governing structure with ethnic differences that define allegiances. Central government has always been weak.

Second, economic resources have been limited which have tended to be at the base of conflict within the country. In these circumstances, injection of large external resources, military and developmental, have created vested interests and corruption.

Tribal and ethnic conflicts compounded by economic corruption have led to vested interests that militate against compromise and cooperation. It is for these reasons that domestic political forces worsened the conflict.

It is critical that steps are taken to resolve internal conflicts through a more effective use of the jirga system to facilitate a more even distribution of economic benefits and representation. End of concentration of foreign economic assistance and its massive misuse are preconditions for rapprochement between the differing groups.

It is also critical that countries in the neighborhood should avoid taking sides for their own narrow national interests. These are difficult choices to make. Hence, a step-by-step gradual approach where regional countries cooperate to help establish a more acceptable and functioning governing structure.