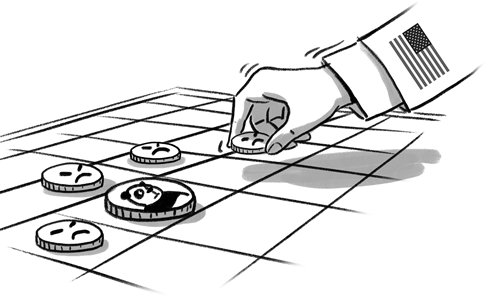 The absence of US President Donald Trump from the Asian summits is not an earthshaking mistake as some critics would have it. With the exhausting elections just behind him, Trump's first duty as the American leader clearly was to spend time in France for the 100th anniversary of the WWI Armistice.

The choice of Vice President Mike Pence to represent the US in Singapore and in Papua New Guinea was logical. Pence is well known in Asia and has made a number of important trips to the region. He speaks with the authority delegated to him by the president.

Trump sees the world in realistic terms, as a hard-nosed pragmatic businessman. Just as a chairman of the board in business likes to deal with other chairmen, so Trump prefers to deal directly with other world leaders one-on-one.

Later this month, Trump will have the opportunity at the G20 meeting in Argentina to engage in substantive dialogue with Chinese President Xi Jinping and Russian President Vladimir Putin. Meanwhile, he can have Pence deliver some tough messages and this may well be part of Trump's "art of the deal" approach to negotiations.

Although trade issues are an important component of the Asian meetings, nonetheless geopolitics lurks behind the scenes. This is only natural as the world is moving inexorably in the direction of multipolarity, polycentrism and pluralism.

Trump made it clear in his campaign for the presidency that he personally saw the world in multipolar terms. From his perspective, therefore, it is the major powers that he has to deal with first and foremost.

On the other hand, he inherited the US establishment's "pivot" to Asia policy which former US president Barack Obama implemented in his term. The pivot involves shifting at least 60 percent of US military assets to the Asia-Pacific and putting more diplomatic and economic emphasis and pressure on the region.

The concept of the pivot involved a strategic upgrade. In the past, the US-Japan alliance and the US-Australia-New Zealand alliance were the foundation of US strategy. But the pivot introduced an updated concept that involved India.

Of course, the purpose of such a coming together of nations is to contain China. For diplomatic purposes, playing a semantic game, the US denies that containment is the intention. But, in fact, US strategy is to "manage the rise of China," as officials would put it.

The concept of the "Indo-Pacific" can be considered in two ways. One way to look at it is as a geopolitical containment mechanism and the other is to take it as a concept for cooperation. In the US view, it is first and foremost a strategic concept with military emphasis.

The symbolic renaming of the US Pacific Command to the US Indo-Pacific Command demonstrates Washington's scaled-up and further militarized geopolitical vision.

But Washington may not reap benefits from this new hawkish posture.

Multipolarity is gaining ground as China, Russia and India play wider independent roles on the world stage. The emerging international system has historic roots which the US elite forget in its hubristic state.

Five hundred years ago, the two main economies in the world were China and India. But then came a phase of European expansion and imperialism that ended after World War II. Today, China and India are very much back on the scene as is Russia, which is another great historic power.

Pence at the Asian summits may intend to send some strong messages and signals supporting US hegemony as he has before. But the international community knows that the US is plagued with deep internal divisions and has to deal with profound socioeconomic challenges. Years of unnecessary global military adventures have tarnished the US image and strained its economy and people.

There is a growing international consensus that the international system itself must be upgraded. Although not at the Asia summits, Trump must take note of changing times and work toward peace and development rather than confrontation.