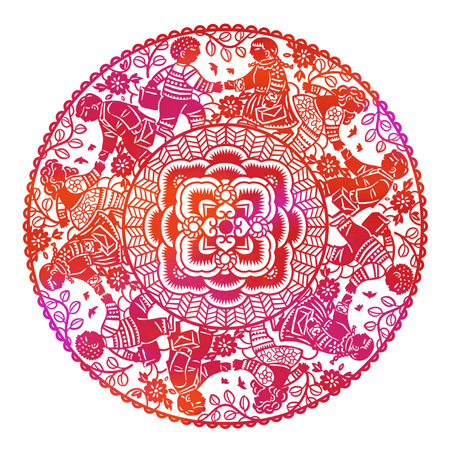 The year 2020 was an extraordinary year for the world, especially because of the challenge the COVID-19 posed to the global economy and international community. In the face of the complex international situation, China has, as always, upheld the vision of building a community with a shared future for mankind, advanced major-country diplomacy with Chinese characteristics, boosted the global fight against the pandemic, and promoted global peace and development.

As President Xi Jinping said,"Friendship between world people is a fundamental force for promoting world peace and development and a basic prerequisite for win-win cooperation." People-to-people diplomacy has been part of China's overall diplomatic strategy, which it has used through flexible and diverse channels to build a bridge of friendship between the Chinese people and those in the rest of the world so they can share weal and woe and help each other.

China remains dedicated to promoting mutual understanding and amity among people across the world, and it has made remarkable achievements in promoting people-to-people exchanges and cooperation, and serving the overall interests of the people.

Against the backdrop of the pandemic-induced changes in the global situation, the Chinese People's Institute of Foreign Affairs, guided by the concept of "making friends for the country", has conducted "track-two diplomacy", made both online and offline efforts to inform the international community about China's fight against the novel coronavirus, promoted global anti-epidemic cooperation, and contributed to building a community with a shared future for mankind.

People-to-people diplomacy has played the role of stabilizer, deepening trust and removing misgivings among countries, and turning friendships between people into a positive force for the sound and steady development of state-to-state relations and maintaining overall global stability.

Given the impact of unilateralism on international mechanisms and the challenge the pandemic poses to global governance, the CPIFA has maintained contacts and exchanged views with think tanks and NGOs in the United States, the European Union, Japan, the Republic of Korea and Southeast Asian countries to build a consensus against all forms of unilateralism and protectionism and to promote global solidarity and cooperation in the new era.

And since some countries have made every effort to politicize the pandemic and smear China, Beijing has timely made public the facts and figures related to the pandemic, upholding the legitimate interests of the country and the Chinese people.

Under the principle of socialism with Chinese characteristics and Xi Jinping Thought on Diplomacy in the new era, China will continue to promote people-to-people diplomacy as part of its overall diplomatic and economic policy to promote world peace and development.

"The epidemic reminds us that we live in an interconnected global village sharing weal and woe, and countries are closely linked and mankind shares a common destiny",Xi has said.

Accordingly, people-to-people diplomacy should make full use of different channels to strengthen communication and exchanges with people of other countries in economic, political and cultural fields, in order to expand the "circle of friends" and facilitate sustainable global development.

Xi has called on all countries to foster the concept of big family and win-win cooperation, abandon ideological differences, overcome the trap of "clash of civilizations" rhetoric, respect every country's right to choose its own development path and model, and make diversity an inexhaustible driving force for global social progress.

People-to-people diplomacy provides the ideological and social foundation for in-depth exchanges and mutual learning among civilizations. It can promote exchanges and dialogue among civilizations that seek harmony and inclusiveness despite their differences and diversities, so as to build a bridge of friendship among peoples and promote world peace.

Xi has said: "In today's world, the trend of economic globalization is irreversible and no country can pursue development behind closed doors. China has long been deeply integrated into the world economy and international system."

In this new stage of development, people-to-people diplomacy can help build a broader platform for dialogue, which can foster friendship and boost cooperation between China's local regions and enterprises and those of other countries, and international agencies. It can also boost China's omni-directional, multi-level and diversified pattern of opening-up and cooperation.

It is important, however, that people-to-people diplomacy is based on China's profound historical and cultural heritage, upholds the spirit of openness and inclusiveness, and increases cultural exchanges so it can strengthen the bond between the people of the countries along the Belt and Road and provide support for the steady and long-term advancement of the Belt and Road Initiative.

As such, China should make full use of the channels of exchanges and cooperation between experts, scholars and the media, and encourage people of vision from all over the world to showcase China in a scientific and rational way, so as to embellish China's global image.

To expand the influence of people-to-people diplomacy, China should make it more transparent, give full play to the positive influence of the people, and maximize the use of new media.

More and more people in the world have been taking a keen interest in Chinese governance and the Chinese economic development model. So, through people-to-people diplomacy, China should present more vivid, multidimensional stories about itself using a broad exchange platform to increase and improve the world's understanding and recognition of the country.

The author is president of the Chinese People's Institute of Foreign Affairs.The views don't necessarily reflect those of China Daily.