OPINIONS With food shortage to exacerbate, global cooperation is indispensable

With food shortage to exacerbate, global cooperation is indispensable 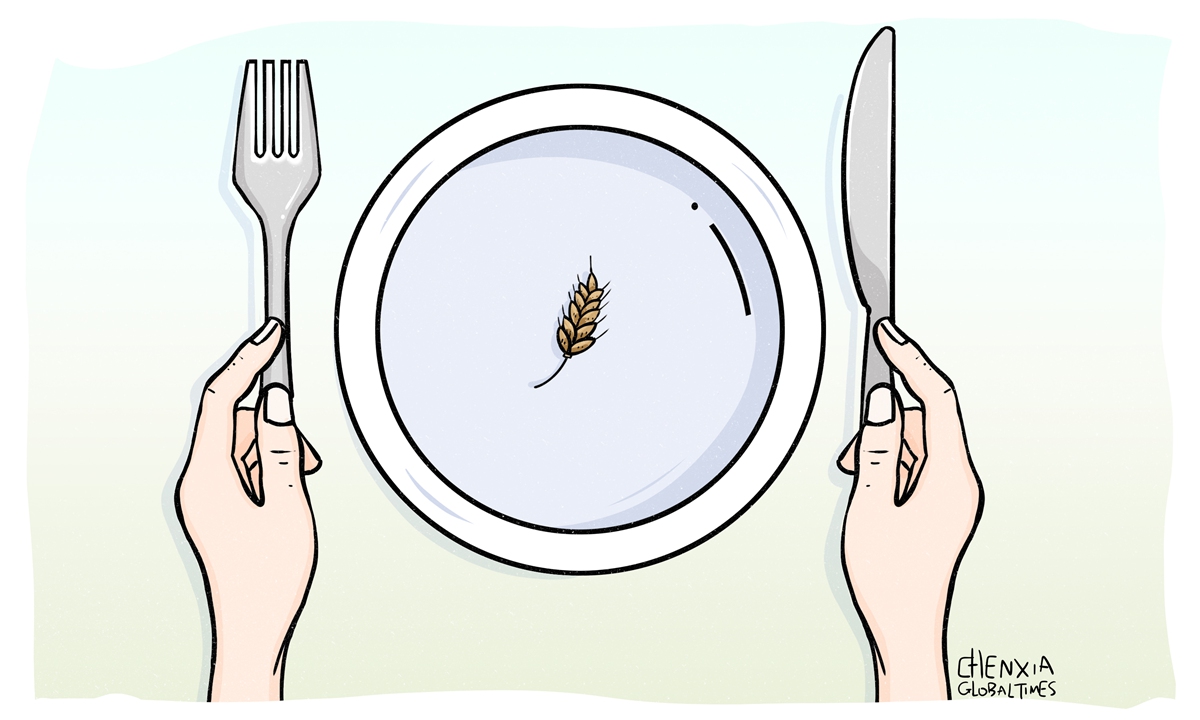 A global food crisis seems to be unfolding across the world as grain prices have kept surging over the first five months this year. Many countries including the developed ones like the US now facing decades-high inflation paired with stagnant economic growth, are likely to feel the pressure of food insecurity, as people find it harder to put decent food on their tables.

Agricultural experts claim that global food shortage is expected to become more acute in 2023 as the world struggles to cope with sharply rising fertilizer and energy prices. At present, there are increasingly louder calls on governments and business leaders to invest more in hunger relief and support for low-income families.

Feeding America, which owns more than 200 food banks throughout the US' big cities, reported recently that communities' demand for food assistance significantly increased this year, as approximately one third of low-income American households' budget is now spent on purchasing food, with prices skyrocketing due to inflation, according to media reports.

Lately, a stream of ominous news about food insecurity have hit the headlines, including the reports that more than 30 countries and regions in the world have imposed various types of restrictions on food exports to protect domestic market supply, which further exacerbated global food shortage and pushed up food prices.

In the first quarter of 2022, global grain prices rose by approximately 20 percent compared with the same period last year. The World Bank has warned that for each one percentage point rise in grain prices, about 10 million people are thrown back into extreme poverty.

Data from the UN Food and Agriculture Organization (FAO) shows that the number of under-nourished people in the world grew from 640 million in 2019 to an estimated 810 million now, so it is significant and imperative to enhance global grain production, keep grain market open, and ensure basic food demand for the needy.

During a ministerial meeting on global hunger in New York in May, the UN Secretary General Antonio Guterres said the number of "severely food insecure people" in the world had doubled in just two years - from 135 million pre-pandemic to 276 million today, with more than half a million of them experiencing famine - an increase of more than 500 percent since 2016.

Guterres called on all governments at the conference to "act together, urgently and with solidarity" to end the impending crisis linked to food shortage and the growing food insecurity.

However, a wide-range of factors including a potential global economic downturn, the Covid-19 pandemic, rising logistics costs, climate change as well as growing market panic have amplified people's sense of the food crisis, as prices of staple grain on the market, including wheat, corn and rice, keep rising.

Since the second half of 2021, the specter of a food shortage and a global hunger crisis has been looming. The Russia-Ukraine conflict and the Western governments' sweeping economic and financial sanctions placed on Russia have, apparently, aggravated the global food crisis, as both Russia and Ukraine used to be important grain exporters, particularly to the least developed countries in Africa.

Facing a global food crisis, major grain producing countries in the world should try to work together to reduce market demand pressure by increasing food supplies, removing their curbs on grain exports and making surpluses food available to those most in need.

For many years, China has maintained a high level of food self-sufficiency and the country also has high levels of food reserves. For the past seven consecutive years, China's grain output remained stable - at more than 650 billion kilograms.

Ever since 2000, China has made notable strides in consolidating domestic food security. The nation's food production has been relatively high compared with other major economies. Food stocks are well above the minimum level recommended by the FAO, and this country has maintained an overall 95 percent food self-sufficiency level over the past decade.

China has been feeding nearly one-fifth of the world's population with less than 9 percent of the world's cultivable land, which are China's biggest contribution to global food security.

However, facing an increasingly volatile world where the US government aspires to expand its group of close allies in order to prolong its sole domination of global politics, China should always be sober-minded that ensuring food security for 1.4 billion people is the country's most important and rudimental job.