OPINIONS With Imran at helm, new Pakistan govt will cement ties with Beijing

With Imran at helm, new Pakistan govt will cement ties with Beijing 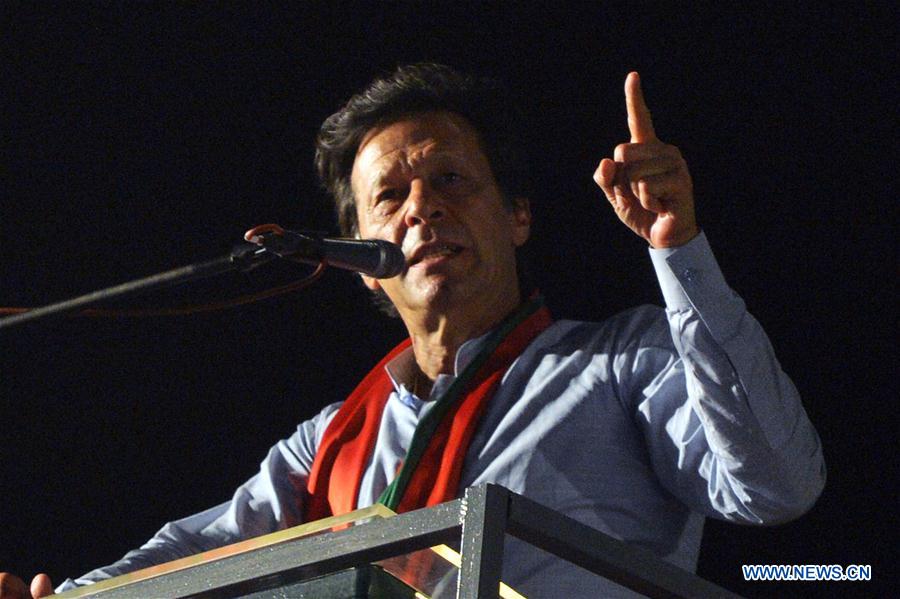 July 25 was a very important day in the history of Pakistan. A vast majority, out of nearly 100 million registered voters, used their democratic right to vote in the general elections. As expected, the next government will be a coalition, but Imran Khan will be the Prime Minister. A coalition government is never strong enough to decide on its own. Khan will have to make compromises in order to sustain his government. The other challenge for him will be the opposition parties in the National Assembly - the Pakistan Muslim League-Nawaz (PML-N) and the Pakistan People's Party (PPP). They are experienced political parties with a record of governing the country. So, the question is what kind of Prime Minister will Khan make? As a first-time Prime Minister, how will his policies impact Pakistan's development and international standing? In his victory speech, Khan talked about national reforms and said his top priority is accountability and rooting out corruption. Other priorities include easy access to justice, energy, education, health care, development of industries and agriculture, water security, and defense of Pakistan. Khan has hinted at the outline of the foreign policy of the country. He expressed his desire to have friendly ties with all neighboring countries and invited India to peace talks. Recognizing the importance of ties between Islamabad and Beijing, he appreciated China's poverty alleviation program and expressed the desire to learn from it in order to reduce the gap between rich and poor in Pakistan. Imran himself on a number of occasions has expressed the importance of Pakistan's ties with China. The only country mentioned in his party manifesto is China, and the China-Pakistan Economic Corridor (CPEC) has been referred to as a game changer in the region. Imran wants local businessmen to gain from this opportunity. Pakistan's relations with its neighbors, especially China, Afghanistan and India, are important. Interaction with big powers such as the US, and ties with the Muslim world and Islamabad's narrative on global issues were mentioned in his victory speech. He hinted that peace and stability of Pakistan depend on ties with neighbors, the instability in Afghanistan and the problem of terrorism there and in Pakistan cannot be solved without the cooperation of Kabul.Under Khan's leadership, ties with China will flourish. The CPEC is an already agreed-upon project and is beyond party politics and biases. Construction of the CPEC will continue unhindered as all parties agree over its importance. The idea of the CPEC was conceptualized during the PPP government, the PML-N administration started work on the project and Khan's Pakistan Tehreek-e-Insaf (PTI) government will continue it. All three major political parties have consensus on the CPEC and improvement of ties with China, as relations between Beijing and Islamabad have transcended conventional diplomatic relations and the countries have turned into, as described by Chinese leaders, "iron brothers."It is hoped that despite political differences, all the parties will help Khan make Pakistan a developed, liberal and progressive country. PPP and PML-N should not repeat the old politics of disruption but should support the yet inexperienced PTI and guide Khan on areas where they have experience and knowledge. The new government should not only focus on national development but also improve ties with countries in the region as well as international powers.