OPINIONS With McCarthy's win, US democracy has already failed

With McCarthy's win, US democracy has already failed 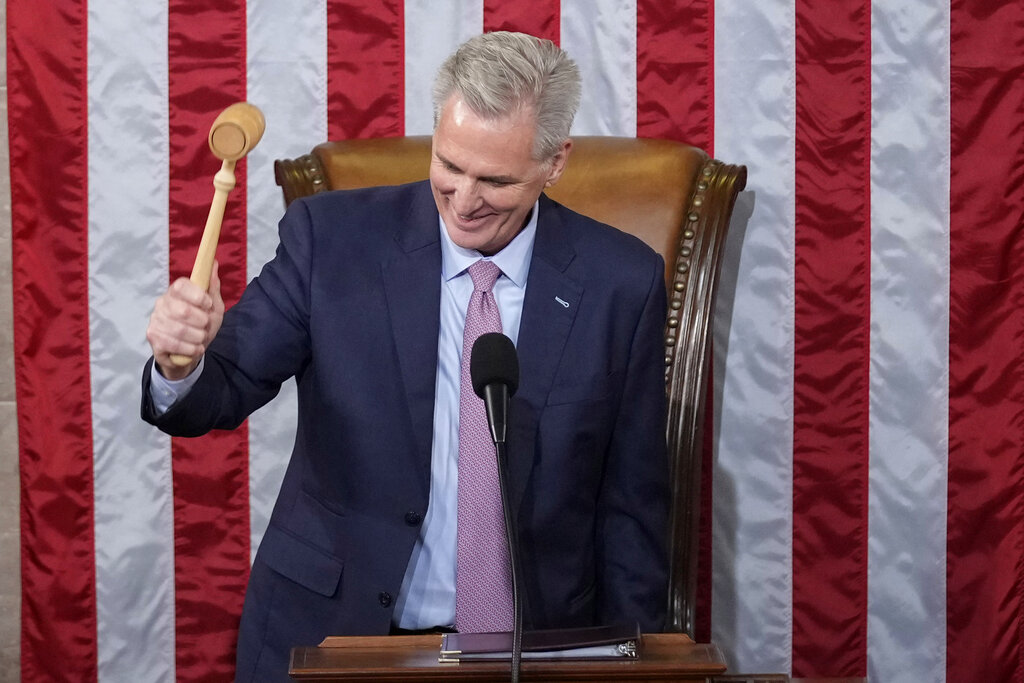 BEIJING, Jan. 7 (Xinhua) -- The drama over the U.S. House speakership, which ended in the wee hours of Saturday with Kevin McCarthy's winning after 15 rounds of voting, is clear testimony of the failing U.S. democracy.

The drama features an unprecedentedly divided and paralyzed Washington, and one of its effects is making it clear to all how undemocratic the American democracy actually is.

What started as a political novelty, with the first time in 100 years having a nominee not win the gavel on the first vote, has devolved into bitter partisan battles and endless in-fighting, where there is no shortage of backroom deal-making and shrewd political calculation. It appears to be an astonishing lack of concern and attention to the country's and people's best interests.

The once-in-a-century political stalemate has made people see the true extent of the failure of the U.S. political system, as well as the fact that the U.S. government is not, or has never been, a government "by the people."

"Speaker Kevin McCarthy's dream job could turn into a nightmare for the American people," Senate Majority Leader Chuck Schumer said in a statement following McCarthy's win. "To get the votes, he surrendered to demands of a fringe element of the Republican party."

Schumer warned that the concessions McCarthy made to become House speaker "will cause a government shutdown or a default with devastating consequences to our country."

Americans, who have already been choked by political polarization and partisan feud, are quite downbeat about how Washington politicians would handle their job after such a rough start in a divided Congress.

Public trust in the U.S. Congress has reached an all-time low, with only 7 percent of Americans expressing "a great deal" or "quite a lot" of confidence in it, according to a Gallup poll released in the summer of 2022.

Worldwide, the possible spillover effect of the shocking divisions and decline of the U.S. political system have also been worrisome. People fear that the House speakership fiasco could affect other countries as those self-interested U.S. politicians, instead of addressing real problems in the United States, might turn to adventurism to deflect domestic attention.

What's noteworthy is that the historic House impasse has also coincided with the two-year mark of the Capitol riot on Jan. 6, 2021, when a large group of former U.S. President Donald Trump's supporters violently stormed the Capitol and disrupted a joint session of Congress to affirm the results of the 2020 presidential election in which Joe Biden won.

The worst attack on the U.S. Capitol in more than 200 years has been described as "a national disgrace" and "a shattering blow to America's troubled democratic image."

With the people's calls ignored, and outstanding domestic issues such as gun violence, racism, women's rights and inflation unsettled, it doesn't take a genius to find out that the current U.S. political system needs an honest self-examination and thorough reform.