OPINIONS With such arrogance, Burns will suffer setbacks in China: Global Times editorial

With such arrogance, Burns will suffer setbacks in China: Global Times editorial 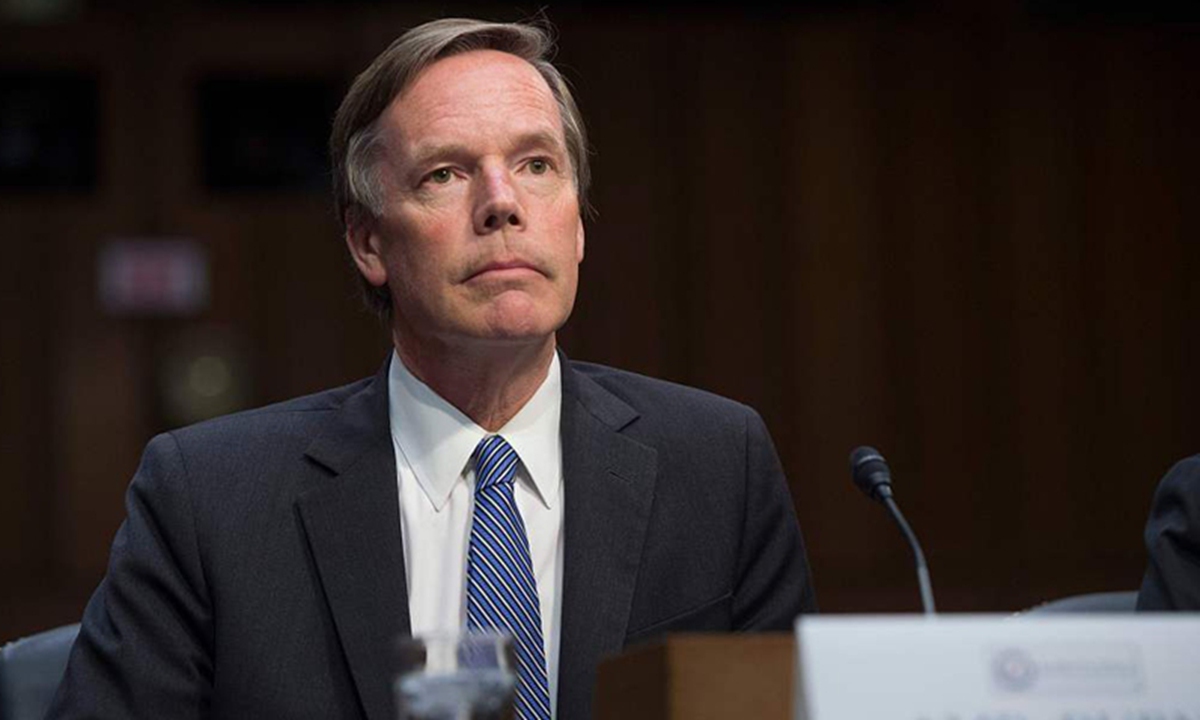 Nicholas Burns, the new US ambassador to China nominated by US President Joe Biden, claimed China is "the biggest geopolitical test of the 21st century" during a US Senate hearing on Wednesday. He has also made an all-round fierce attack against China's domestic and foreign policies. What he has said must be the toughest and most arrogant confirmation hearing statement an incoming US ambassador has made before coming to China.

Burns almost repeated Washington's accusations against China over the past nine months, such as labeling China's policies in Xinjiang as "genocide," smearing China's Hong Kong policy and declaring that the US "cannot trust China." He said Beijing had been "stonewalling" the world about the origins of the COVID-19. He also said the US should increase arms sales to the island of Taiwan and make Taiwan "a tough nut to crack."

Burns declared that China has "very few friends." He called on the US not to overestimate China's strength and underestimate US strength, saying that "we should have confidence in our own strengths."

Such a systematic attack on China is not what an incoming US ambassador should do under normal circumstances. Burns' statement demonstrated the US political elites' overall hostility toward China. The message of the hearing was: One needs to be this tough to be the US ambassador to China today.

It cannot be ruled out that Burns deliberately picked tough words to pass the Senate hearing. It is very likely that after arriving in China, Burns will describe how important China-US relations are. But there is absolutely no need for Chinese people to try to figure out what is in Washington's mind from his words. After nine months, we have seen clearly how the Biden administration is going to deal with China. There is no need for the ambassador, who will come to Beijing, to declare repeatedly.

Burns is a veteran diplomat. He is generally regarded as the executor of US policy toward China, who is unlikely to be capable of making personal breakthroughs. When dealing with him in the future, China may have a stronger feeling of dealing with the US State Department.

Burns' statement at the hearing did not show the art of work or sense of propriety that diplomats usually have. Instead, it seemed a little rash, with a sense of arrogance toward China. We believe that he will inevitably suffer from setbacks after he comes to China. Our suggestion is, from the moment he enters China, the Chinese side does not need to give him any other courtesies except diplomatic etiquette.

We have noticed that in his statement, Burns did not suggest new additional moves for the US to deal with China. Therefore, his statement of toughness seemed to be a bit hollow. The senators' questions were also uninspiring. What the US lacks is the means to pressure China to submit.

Beijing may just welcome this new US ambassador with a calm mind. He does not have the positive desire and energy to improve China-US relations, but he also has very few tools to attack us. We want to tell the US Congress and Washington's political elites: They should also send Burns to China with a calm mind. Since Washington cannot find a way to win the fight against China, what can they expect Burns to do?