Witnessing progress through wheels of time 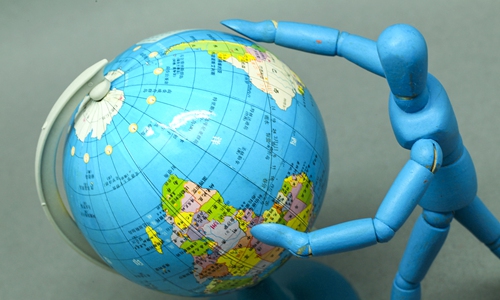 In front of the Winter Palace at Saint Petersburg in Russia, the autumn wind on the Neva River made people shiver. As I waited for my assistant to buy the tickets, an elderly man walked up to me, selling a warm mane hat and old stamps from the Soviet times. He was holding a 100 yuan ($14.3) and extending two fingers, indicating that I can buy either kind with 200 yuan. We did not understand each other's language, but we successfully finished the deal.

Two feelings dawned on me at the time: First, I sympathized with the elderly man and wanted that he sell his wares and go home for a rest; second, I sighed that when the Russian economy is in a recession, the elderly suffer first.

Once during a forum, I told the Russian audience that in 1992, Russia's total GDP was similar to China's. But in 2018, China's total GDP was about seven times Russia's. I suggested that my Russian friends re-examine China's development experience.

Sometimes it does not take a long time for powerful countries to end up in a difficult situation. I have traveled to Paris many times in recent years, and I see cigarettes, street vendors and pickpockets in the once beautiful and tidy Champs-Élysées avenue and its surrounding blocks. In Budapest, Warsaw and Vienna - capital cities of Hungary, Poland and Austria - graffiti and decrepit buildings are found everywhere. These once powerful European countries now seem to be decaying.

But some other countries are showing their rise with pride. Once inside the hall of the National Museum of the Republic of Kazakhstan, you see a giant map of the country reflecting the ambition of the nation when it declared independence in 1991. When overlooking Brasilia, founded in 1960 to serve as the capital of Brazil, one may find the whole city looks like an airplane about to take off. This shows Brazil's desire and vision when choosing Brasilia as the capital.

In Abuja, a city that was declared capital of Nigeria in 1991, locals praise the city as big, new and beautiful, and say they hope to see Nigeria become the largest economy in Africa. The Azadi Square in Tehran, capital of Iran, can accommodate hundreds of thousands of people. I was once invited to listen to a speech by former Iranian president Mahmoud Ahmadinejad, who said that Iran would fight to the end with the US and Israel.

The development momentum of traditional major powers in the 20th century and the emerging economies in the 21st century alternates too fast. Knowledge from the current books and libraries is obviously not enough. We need new books presenting a fresh perspective of world history.

Of all authors that write about world history, I admire Arnold Joseph Toynbee the most. The sage, who wrote a 12-volume world history named A Study of History, traced the development and decay of 28 civilizations in the book that is regarded as the most profound writing on human civilization. Toynbee was a diplomat for many years and worked at the Royal Institute of International Affairs in London.

But the peak period of Toynbee's writing came during his global travel after retirement at the age of 64. He started from London, passed through South America and the Asia-Pacific and also went to South Asia and the Near East to visit places that people are already familiar with. This is because to learn about these places from books is to understand them on the basis of second-hand materials.

I am luckier than Toynbee. Because of fast globalizing world order, convenient transportation and opportunities brought by China's rise, I have been to almost 100 countries when I am still far from my retirement age. I have been to the US and Europe tens of times, and I have repeatedly visited some countries that are rich in history. For example, I have been to Iran eight times and Turkey five times. But due to my busy work schedule, my visits to these nations were rushed.

Nevertheless, from these trips I have recognized that history is unpredictable. The transformation from glory to decay, and from unity to division is always hard to notice. The political unrest in Chile and the Hong Kong Special Administrative Region of China in 2019 has further proven this.

Under such metamorphosis, China's rise has reached a moment that is the nearest to the country's great rejuvenation. The Chinese need to observe the world more carefully, remain humble and take lessons from those once powerful major countries and emerging economies.