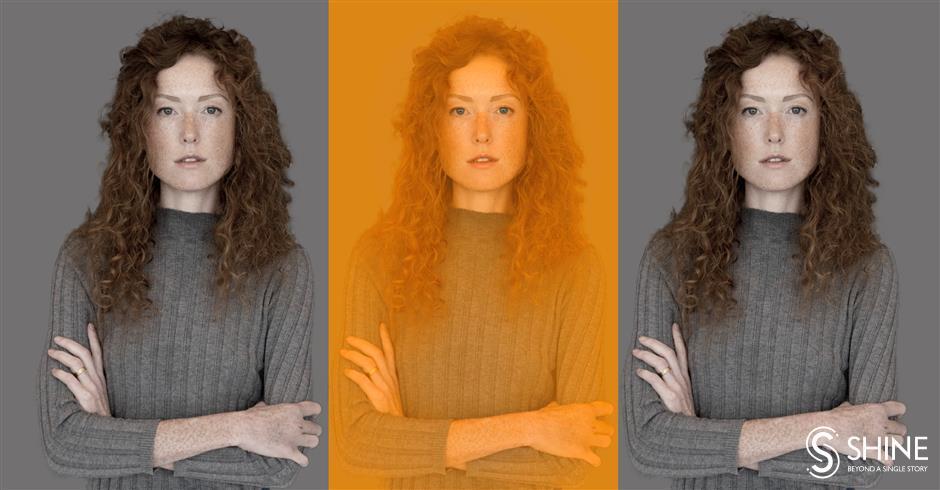 One in three women experiences gender-based violence over the course of her lifetime.

I'm tired of rape stories. Bored in fact. You can't turn on the television or pick up a book without witnessing some woman's literary fate. And I'm worn out from dancing to songs about bending over. So predictable and oh-so repetitive. But while fed up with the stories and songs, I'm sickened by statistics. Since the start of COVID-19, 45 percent of women report that they – or a woman they know – have experienced gender-based violence. How has cruelty become so ingrained, so rationalized that it appears normal?

A reader asked if I'm a feminist. The quick answer is yes, but not a very good one by some standards. I like pretty things, I'm a lush for chivalry, and I'm debating Botox. Feminism changes faster than I can fathom. In its simplest form, I think being a feminist means being a humanist. We're all different, so maybe we can connect differently with feminism if our beliefs about people are similar enough. I don't know, and I don't pretend to be an example or have any answers. I am a person, and I am untidy. I'm also a writer and true to type, I'm obsessed with words. Here are a few: Gender-based violence affects one in three women or girls. And while gender is a complicated thing to talk about, we cannot ignore the loud distinction of violence against women.

Gender-based violence isn't just violence. It's directed and purposeful, with roots deep in society that maintain inequality. Global crises and conflicts intensify gender-based violence, and technology breeds new forms. This year I was on the receiving end of severe online abuse. A torrid of trolling so penetrating it transcended texts and tweets and brutalized me in such a way I detached from my body. It's called disassociation, a biological mechanism that kicks in to keep us alive. Words near killed me in 2022. So yes, I understand their power.

And as uncomfortable as it might be to recognize, 99 percent of that abuse came from men. I won't write an essay about toxic masculinity because I don't think there's anything innately toxic about men. So much so that I married one. Nor am I about to denounce Vogue or Kim Kardashian for dismemberment of the female form. I don't blame books, films or music for violence. It's too easy. Akin to arguing, "guns don't kill people – people do." The gun helps. And as a writer asked about their stance on feminism, I'm using my weapon of choice to shoot straight on gender-based violence: Until we're honest about how we talk about women, we will not stop killing them.

Words are more than symbols and syntax ordered to make sounds. Words form language, and language shapes our understanding of the world. Every famous activist, leader or philosopher has used language as a catalyst for change. I'm writing this from Shaoxing, the hometown of Lu Xun, one of China's greatest authors whose sharp pen wrote for the modernization of China and remains strikingly relevant today. 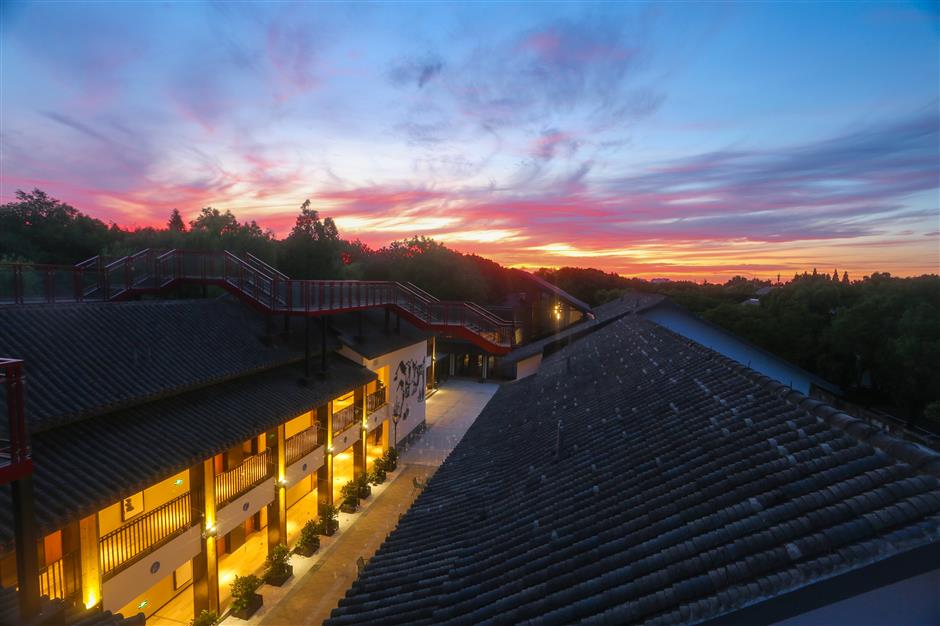 I'm writing this from Shaoxing, the hometown of Lu Xun.

We use language to celebrate, commemorate, pray, wed and fight for or against the things we believe in. We use language to welcome our newborns and bury our dead. Silence is a type of language because the very absence of words makes it meaningful. Language isn't confined to conversations; it's in the environment we absorb. Architecture, art, dance and music are all forms of language.

Language – in its many forms – shapes how we think and behave. That's problematic. Because almost every movie or TV show involves violence against women. Scenes are often graphic and unnecessary while weirdly normalized. Usually, stories belong to men as if men are the only people that matter, while women are afterthoughts: assistants, partners and sidekicks. Whatever the role, their job is to be abused, attacked, kidnapped, violated or raped because violence against women is good for ratings. And parties.

In "Blurred Lines," Robin Thicke sings cheekily about giving a girl what she wants – sex – even if she won't admit it. It's an annoyingly catchy remix of the time-worn idea that when a woman says no, she sometimes means yes. As much as it maddens me to admit, I like this song and other songs like it. We devour the stuff, signifying our approval with magazine covers and awards.

As a culture, we're wedged between the brilliance of content creators and the acceptance of bad behavior. We've become numb to the smack of violence against women. If not, why in God's name is Will Smith banned from the Oscars for a decade after he slapped Chris Rock this year, yet the same academy continues to honor men who've assaulted women and children? Harvey Weinstein still has his Oscars. So does Roman Polanski. In fact, Harrison Ford flew to France – where the acclaimed director was in exile after raping a teenage girl – to hand-deliver him another. Eventually, the academy acted against these high-profile cases but not without major movements and not in due time. 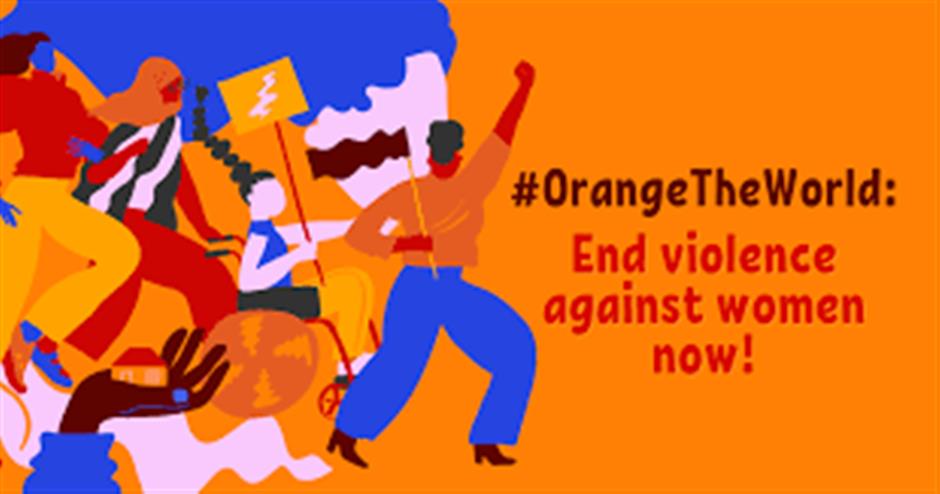 I hear the cry of liberalism, and I've argued the point myself: We shouldn't censor creativity. It's only TV. This is just music. It's a bit of fun. Fine. But "Blurred Lines" was released a decade ago, and the statistics around gender-based violence haven't changed. Aside from being Thicke's biggest hit to date, this song is nothing extraordinary. It's one lyric in the song we sing about women and girls. That's the trouble.

When we're exposed to something often enough, we accept it. Award it. Whenever we give a gong to a serial abuser, we underscore the message that violence is okay. Before you know it, some guy is grabbing Beyonce's backside because it's fabulous and he feels entitled. That's a sexual assault against one of the most influential people on the planet. While she's on stage and in front of the world. These are not just songs. Just shows. Just jokes. They are a language. And when lines between right and wrong are literally blurred, there's clear cause for concern.

My first time abroad without my parents was on a girl's trip to Aya Napa in Cyprus. It was a big deal. I grew up too fast in some ways but clubbing and the things that go with it weren't one of them. One night, a friend and I went home with a couple of men we barely knew. I hadn't done this regularly, nor have I ever done since. Chatting led to kissing, and that led elsewhere. I asked the man to stop, but he didn't. I asked again. He didn't. I'll be blunt; I was very drunk. I made clear as I could that I'd had enough, but it wasn't clear enough, or he didn't care. Not until there was a sharp pain and I let out a cry. He stopped. And thank God he did because I was in no position to make him.

I'm not traumatized or looking for sympathy. Still, I don't know what box to put this experience in. It wasn't like it looked on the television; there was no big struggle, no knife to my throat. This man was "nice." He drove me home. We talked about his wife and kids (new information), and he insisted I take his shirt as a souvenir. I might still have it.

It's dumb to blame popular culture for all wrongs in the world. But when stakes are high and messaging consistent, it's dumber to dismiss it entirely. Gender-based violence is a symptom of a more aggressive sickness where women are repeatedly diminished or ignored. A culture that treats women like objects and consumes degrading portrayals of women as entertainment is the same culture that elected Donald Trump as president of the United States. Now which came first, the chicken or the egg? To claim yourself as anything, you must do something about it. That's why I'm writing to you about gender-based violence today: December 10, United Nations Human Rights Day. Gender-based violence remains the most prevalent human rights violation worldwide.

We – I included – allow distance between violence and the representation of violence because it's comfortable. Even in the press, language is used to safeguard us from the brutality of crime. We discuss race, religion and politics carefully because these themes are central to the human condition. That same care must extend to our conversations about women and girls. Feminist scholars want a new approach to the representation of gender-based violence. One that restores violence to the literal violation it is. I agree. And that requires more than reading between silences; it means bringing violence back to the bodies of our daughters, mothers' friends, and lovers. Can society stomach such horror? Or will we keep pretending that violence against women and girls is as unreal as it is on television?