OPINIONS Working out a healthy improvement on GDP

Working out a healthy improvement on GDP 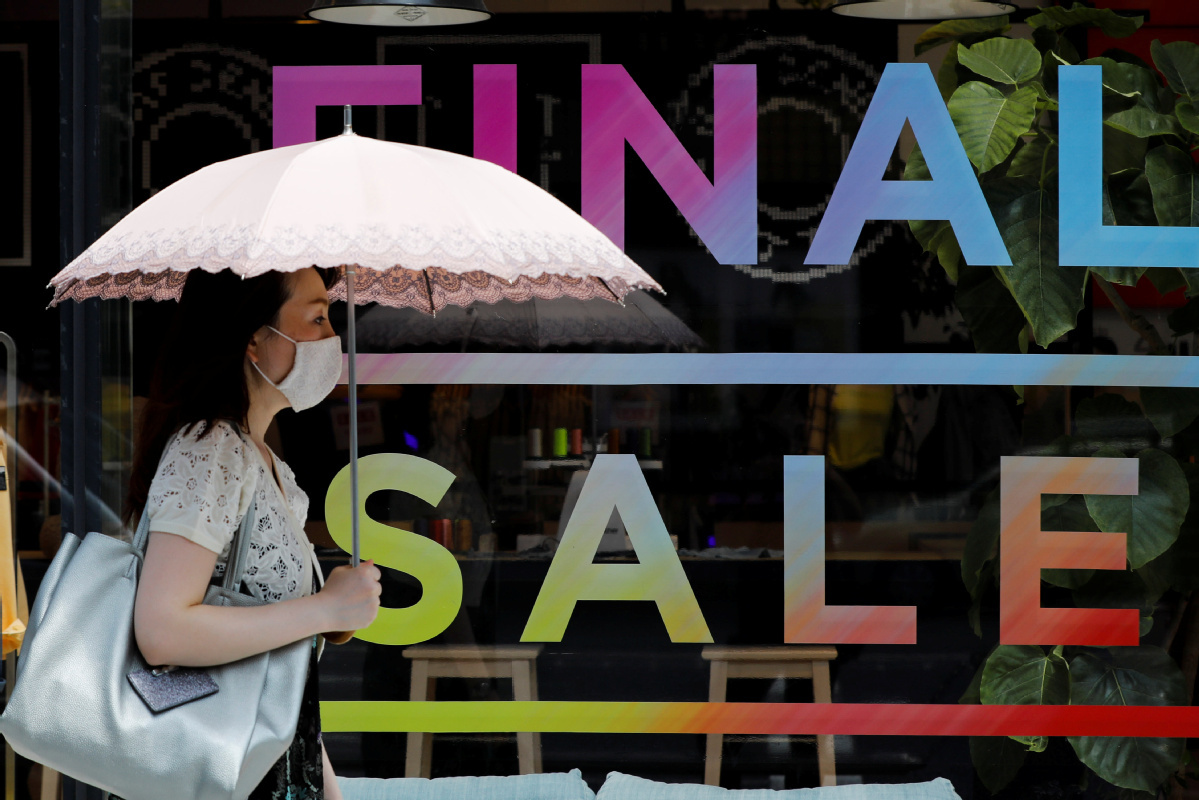 A woman walks past sales promotions at a shopping district in Tokyo on Monday. Japan's economy shrank at annual rate of 27.8 percent in April-June. KIM KYUNG-HOON/REUTERS

Dissatisfaction about GDP is growing. Many economists, policymakers and other critics question the ability of the governments' measures and social success to recognize the welfare gains from technology, account for environmental degradation, or capture rising inequality.

And with developments in artificial intelligence (AI) and robotics poised to produce considerable labor-market churn while also boosting GDP－a process likely to be accelerated by the novel coronavirus pandemic－these complaints will soon grow louder.

Numerous alternative indicators have long been on offer, but one especially promising option is healthy life expectancy (HLE), a metric that is easily understood and that has obvious importance to each of us individually. Also, HLE is already being measured, and happens to address many of the factors that GDP might omit.

Poor environmental conditions, for example, are not conducive to long, healthy lives. And there is plenty of evidence to suggest that individuals who are happy and relatively contented also tend to live and remain healthy longer. Even more to the point, longer healthier lives connect back to GDP. Just as rising GDP helps to provide the resources needed to support health, healthy populations support stronger GDP.

Moreover, by targeting HLE specifically, governments could shine a brighter light on the issue of economic inequality. Because the incomes of the very richest households may be several thousand times higher than those of the poorest households, average GDP is invariably larger than typical (median) income. But when it comes to life expectancy in the richest countries, the opposite is true. The outliers tend to be those who die young, so that typical (median) life expectancy is higher than average life expectancy.

This means that raising the average HLE can be achieved by raising the HLE of those at the bottom of the health distribution to that of the typical (median) person. This not only makes targeting inequality more attractive, but does not require path-breaking medical innovations to achieve longer lifespans－just the achievement of typical outcomes for more people. With this in mind, it is urgent to close the sizeable rich-poor life-expectancy gap－around 15 years－in the United States.

As a metric for economic and social progress, targeting HLE implicitly acknowledges that aging is malleable (if it wasn't, it wouldn't be a viable target). It turns out that a range of behaviors and policies, as well as the environment we inhabit, influence how we age and how long we live. It is estimated that our genetics account for only one-fourth of the factors contributing to how we age. Given this malleability, it is crucial that governments focus on HLE for the maximum number of people.

Such a focus would also help governments confront one of the biggest challenges of the future: societal aging. Given that every country in the world is expected to experience societal aging, focusing on how well we age becomes paramount. This age malleability requires drawing a distinction between chronological and biological measures of age and focusing on the latter.

Yet since so much government policy currently focuses on the non-malleable chronological metric, too many governments are unprepared for future demographic challenges such as overburdened healthcare and pension systems. Rather than exploring ways to influence how we age, policymakers are focused almost entirely on the number of "old" people. But by targeting healthy longevity, they could help more people lead longer, more productive lives, thereby minimizing the economic costs of societal aging.

After the 2008 global financial crisis, policymakers committed to doing "whatever it takes" to stabilize the financial system and restore GDP growth. A subsequent slowdown in trend productivity growth and the devastating global economic fallout from the pandemic have produced numerous policy suggestions and unprecedented spending aimed at reversing trend slowdowns in GDP growth.

By contrast, news of declining life expectancy in many OECD countries has not produced a similar outpouring of proposed solutions. How can we commit trillions of dollars to ensure that GDP is supported while doing so little to avoid declining life expectancy? Certainly, the response to the COVID-19 pandemic, whose impact has plummeted GDP as a result of life-saving measures, suggests that substantial policy measures to boost HLE are worthwhile.

To operationalize HLE targeting, governments should follow Japan in establishing "longevity councils". Once policymakers start focusing on the issue, they will realize three things. First, preventive healthcare is key. Around the world, healthcare systems tend to be geared primarily toward medical intervention and disease response, rather than toward general health promotion. Second, many of the determinants of long, healthy lives fall outside the health system, and are connected to work, education and community, as economists Anne Case and Angus Deaton have shown in their work documenting "deaths of despair". A policy focus on HLE therefore requires a cross-departmental government approach.

That "deaths of despair" disproportionately affect middle-aged individuals points to the third realization: longevity is about all-of-life and not just end-of-life outcomes. With the British government estimating that a newborn girl now has a one-in-five chance of living to 100, it is critical that we expand our view of longevity to the entire life course. Measures targeting HLE must be inclusive across all age cohorts and focus on longevity, not just on the old. After all, today's young people are tomorrow's elderly, and all of one's time on this planet matters.

There are many metrics that governments could use to judge the success of their policies and the health of society. But whatever other measures they use, HLE deserves a central position in the policy mix. Few other variables are both as important for us individually and as effective in capturing broader macroeconomic benefits.

The author, a professor of Economics at the London Business School, is co-founder of The Longevity Forum and co-author (with Lynda Gratton) of The 100-Year Life: Living and Working in an Age of Longevity.