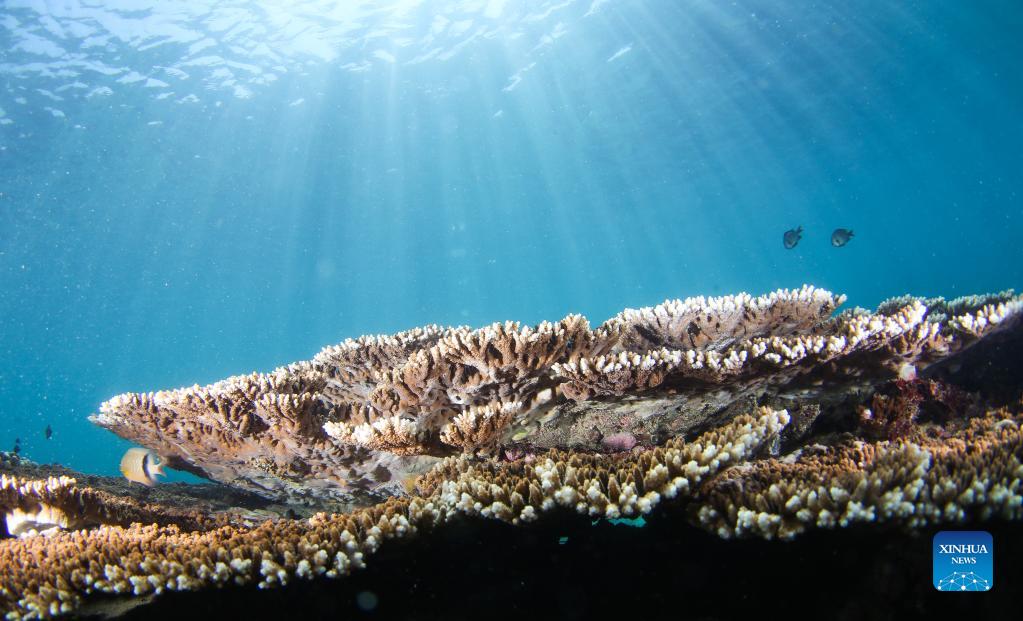 Photo taken on Sept 28, 2021 shows corals on the seabed in the waters of Fenjiezhou Island of Hainan province, South China. [Photo/Xinhua]

United Nations Deputy Secretary-General Amina Mohammed urged all parties to agree on an ambitious post-2020 framework to reverse biodiversity loss and put humanity on a path of living in harmony with nature.

She called on developed countries to support developing nations with financial resources, technical expertise and capacity building to ensure that the framework is implemented.

"Its time to end the triple planetary crisis and reset our relationship with nature," she said.

"We need much greater clarity around how wealth resulting from rapid advances in genetic sequencing technologies and commercial applications will be shared equitably," she added.

The UN biodiversity negotiation, which opened last week, has entered a critical stage as there are only days left for reaching an outcome document. The ministerial-level meeting will run till Saturday for negotiation on difficult issues concerning the document.

According to a letter sent to delegates on Thursday by Huang Runqiu, president of the 15th meeting of the Conference of the Parties (COP15) and China's minister of ecology and environment, a package of complex issues linked to the final document that needs to be agreed on includes resource mobilization, digital sequence information on genetic resources and a monitoring framework.

The UN biodiversity conference in Montreal must be "a turning point," said Elizabeth Maruma Mrema, executive secretary of the UN Convention on Biological Diversity.

Mrema said although different parties have different interests, "we can still come together with a common vision and goal." She called on all stakeholders to put aside differences to reach an ambitious but realistic and achievable roadmap for biodiversity protection.

China holds the presidency of COP15 to the UN Convention on Biological Diversity and held the phase-one meeting in Kunming, capital of southwest China's Yunnan Province. The second phase of COP15 in Montreal, Canada, runs on Dec. 7-19 with the continued theme of "Ecological Civilization: Building a Shared Future for All Life on Earth."

"I implore global businesses to shoulder social responsibility by mainstreaming biodiversity into their strategies and value chains," he said, appealing for disclosing dependency and impact on nature.

The COP15 meeting is expected to conclude next week with the adoption of a post-2020 global biodiversity framework aiming to save nature for future generations to come.