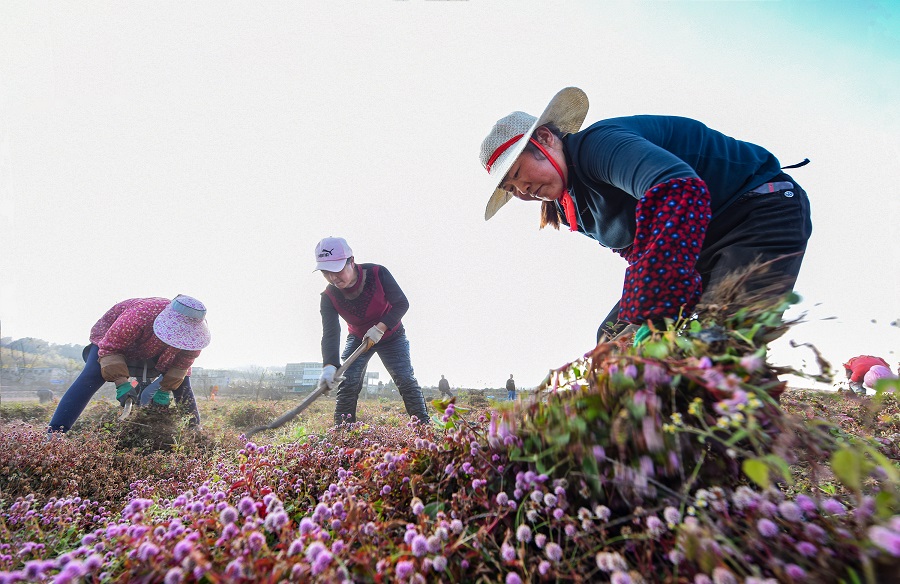 Officials of the Guizhou provincial government have announced all 66 counties in the province are out of poverty, attracting wide attention at home and abroad. This means China's anti-poverty mission has been accomplished ahead of time.

The fact all impoverished counties in Guizhou have been lifted out of poverty bears special significance, as it means all 832 counties on the poverty list established by the State Council Leading Group Office of Poverty Alleviation and Development have achieved their poverty alleviation goals.

Poverty is an international phenomenon. In recent history, there were many causes of poverty around the globe. Some of them were natural disasters like floods, drought, earthquakes, fires, volcanoes or pandemic, but some were man-made like wars, conflicts and sanctions. For most of the latter category, the "First World" is responsible.

The United Nations has included poverty eradication in its Millennium Development Goals and chalked out several recommendations to eliminate poverty. Some nations have had a satisfactory achievement, while others are still behind.

China's success is hard-won, and a cause for celebration. In fact, if a country can follow a people-first approach, proceed in its development and seek a targeted, practical, open and win-win solution, it will successfully find a poverty reduction path that suits its domestic conditions and needs.

The poverty alleviation cause in China received a lot of support and assistance from the international community. We have been taking concrete actions and sharing our experience and wisdom to contribute to global poverty reduction efforts and help other developing countries succeed. China will continue contributing to world poverty alleviation and development.

The lifting of almost 850 million people out of poverty is a miracle. No other country in the world has had such a marvelous achievement in recent history. Credit goes to the Chinese leadership, good governance and the hard work of the people. China deserves to celebrate this achievement, and the rest of the world should congratulate China and learn from the Chinese experience.

China is a ray of hope for the developing and underdeveloped world alike, and has been since the founding of the People's Republic. At that time, no one could imagine China's future rapid development, as the country was lacking in infrastructure, human resources, capital, technology and more. The Chinese leadership started its journey from near-zero and achieved remarkable progress.

Based on past experience, one can predict the future of China easily.Consistency of policies, opening up and uninterrupted reforms will make China a wholly prosperous society soon. China has reached a level of development where no other country can harm it. Naysayers and doubters must better understand today's modern China, which is united, robust, and strong enough to resist foreign interventions.

Wise nations are extending hands of friendship and cooperation toward China. It will make them prosper, too. Those who are trying to resist China's rise, on the other hand, may never succeed.