World should reflect on Nanjing Massacre 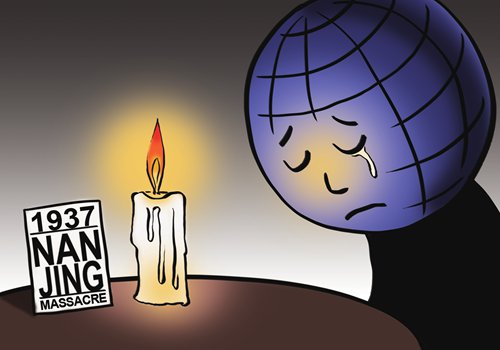 In recent years, the world has been gripped by the concept of history. Some bury history, while others bring it into the light. We now understand that telling the truth and uncovering the past is the only route to reconciliation and peace in society, as well as in the hearts and minds of survivors and families. It is with this lens that I reflect on the Nanjing Massacre. December 13, 2017 marks 80 years since this atrocity which, despite the horrifying loss of life and troubling legacy, remains largely unknown and undiscussed in the West. On December 13, 1937, Japanese troops began a six-week massacre in Nanking (today known as Nanjing), the then-capital of China. Acts of arson, murder, and the slaughter of 30,000 prisoners of war occurred for weeks after their surrender. The Nanjing Massacre is noteworthy not only for the loss of life, but also for the use of women and young girls as weapons of war. In the capture and subsequent occupation of the city, 20,000 women and girls were raped. If they struggled, they were killed. After being raped, they were killed. After they were killed, their bodies were mutilated. Throughout the war, thousands of Asian women were used as sex slaves for Japanese troops, known as "comfort women." While our cultural and educational institutions rightly recognize the violence of WWII, it is largely from a Eurocentric perspective. As more and more newcomers join the Canadian family, we must reorient our institutions to a more global perspective. The stories of the Nanjing Massacre and World War II in Asia are not confined to that continent. They are Canadian stories. They are stories of the survivors and victims' families who now call Canada home. On October 26, 2017, the Ontario Legislature unanimously passed Motion 66 - Nanjing Massacre Commemorative Day. For the first time this December 13, Ontarians gathered at Queen's Park in Toronto so that we could reflect on, remember and recognize these atrocities. This is the first motion of its kind passed by any province. On the 80th anniversary of the Nanjing Massacre, we can no longer ignore or forget the stories and lessons of Nanjing, nor the burden of survivors and victims' families who suffered during WWII in Asia. Ontario is recognized globally as a leading inclusive society. Leadership is not about doing what is easy or what will not offend. Leadership is about doing what is right. It is right to recognize and remember the Nanjing Massacre. It is right to signal to the world that Ontario stands against sexual, gender and racial violence, as well as social injustice. In Ontario and Canada, we are fond of the expression that "diversity is our strength." But diversity is more than a statistic. It is a people's stories, culture, and legacies. As more newcomers join our society, we must work for inclusion and an understanding of their histories. It is through this process that we ensure the past is not repeated. Ontario has passed motions and bills remembering the victims of the Holocaust, of the Holodomor (the Great Famine in Ukraine), and of the Armenian Genocide. I am proud that Ontario continues to lead by recognizing the victims and survivors of the Nanjing Massacre. In our worst moments, humanity is capable of terrible violence. The pages of history are replete with stories of unconscionable horror. In our best moments, we learn from our pasts and make changes that preserve peace for the future. As world events continue to demonstrate, our diversity and democracy cannot be taken for granted. The values of tolerance, inclusion and peace must be continuously reaffirmed. Nanjing Massacre Commemorative Day is a further example of Ontario standing up for its citizens, standing up for diversity, and most importantly, standing up for its values. On December 13, I encourage my fellow Ontarians and Canadians to join me and their community members to reflect on, remember and recognize the Nanjing Massacre.