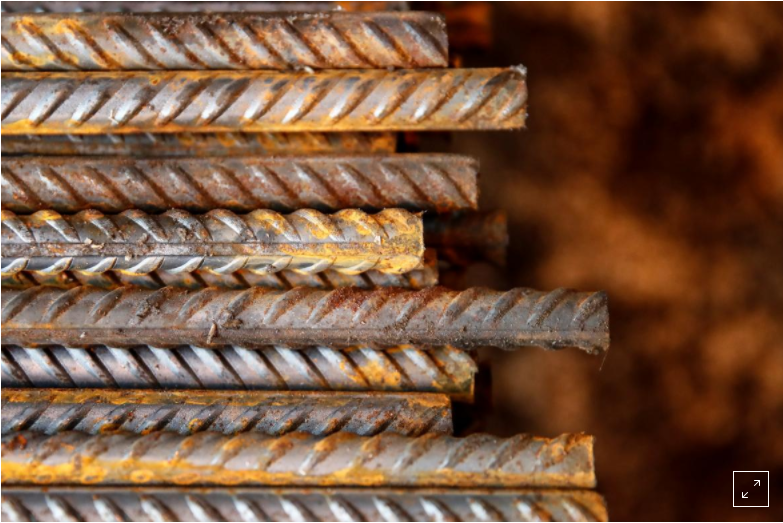 The prospect of 25 percent U.S. tariffs on steel imports has raised fears of a global trade war but steel producers outside North America believe they can weather the storm without too much disruption to their business or steel prices.

While the United States imported 36 million tonnes of steel in 2017, with Canada, Brazil and South Korea the leading suppliers, that was less than 8 percent of global steel market traded volumes of 473 million tonnes during the year.

Also, while tariffs would price some imports out of the U.S. market, analysts at consultants Wood Mackenzie estimate that at most 18 million tonnes would be diverted to other markets - or less than 4 percent of annual traded volumes.

“The volume is relatively small and won’t have a big impact on prices,” said Roberto Cola, vice president of the ASEAN Iron and Steel Council (AISC), which represents steelmakers in Southeast Asia.

“It’s not the commodity, it’s the act of unilaterally imposing tariffs. Nobody does that. Usually there’s a process, there are trade remedies. This is out of the ordinary. It so happened there’s a strong steel lobby in the U.S,” said Cola.

Capital Economics chief commodities economist Caroline Bain said global markets and U.S. trading partners were on edge because they feared the new tariffs were the first of many to come, rather than over concerns about the metals sector.

The research house expects U.S. steel to end 2018 at $700 per ton, up from $476 a ton before Trump was elected in October 2016, but believes Chinese prices won’t be hit because the its steel exports to the United States have collapsed.

The White House said Trump is set to sign a presidential proclamation to establish the tariffs by the end of the week, with a 30-day exemption for Canada and Mexico which could be extended.

Despite the decline in Chinese steel exports in recent years, analysts say Trump’s tariffs are first and foremost aimed at China.

Its industrial expansion created massive overcapacity in the steel sector and surging exports, which forced some producers to export to markets such as the United States, weighed on global steel prices, and hurt U.S. steelmakers.

The U.S. president has blamed subsidized or unfairly traded industrial goods from China for decimating U.S. industries such as steel and coal and he ran for election on a ticket of restoring blue collar jobs.

The China Iron and Steel Association, the powerful industry body in a country that produces half the world’s steel, said the tariffs would have little impact. China only exports 0.1 percent of its overall output to the United States.

By contrast, steel markets in Europe, a key U.S ally, have more to lose.

Still, analysts say the risks are contained even for Europe as it could be protected from redirected steel thanks to so-called safeguarding measures Brussels is considering.

“The EU has talked publicly of enacting safeguard duties. Safeguards would replicate the protections in the U.S. and lead to a protected EU market above and beyond what we’re looking at today,” said Jefferies analyst Seth Rosenfeld.

He said that when former U.S. President George W. Bush instituted tariffs on steel imports in 2002, EU safeguards fully mitigated the risk of redirected imports and supported gradual but robust growth in the EU steel industry.

A source at a Europe-based steel producer said while steelmakers might be able to withstand the tariffs, the industry was trying to deter Trump from taking any action that would harm it, hence the strong rhetoric.

Tata Steel Europe told Reuters: “We welcome the announcement of the European Commission that appropriate and swift measures will be taken to safeguard our industry.”

“The EU must not allow the moderate recovery in our industry to be destroyed by the EU’s most important political ally.”

The Steel Exporters Association in Turkey, the sixth-biggest exporter to the United States said it did not expect a significant impact from the U.S. tariffs.

Russia, the fifth-biggest, said it expected some damage from U.S. duties, but said it would hit less than the EU and China.

Ratings agency Moody’s said Russian steelmakers’ exposure to the United States was either insignificant in terms of exports, or stemmed from their ownership of production facilities in the country.

For Asian steelmakers, Moody’s said the tariffs “would be manageable because exports to the U.S. account for relatively small portions of their total steel production”.

It said Korean steelmakers were most exposed, but big firms such as POSCO and Hyundai Steel would weather the storm because their exports were diversified, or because they relied strongly on their domestic market.

ArcelorMittal, the world’s biggest steelmaker, said while governments were right to take a tough approach to unfair trade, the only way to create a sustainable industry was for “steel-producing nations to work together to address global overcapacity”.

The cuts have driven global steel prices 60 percent higher since late 2015, according to consultants MEPS

The global steel sector is still straddled with excess capacity in China and beyond however, and the U.S. fears China could again export its cut price excess steel if faced with a downturn at home.