OPINIONS Worried about inflation and recession? The worse is yet to come

Worried about inflation and recession? The worse is yet to come 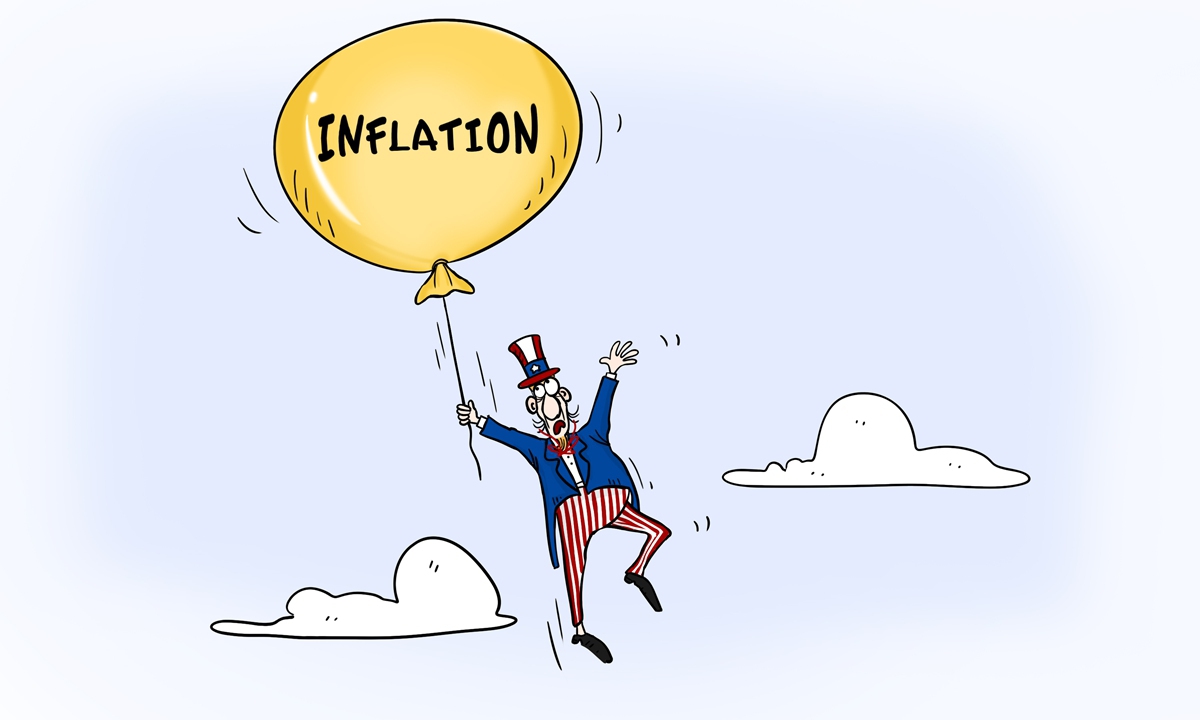 Hyper-inflation is embroiling nearly all major economies in the world, the US and Europe in particular, which is spreading and exacerbating around the globe now. The immensely loose and at the same time highly irresponsible financial policy adopted by many central banks is the direct cause of the current spell of voracious inflation, which has seriously eroded our livelihood.

Lawrence Summers, the former US Treasury secretary and also president of the renowned Harvard University, who is deemed a "genius economist" in the global economic arena, was the first person to point out the danger of the Federal Reserve's QE (quantitative easing) and Biden administration's generous fiscal stimulus spending to revive the pandemic-battered US economy.

About 12 months ago, Summers warned that the US government's spending splurge would lead to elevated inflation, and the US economy has 1/3 possibility of falling into a recession at the end of 2022, but his stark warning was refuted by the White House, which stubbornly believed inflation would be only transitory. As a result, Summers, once a strong contender for the Federal Reserve chairman, waned into oblivion since he made public his (accurate) prediction of incoming inflation.

Now comes the reality check - the Fed was forced to raise benchmark interest rates by a staggering 75 basis points in June, a move rarely seen in the past 30 years. And, another 75-bp raise is possible in July, as the US central bank is obliged to tame runaway inflation, which surged to 8.6 percent in May. Incumbent US Treasury secretary Janet Yellen has publicly admitted that she misjudged the velocity of inflation in her country, though President Biden has denied to take the blame.

Almost all global and regional economic research institutions have significantly lowered their growth forecasts for the world economy' growth in 2022, and all the way down to 2024. And, some economies are unlikely to see a pickup in growth until 2025, and this dim scenario is distressing many people in the world, and the gap between the rich and the poor will expand in most Western economies.

What happened today will drive us to recall the stagflation that swept across the world in the 1970s which the majority of the world's economists claim was triggered by then Middle East oil shock. History sometimes does repeat itself, good and bad. And the root cause of the resurrecting economic crises is that we human beings have learnt little from the past.

Recession or stagflation means agonizing time and poorer life ahead. So what actually caused the recent wave of skyrocketing inflation and how will it evolve? There are probably three factors that collectively functioned and intertwined, causing inflation to raise its ugly head in the US before transmitting to other places.

First, the Trump administration, recalcitrant and reckless as it was, suddenly turned protectionist and unilateralist, and it reversed course on globalization in order to serve its "America First" ideologue. The US' de-globalization led to seriously disrupted global industrial supply chains, higher investment and trade barriers, with Trump's signature tariffs wars and tit-for-tat counter attacks by other countries causing a steep spiral of commodity prices the world over.

Second, inflation is always a monetary policy problem. Just take a retrospect of what the central banks have done in easing their financial policies in the wake of the Covid19 assault in 2020. The central banks of the US, Japan and the EU all initiated and counted on cascading QE operations to make their economies afloat. But it is against financial ABCs for them to slash interest rates to zero or even below zero, just to avoid economic downturns.

And, bizarrely, the central banks snapped up the debts issued by their respective governments. Take the Federal Reserve for an example, before the subprime mortgage crisis in 2008, the size of the Fed's balance sheet was less than one trillion dollars, by 2015 it rose to $4.8 trillion, and by the end of 2021, it surged to as high as $10 trillion. Now, the world's major creditors start to dump the US debts, which will force the Fed to continue to purchase hordes of Treasury bonds. By 2035, the size of the Fed's balance sheet may exceed $25 trillion, as claimed by some economists. So, inflation may persist in the US for a prolonged time to come.

Third, in recent years, the aggressive and bullying foreign policy of the US has caused a displacement of the world's leading resources. For instance, countries including Venezuela, Iran, Libya and now Russia, which are among the world's top 10 countries of oil reserves, have been successfully expelled or largely curtailed from the international energy market, with production capacity of many countries severely damaged and difficult to restore. As a result, a shortfall of oil has emerged, sapping the global economy.

At approximately this time in 2008, the international crude oil price reached a high of $147 per barrel, and who knows whether that record will be rewritten in 2022 or 2023? So long as the prices of oil, natural gas and other industrial materials hover in the sky, and the US government keeps playing its zero-sum geopolitical game and fragmenting and dividing the world into different, hostile and even confrontational groups, the US dollar's global reserve currency status will disintegrate, and stagflation will continue to haunt the country and a large swath of the world.