Xenophobic targeting of US minorities unpalatable 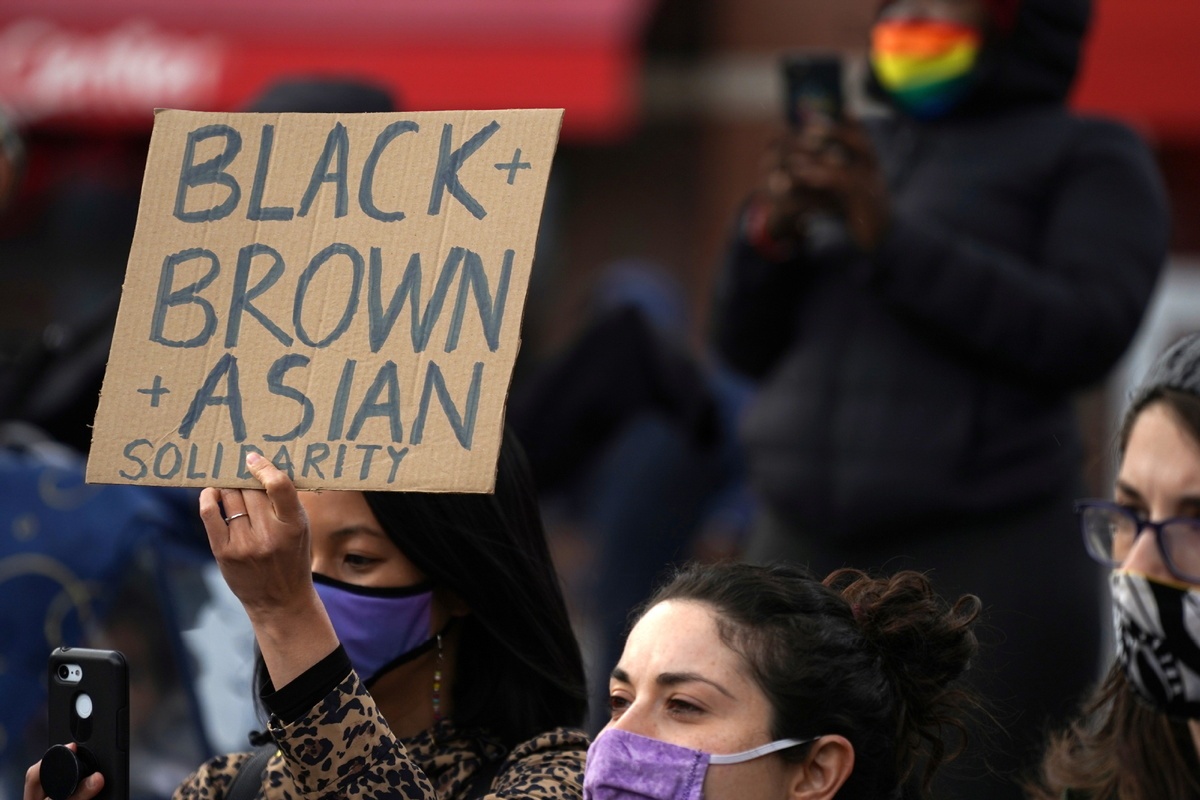 Dozens of cities in the United States have seen mass protests following the killings of some members of minorities, and the demonstrations continue unabated and have increased in intensity.

The protests are aimed at nudging US authorities to take concrete steps to stem the spiraling wave of hate crimes against minority groups. Asian Americans in particular have faced racial attacks, harassment and other discrimination against the backdrop of the raging COVID-19 global health crisis. In April, eight people, including six women of Asian descent, were gunned down in Atlanta.

The pandemic-inspired hatred of Asians, and Chinese in particular, was made worse by the remarks of former US president Donald Trump. Against the advice of the World Health Organization, Trump repeatedly referred to the novel coronavirus that causes COVID-19 as "Chinese flu". The discriminatory and antagonistic stance by the Trump administration against Chinese stoked xenophobic attacks directed at Chinese living in the US and in other places around the world.

In March alone, 6,603 reports of abuse or attacks against people of Asian descent were recorded by Stop AAPI Hate, a California-based nonprofit organization that tracks incidents of violence against Asian Americans and Pacific Islanders.

In the bigger picture, another organization, the Anti-Defamation League, which says its mission is "to stop the defamation of the Jewish people and to secure justice and fair treatment to all", has said white supremacist propaganda disproportionately surged in 2020, with 5,125 cases of racist, anti-Semitic and other hateful messages spread through flyers, stickers, banners and posters.

The elderly have particularly come under increasing threat of physical assaults, compounding their already challenging experience amid the pandemic.

During such outbursts of negative energy targeting minority groups, innocent individuals－some of whom have lived their entire lives in the US－are subjected to disparaging and inhumane treatment, including physical assaults and killings.

Yet discrimination and maltreatment of minorities in the US do not start and end with Chinese or individuals of Asian descent. African Americans have for decades been subjected to unfair treatment by state and individual actors, in a practice stretching back to the epoch of slavery. African Americans have experienced relatively high infection and death rates from COVID-19 compared with other groups in the US. The black community also lags in vaccinations.

In a world of complex interdependence and unprecedented cross-border mobility, xenophobic attacks on one community could easily pose a risk to lives of people in other countries and regions. This is why it is important to cut the vice at the source in order to secure the broader welfare of every individual, regardless of their geographical origins.

US authorities should therefore undertake all practical and legal measures to protect the rights, safety and well-being of minority groups. Among other steps, President Joe Biden has signed a memorandum issuing guidance on how the Justice Department should respond to the escalating number of anti-Asian incidents. Biden has also banned the use of geographical names and labels when referring to COVID-19. These are certainly laudable steps, but more needs to be done.

In order to effectively address the root causes of the violence and bias against minority groups in the US, and indeed around the world, there should be targeted and sustained education on the dangers of ethnocentrism. A closer examination of the profiling reveals deeply held historical and racial prejudices that seek to place some races or nationalities above others. Unless this is reversed through systemic education, the symptoms will always outweigh the causes.

US authorities must take firm and decisive legal action against perpetrators of such xenophobic expressions, attacks and biases against minorities. All efforts should go toward making every person in the US safe from physical, mental and emotional abuse.

Instead of disparaging other societies' human rights records, the US should turn the torch inside and make peace with its own troubled record of keeping minorities safe.

The writer is a Kenya-based international relations scholar with a focus on China-Africa relations.