Chinese President Xi Jinping announced at the Forum on China-Africa Cooperation (FOCAC) in Beijing, held on September 3-4, that China follows the “five-no” approach in its relations with Africa. The “five-no” approach includes: no interference in African countries’ pursuit of development paths that fit their national conditions; no interference in African countries’ internal affairs; no imposition of China’s will on African countries; no attachment of political strings to assistance to Africa; and no seeking of selfish political gains in investment and financing cooperation with Africa. 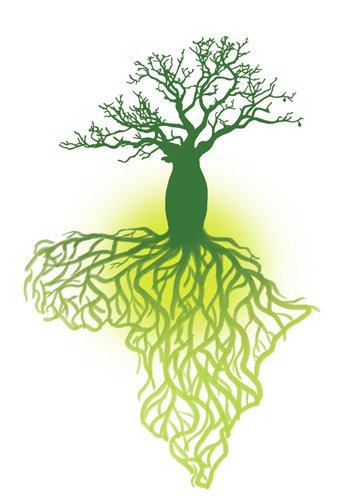 President Xi’s speech addressed the major issues affecting Africa’s current business and development landscape while illustrating the principles behind China’s stance. China has made a significant impact on creating a favorable global environment that has benefited development across the African continent while eliminating obstacles between the cooperative efforts of both sides.

Misconceptions over African affairs have lingered for quite some time. Underdevelopment throughout the continent was mistakenly believed to have been caused by a lack of “political democracy.”

Western nations wanted those countries that they helped to replicate their political system. Western aid to Africa is typically accompanied with harsh conditions. Providing financial support has become a process that involves warping a nation’s political ecology.

Since many African nations announced their independence, each sovereignty has been constantly interfered with by Western countries, which has caused extensive erosion rather than development. These same forces do not intend to take over the African countries they help, but really just the opposite as they quickly let go once a certain amount of “forced guidance” is applied to a nation’s political apparatus. Such are the main causes for disruption, disorder and turbulent unrest that has always plagued the African continent. The aforementioned scenarios have grown to dominate particular regions during various periods.

The aftershock of Western colonialism and a warped foreign mentality have prevented Africa from developing on its own path, and have caused many of those nations to fall behind other continents.

China’s monolithic development continues to outpace itself with surprising results. It has taken the road that suits the nation best, and as a result, the world has been able to witness a profound transformation that began 40 years ago with reform and opening up. The country is not burdened with an unrealistic mentality over Africa, nor is there a strategic egoism to “dominate” or “lead” any of the nations on the continent. Developing a greater level of cooperation merely is an organic component of China’s opening up to the world. Therefore, China-Africa cooperation has always remained on a realistic and fresh path.

China is the modern version of industrialization. Four decades of reform and opening up was the acceleration period for today’s industrialization. This is what the African continent needs, so that it can achieve the same level of modernization. China has provided nations throughout Africa with their greatest industrialization needs and technological advances, along with a multitude of essential resources. The partnership has always focused on establishing a foundation for modernization, rather than forcing another country to make a political setback of some kind. Sino-African relations have painted a new horizon for other countries to gaze upon within the arena of global cooperation.

The China-Africa cooperation is successful, clearly evident by the welcoming attitudes displayed toward Chinese investment, and the way the African nations turn up their noses to Western opinion attacks on the overall relationship. Although Western media has made groundless accusations on the relationship, Africa’s evaluation has been decisive. When Africa welcomes Chinese investment, the high volume of opposition fades into the noise.

The “five-no” and the “four-can’t” approaches emphasized by Xi are the combined results of successful experiences between China and the African continent. They are also suggestions for other countries to choose the right approach when it comes to African affairs, for the sake and interests of the African people.

China hopes that all parties can closely examine the successes of such a historical cooperation and do so with a positive attitude. It is time to break free from the narrative of strategic selfishness, and together promote scenarios that will give rise to multiple win-win results in African affairs.

The “no interference in African countries’ pursuit of development paths that fit their national conditions” and “no seeking of selfish political gains in investment and financing cooperation with Africa” from the “five-no” approach are especially new. China believes that they will bring their own touches.

The “five-no” and “four-can’t” are truly inspiring. They correct the concepts of rights and point to the justice of the day. President Xi’s points will definitely leave a deep mark on the history of relations between the African continent and China, and the entire world.