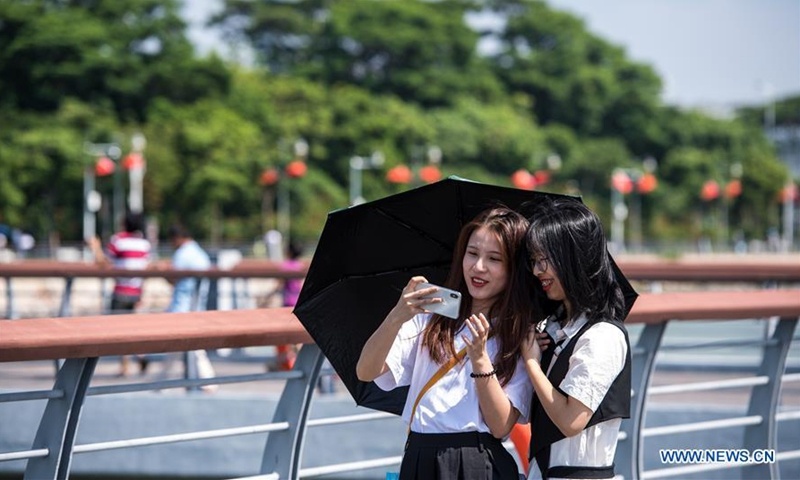 The visit of Chinese President Xi Jinping to Shenzhen - the country's reform pioneer - later this week is expected to send out a clear signal amid growing external uncertainties and US-led geopolitical crackdown that the country will unswervingly adhere to its unique path of development, and its socialist model, which has been put into practice in the city and has proven to be a success, analysts said.

Xi is scheduled to visit Shenzhen, South China's Guangdong Province, this week and attend a celebration marking the 40th anniversary of the establishment of the Shenzhen Special Economic Zone (SEZ), to be held in the southern Chinese city on Wednesday morning. This marks Xi's third official visit to the city - one of the first SEZs set up in the early days of the country's economic reform and opening-up in 1980s - since he assumed the post of general secretary of the Communist Party of China (CPC) Central Committee in 2012.

The visit also comes ahead of a key CPC meeting late October during which China's policymakers will discuss the 14th Five-Year Plan (2021-25) for national economic and social development.

Which aim to build Shenzhen, a city neighboring Hong Kong, into a socialist demonstration area in the next five years, underscoring the country's determination of further opening-up amid growing external pressure, as well as its ambition of integrating its reform pioneer deeper into a greater bay area that could rival others like Tokyo and San Francisco.

Ahead of Xi's visit, the central government unveiled detailed implementation measures on Sunday which aim to build Shenzhen into a socialist demonstration area in the next five years. The effort underscores the country's firm resolve to build the southern city into a new driver of regional growth while further integrating the two Special Administrative Regions (SARs), Hong Kong and Macao, into the country's development plans.

The central government announced its plan to build Shenzhen, the city that led China's reform drive, into a pilot demonstration area of socialism with Chinese characteristics in August 2019.

"Over the 40 years, Shenzhen has grown from a small fishing village into an astonishing megacity with its overall GDP surpassing the neighboring Hong Kong, driven by opening-up and innovation … this celebration is more like a declaration to the world of Shenzhen's success, which has become a role model for other Chinese cities," Cao Heping, professor with the School of Economics of Peking University, told the Global Times on Monday.

This message has apparently become even more important given the impact of the COVID-19 outbreak on the economy, in addition to the US-led Western hegemonic advocacy of decoupling from China. At a time when some Western politicians and media are sparing no efforts in casting doubts over whether China can really succeed in its socialist model of development, even smearing the leadership of the CPC, the unstated fact would be told through the story of Shenzhen that this model would continue thriving, analysts said.

Focus on the Greater Bay Area

Carrie Lam, chief executive of Hong Kong SAR, will also lead a delegation of Hong Kong officials to attend the celebration, according to the official announcement on Monday. Hong Kong media reports also suggested that Xi will likely meetLam and Ho Iat Seng, chief executive of the Macao SAR, during the visit. It would be the first meeting between Xi and Lam after the national security law for Hong Kong took effect at the end of June, which helped put an end to the social turmoil triggered by the anti-extradition bill protests in Hong Kong in June 2019 and restore stability to the riot-hit city.

As the country's first special economic zone approved on August 26, 1980, Shenzhen saw its GDP surpass the neighboring Hong Kong in 2018 for the first time, reaching 2.69 trillion yuan ($389.2 billion). The city's success has been part of China's economic reform and opening-up, which is a process of shrugging off outdated ideas and trying new things, while forging ahead with fresh progress and achievements.

Honoring such spirit has become much more important at this critical moment as it also reflects the top Chinese authority's determination to continue opening-up amid growing external pressure, especially the US-led pressure on China on multiple fronts from trade and high technology to ideology, analysts said.

"Shenzhen has a unique role in driving growth in the Greater Bay Area. Due to the political turmoil and COVID-19 outbreak, Hong Kong could not fully play its role in leading the Bay Area growth, while Macao has limited economic scope, which makes Shenzhen significant," Li Xiaobing, an expert on Hong Kong affairs at Nankai University in Tianjin, told the Global Times on Monday.

As part of China's next five-year economic plan, the Greater Bay Area development would also speed up, in which Shenzhen will continue playing its role as a frontrunner and testbed for new policies and systematic reforms. 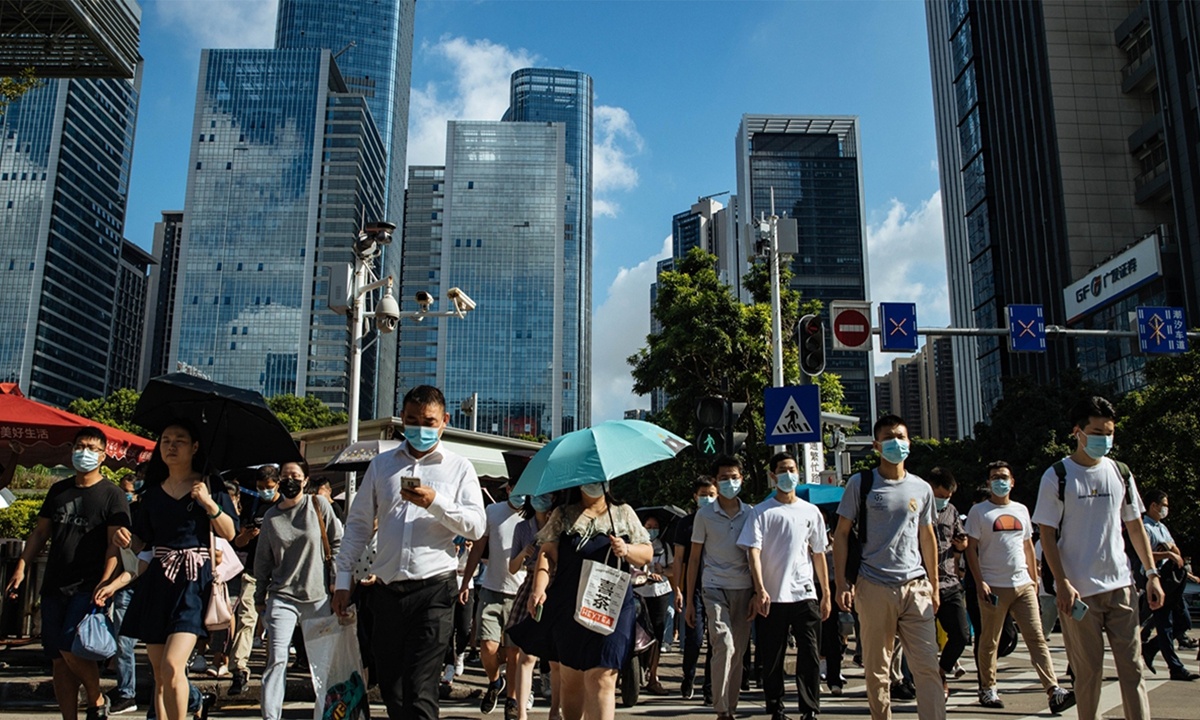 By introducing more supportive policies to Shenzhen to ease market access to foreign capital, attract more investment and streamline administration for helping business growth, the central government unveiled a package of new measures - seen as a giant gift package - to Shenzhen, enabling the market to play a bigger role in allocating resources and local authorities to draft rules.

Like many other cities in China, Shenzhen also needs to transform from export-driven to a "dual circulation" growth model by relying on both domestic and overseas market and upgrading its supply chain, Cao noted.

The city, which is known as China's Silicon Valley, is home to many high-tech and start-ups, some of which such as Huawei, Tencent and DJI, are on the target list of the Trump administration for export control and sanctions.

Wang Weizhong, Shenzhen's Party chief, also pledged to fix the loopholes of local industries by accelerating building up national labs and innovation highlands to reduce reliance on US technologies.

On Monday, Xi arrived in southern China's Guangdong Province to begin an inspection tour of the province. His first stop was Chaozhou where the Chinese president inspected the renovation of cultural relics and visited a local manufacturer engaged in electronics components and advanced materials manufacturing.

Focused on self-developed technologies and innovation, the factory is also a major supplier to domestic and foreign firms like Tesla, Apple, GE and Huawei, according to a footage of China Central Television.

The main message that Xi's visit is expected to deliver is the need to accelerate development of homegrown technologies in face of US pressure, analysts said.

The lessons of Shenzhen would also provide direction for the future development pattern of China, where industrial upgrade has become an urgent task with the overall GDP volume reaching the top level worldwide. As the leading force in the next round of China's reform and opening-up, Shenzhen is likely to achieve the goal of modernization in advance in the next five to 10 years, providing a reference for the rest of the country, analysts said.