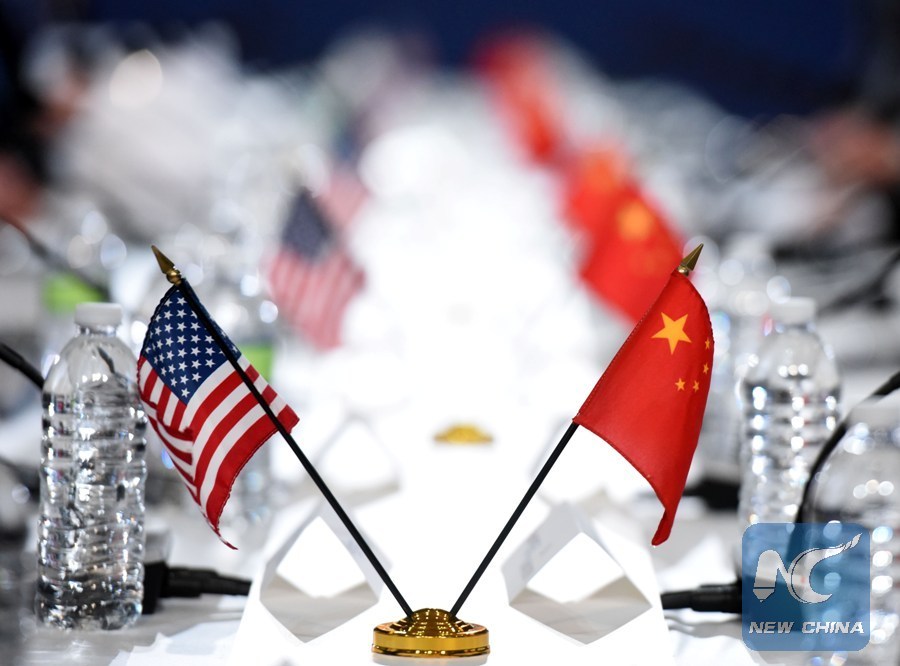 BEIJING, Dec. 2 (Xinhua) -- Positive signs have come from the meeting between President Xi Jinping and his U.S. counterpart Donald Trump in Buenos Aires, Argentina on Saturday.

Important consensus has been reached. The two leaders decided not to impose new tariffs and raised a series of constructive proposals to properly settle existing differences and issues.

The two leaders have jointly charted the course for China-U.S. relations in the next stage and injected impetus into healthy and stable development of bilateral ties, opening up new prospects for win-win cooperation.

This is good news for both countries, and a relief for the international community.

Saturday's meeting put the brakes on escalating trade friction between the two countries. The two sides decided to avoid escalation of trade restrictive measures and will work towards lifting all additionally-imposed tariffs.

The China-U.S. economic and trade cooperation is mutually beneficial in nature. It has brought tangible benefits to the two peoples in the past nearly 40 years, since the establishment of diplomatic ties.

Trade differences and friction between the two countries should be settled in good faith through dialogue. After all, China and the United States have more common interests than differences. Their demand for cooperation is greater than friction.

The outcome of Saturday's meeting needs to be cherished. The economic teams of the two countries should follow the consensus reached by the two heads of state, focus on cooperation, accommodate each other's concerns and engage in negotiation, to keep bilateral trade and economic relations on the right track and achieve win-win results.

Due to the sheer sizes of both economies and the complexity of their economic relations, substantial settlement of differences will take time. This is why China and the United States need to meet each other halfway, enhance mutual trust, focus on cooperation and manage differences.

China and the United States can and should ensure the success of their relations. The people of both countries will benefit as will the rest of the world.

By acting with sincerity, there is no issue between China and the United States that cannot be solved.