In a phone conversation on Saturday requested by US President Donald Trump, Chinese President Xi Jinping and his US counterpart expressed hope that the two countries may reach agreements beneficial to both sides and the rest of the world. The phone conversation has attracted much attention from the media and analysts of both sides. 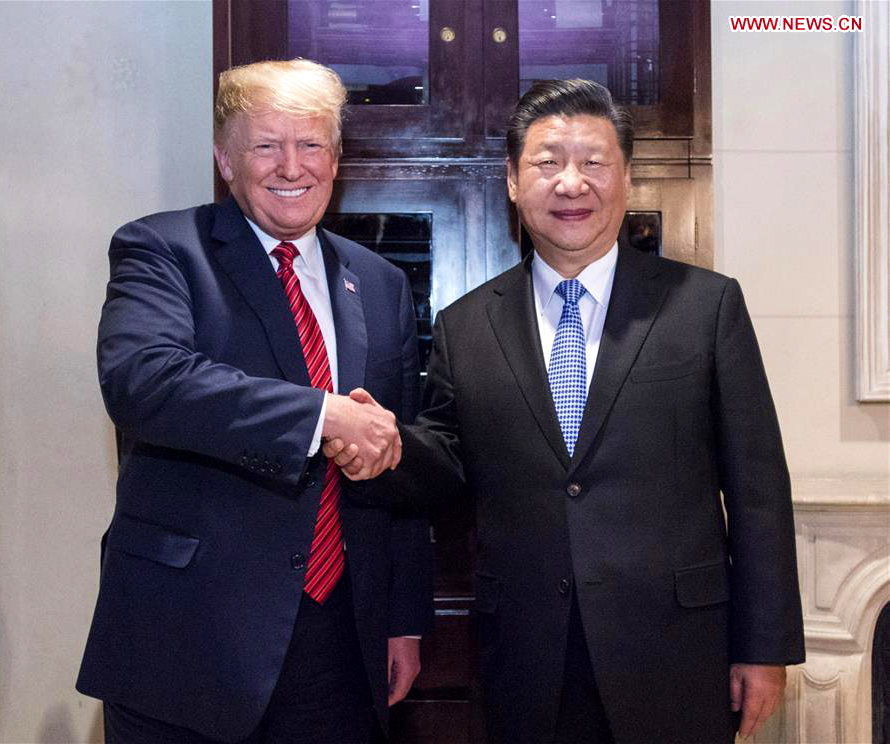 Beijing-based analysts say that as China and the US embrace the crucial moment of the 40th anniversary of the establishment of their diplomatic ties, the talks between the two heads of state indicate that reducing differences through cooperation and promoting stability through dialogue are becoming the consensus of both sides.

Since the beginning of December, workgroups from both countries have been actively pushing forward the implementation of the consensus reached by the two heads of state during their meeting at the G20 Summit in Argentina. In addition to multiple deputy ministerial-level discussions and consultations on issues such as trade balance and protection of intellectual property rights, China has resumed procurement of American agricultural products and announced suspension of new tariffs on cars and auto parts from the United States. For now, the two sides are planning to restart face-to-face negotiations and consultations to ensure further implementation of the consensus reached by the two leaders.

Analysts in Beijing have pointed out that demonstrating sincerity and meeting each other halfway are important conditions for an early agreement. Gain from cooperation or lose from confrontation - it's a lesson and enlightenment derived over the 40 years since the two countries established diplomatic relations. The experts say it's clear that only by strengthening exchanges and cooperation in various fields, respecting each other's key interests, and promoting Sino-US relations based on coordination, cooperation and stability can we better benefit the two countries and the rest of the world.

Reports carried by the Wall Street Journal say that the good communication between the two heads of state and the smooth development on trade consultations have injected confidence into the turbulent stock market in the United States. Articles carried by Bloomberg note that the two presidents spoke at length by telephone, with each expressing satisfaction with trade talks initiated after their meeting earlier this month in Argentina. It quoted a statement from China's foreign ministry as saying that the bilateral relationship had "traversed a tortuous journey" to the milestone and were "standing at a new historical starting point."