BEIJING, March 17 (Xinhua) -- Just ahead of the high-level strategic dialogue between the United States and China in Alaska, Washington on Wednesday announced fresh sanctions against Chinese officials, which once again revealed the bullying and hegemonic nature of the world's sole superpower. 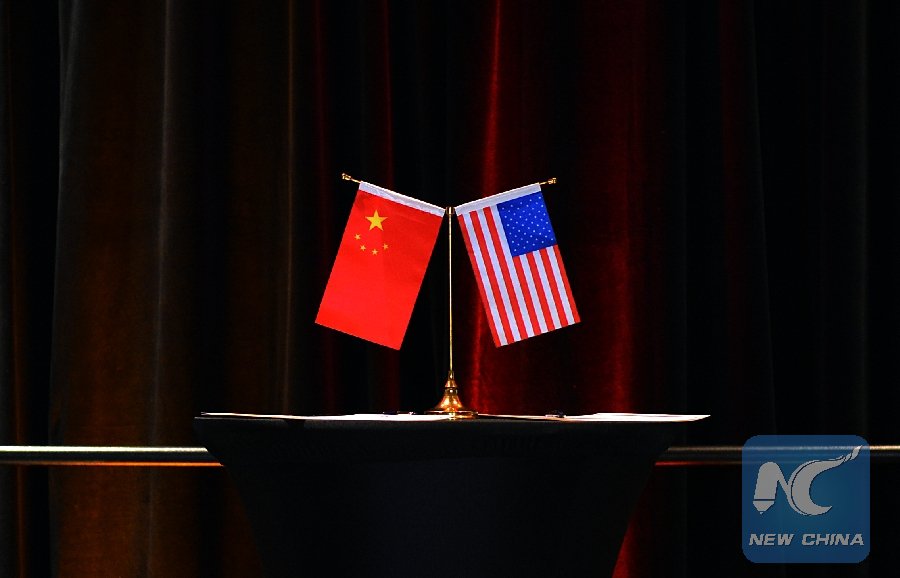 However, Washington claimed that the actions of the designated officials "have reduced Hong Kong's high degree of autonomy" and released an update to the so-called "Hong Kong Autonomy Act" with new sanctions.

Improving Hong Kong's electoral system is one of such internal affairs, in which foreign countries have no right to interfere.

The aim of improving the electoral system is to ensure the effective implementation of the fundamental principle of "patriots administering Hong Kong." China's National People's Congress' decision will effectively prevent anti-China disruptors from utilizing the loopholes in the current electoral system, and fundamentally safeguard Hong Kong's political stability and security.

Meanwhile, it is a basic and internationally-acknowledged political principle that only patriots can govern.

The U.S. House of Representatives has recently passed an election reform bill targeting its voting procedures. Then why, when China improved Hong Kong's electoral system, did the United States recklessly meddle in China's internal affairs and even impose sanctions?

For a long time, the United States has been addicted to sanctioning others, but the sanctions will never intimidate China.

"America's excessive reliance on sanctions will come back to haunt it," political commentator Fareed Zakaria wrote as the title for his opinion piece published in The Washington Post last August.

The so-called sanctions announced by the United States are part of its plot that the country and the West would like to employ to contain China. Some politicians do not want to see prosperity and stability in Hong Kong, and tend to use Hong Kong as a leverage to disrupt China's development.

The United States' hegemonic acts targeting Chinese officials and Hong Kong affairs have sent a completely wrong message to the international community. Washington will see that sanctions are never an effective tool to pressure China, including those ahead of the Alaska meeting.