Xinjiang: What the media never reports

There is a popular idiom, if you want to kill a dog, you start by giving it a bad name. The application of this strategy by belligerent parties, especially the power being exerted to contain their opponents, have been seen over the years. 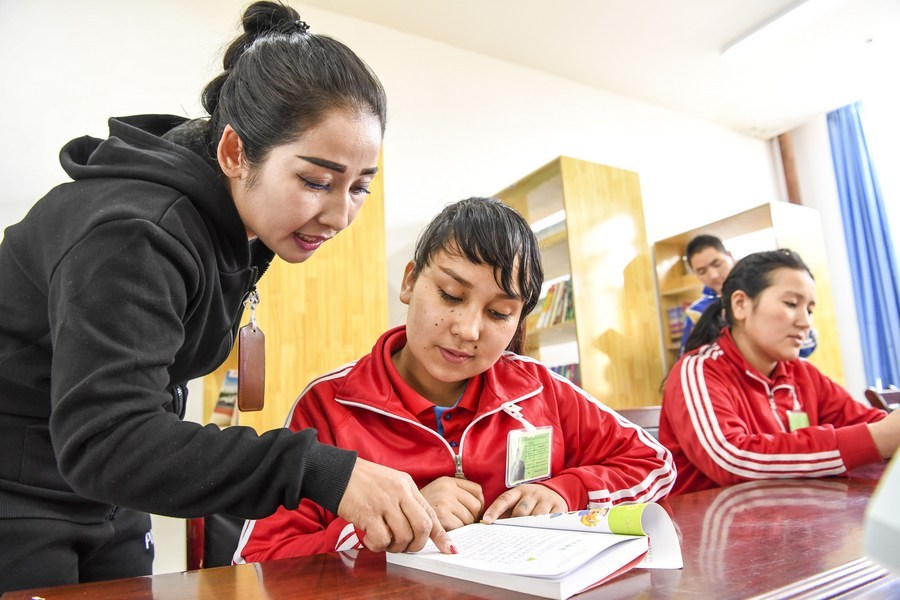 Following this strategy, politicians have first given a bad name to their targets, with the media following with uncritical coverage, taking the stance of the politicians to create a ground for attacks on the targets. The same strategy has been applied to former Iraqi President Saddam Hussein, Libyan leader Colonel Muammar Gaddafi, and Syrian President Bashar al-Assad, just to name a few.

Now the global superpower has replaced its target with China. Considering the rise of China as a threat to their illegitimate dominance, the US-leaning media have adopted the strategy of giving bad names to China, sparing no efforts to tarnish the image of the socialist nation. Launching a widespread propaganda war against the second-largest economy of the world, certain media and journalists are leaving no stone unturned to stigmatize China

The US politicians and selective media, enticed by the geo-strategic location, natural resources, and Muslim population of the region, have chosen Xinjiang as an easy and convenient target.

As a result, Xinjiang often hits the headlines with the partial media reporting false and fictitious news. They have already disseminated several fake stories like forced labor and birth control, concentration camps, destruction of mosques, and they refrain from reporting any positive news about this region to their audiences.

They have long been portraying the vocational education and training centers of Xinjiang as so-called concentration camps. However, the media have failed to report that through vocational training, Xinjiang has built a large knowledge-based, skilled and innovative workforce that meets the requirements of the new era. Every year from 2014 to 2019, Xinjiang provided training sessions to an average of 1.29 million urban and rural workers.

The media have suppressed the news that trainees have mastered at least one skill with employment potential, and the vast majority of them have obtained vocational qualifications, skill level certificates or specialized skill certificates, allowing them to go on to find stable employment. The vocational training has contributed to a steady increase in the income of residents and workers.

The average annual increase in urban employment was more than 471,200 people.

The anti-China media outlets generally seek stories of what they refer to as a violation of labor rights in Xinjiang, but they never see China's commitment to the people-centered philosophy of development, great importance to job security, high priority to employment, and pursuance of a proactive set of policies on employment.

The one-eyed media always overlook the fact that Xinjiang takes the facilitation of employment as the most fundamental project for ensuring and improving people's wellbeing.

The media never shares that through its proactive labor and employment policies, Xinjiang has continuously improved the people's material and cultural lives, guaranteeing and developing their human rights in every field.

The media outlets that favor the US fail to report that workers' job preferences have always served as an important reference for the local government of Xinjiang, which ensures that people can make their own choices about work and enjoy a happy life. While the Chinese government is committed to respecting citizens' right to work, safeguarding their legitimate labor rights and interests, and ensuring them a decent job, the media reports quite the reverse.

However, the State Council Information Office of China has disclosed the truth about Xinjiang the mainstream media have never told the world. No matter what the biased media reports, Xinjiang is a successful example of practicing international labor and human rights standards in underdeveloped areas with large populations of ethnic minorities.

The author is the China Correspondent of the Bangladesh Post