Xiong'an Path explores future development of China and the world 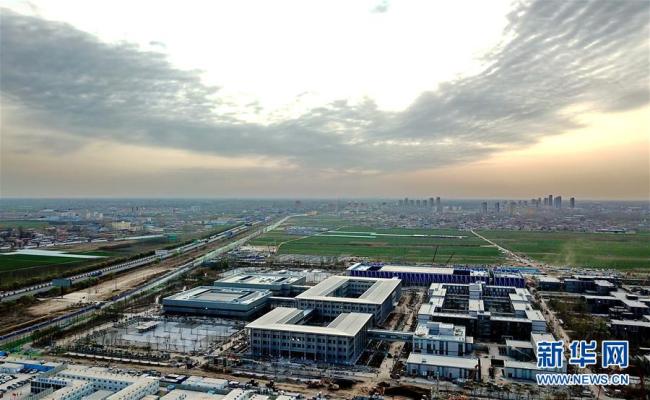 A remarkable city always emerges in every era.

On April 1, 2017, China's central government and State Council announced their decision to establish the Xiong'an New Area, bringing into being a landmark city as the country's Reform and Opening Up enters a New Era. It is a major historic and strategic choice made by the Central Committee of the Communist Party of China with Comrade Xi Jinping at its core. The city joins the Shenzhen Special Economic Zone and the Shanghai Pudong New Area as another "new area of national significance," and will be a strategic asset of lasting importance.

Today is the first anniversary of the foundation of the Xiong'an New Area. When we look down on the city through the eyes of a drone, we see that the one-year-old district is full of vigor and vitality. And it is not only the changing face of the newly-born city that impresses us, but also what is reflected in the development of Xiong'an: the great momentum of China's New Era.

The new area is a place where a regional Public Services Center has sprung up over the past year within a people-oriented "smart city" framework; where a tree plantation project supported by big data with "Beautiful China" as its core stretches for miles, and is expected to cover 110,000 mu (over 7300 hectares) by the end of this year; where a high quality high-speed rail line with a top speed of 350km/h linking Beijing and Xiong'an is being constructed, the product of high-end manufacturing and information intelligence; where more than 100 high tech companies have registered vowing to innovate development.

Although what we see now is only a small part of a great city whose magnificent visage is still coming into being, it is enough to show what kind of city of the future it will become: It will be a smart city, an ecological city, and one characterized by world-leading, green, modern, innovative development, a city that supports Reform and Opening Up where people and nature coexist in harmony.

The first year of Xiong'an's development demonstrates that the city's future path will be both innovative and integrated. Xiong'an is to China is as China is to the world, with a kind of special connection and resonance.

And China's confidence in its socialist path is unceasing. As a developing country, China has become a promoter, even a leader, in free trade and innovation. The country is on the threshold of a great rejuvenation. It will by no means be a simple repetition of its prosperous Tang or powerful Han Dynasty in ancient times. Rather, it will be another great leap forward on basis of having absorbed the advancements of both Eastern and Western civilization, bringing new benefits to all of mankind. It is a great exploration of the road to global development and prosperity.

People-centered and future facing, inclusive of both what is ancient and modern, and intensifying the power derived from the New Era of China's Reform and Opening Up: this is how Xiong'an stands as a new city. The development and success of Xiong'an will witness not only the great rejuvenation of China, but also a new integration with and prosperity in the world.